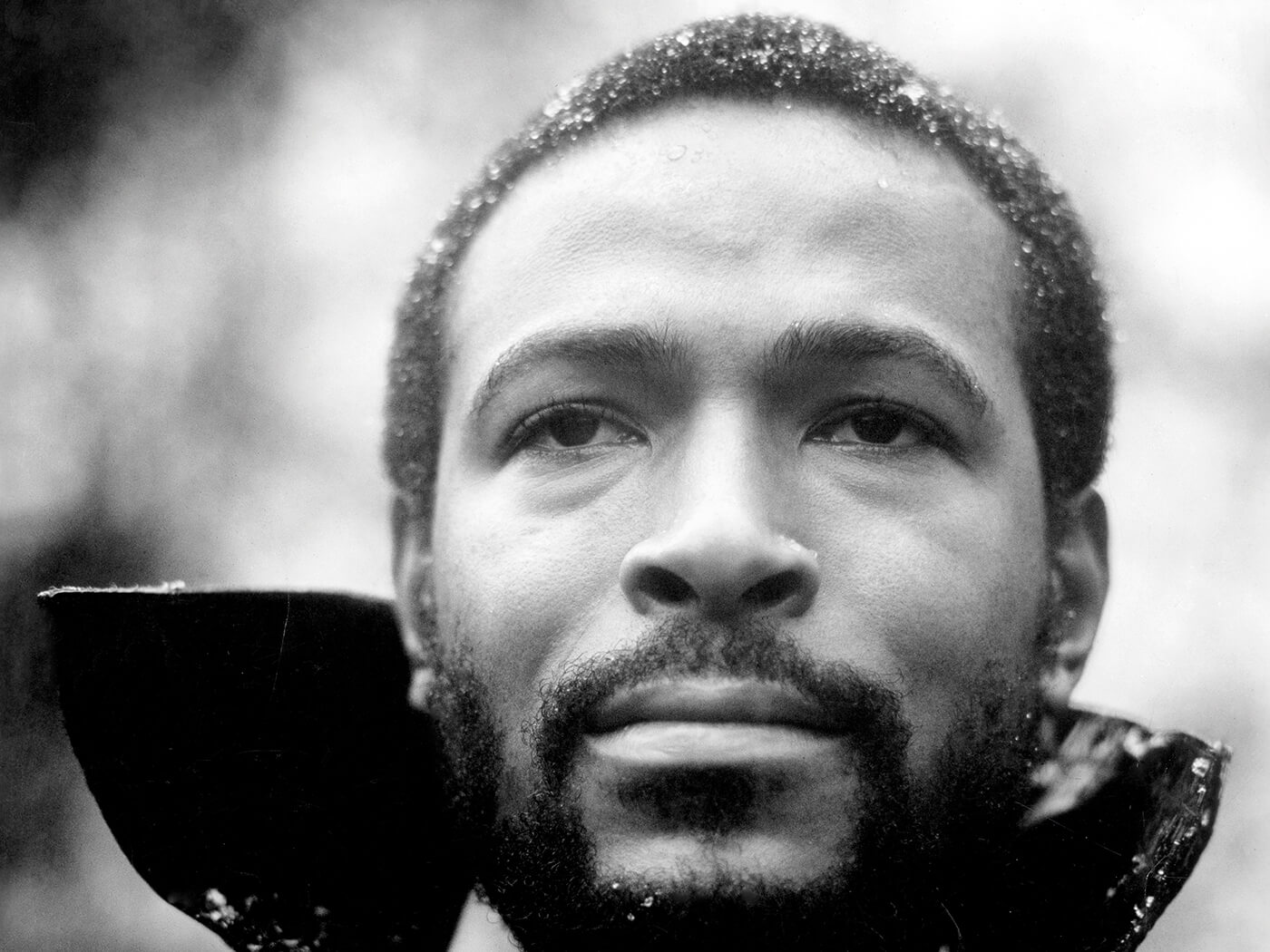 Fifty years on from its initial release, Marvin Gaye’s masterpiece still sounds like an argument wrapped in a dream. Structurally, it has the shape and logic of a sermon, sounding both urgent and relevant to the turmoil of the moment. At the same time, its rhythms, and the timbre of Gaye’s voice, reach for something universal; a kind of peace, the reassurance of timelessness. The album is a religious thing, but also an inquiry into the notion of faith.

Gaye had a lot of questions in 1971. Some of these were personal, some were political. Many of them inhabited the part of the Venn where the personal and the political overlap, a voguish idea in the late-1960s, and the seed of what later became identity politics. What was on Gaye’s mind? Nothing particularly trivial. After a polite introduction – what’s happenin’? – he moves on to thornier questions. Who are they to judge us, simply ’cos our hair is too long? War is hell, when will it end? When will people start getting together again? Are things getting better, like the newspaper said? What’s been shaking up and down the line? Who really cares? Who’s willing to try to save the world? Who is to blame?

Reading through the lyrics now is to acknowledge that 1971 never went away. Gaye touches on conflict, prejudice, unemployment, drugs, ecology and other poignant details of “a world that is destined to die”. All the stuff.

But What’s Going On isn’t designed to be read. It is unusual for a protest record, in that its tone is not of anger or accusation. It is mellow, verging on numb. What’s Going On is also profoundly introspective. It imagines peace while mainlining pain.

The biographical influences on Gaye’s writing are perhaps less pertinent after 50 years of hindsight. But some understanding of Gaye’s state of mind is instructive. His tempestuous marriage to Anna Gordy (the sister of Motown boss Berry) was one obvious complication. Gaye was grieving the tragic death of his singing partner Tammi Terrell. His brother Frankie had returned from the Vietnam war, a changed man. Gaye himself was disillusioned with celebrity, and – as he told one interviewer – life in general. He was depressed, and had toyed, fruitlessly, with the possibility of becoming a football player.

Frankie’s experience is channelled directly in “What’s Happening Brother?”, and it is possible to view the whole album as a concept piece about a bewildered veteran taking stock of America on his return. But taking it literally underestimates the scope of what Gaye achieved. It’s worth noting too that the title track came first, and it wasn’t written with Gaye in mind. The song was prompted by a police attack on protestors in San Francisco, witnessed by Renaldo “Obie” Benson of The Four Tops. It was Benson rather than Gaye who wondered what was going on, working up the song with Motown writer Al Cleveland (the co-composer of Smokey Robinson’s “I Second That Emotion”). The rest of The Four Tops were less enamoured with Benson’s venture into social commentary, and an approach to Joan Baez reportedly went nowhere. Gaye, though, was intrigued and according to Benson added lyrics of his own, while spicing up the melody. Gaye made the song into something more like a story. He added the breezy chatter, and insisted that the title was a statement not a question. That small feint of punctuation alters the whole mood of the album.

Musically, it looked back to move forwards. Berry Gordy was unimpressed with the jazz influences on the sound and considered Gaye’s scat singing to be old hat. Gordy told Gaye that recording an LP of protest songs would end his career, but the success of the single prompted a pragmatic revelation, and he bet the singer he couldn’t record an album in 30 days.

The urgency of that deadline feeds into the record. The album plays like a deep dive into the themes of the title track, mining Gaye’s malaise. It glides from beginning to end. It grooves. Arguing for its significance, the critic Nelson George compared it to Sgt Pepper, but that is more a matter of canonical significance than musical style. The Beatles never approached the intense spirituality achieved by Gaye on What’s Going On.

The flow of the album also disguises its extremities. The conversational call and response of “Save The Children” is gently rendered. The singer sounds almost defeated, until strings and sax usher in his cries of “Save the babies!/Save the babies!” Such is the mesmeric quality of the music that the apocalyptic tone of the lyrics seems incidental, but Gaye is mired in biblical pestilence. “There’ll come a time when the world won’t be singing,” he croons, “flowers won’t grow… bells won’t be ringing”.

Without Gaye’s vocal command, such sentiments might sound cranky, but relief comes quickly in “God Is Love”. The album returns to earth with “Mercy Mercy Me (The Ecology)”, a solo composition by Gaye which describes a world of polluted air and poisoned seas, of overpopulation and radiation. Musically the celestial sweetness is foregrounded, while the turbulence of the saxophones offers a disturbing undertone, and the song ends with a psychedelic whimper. “Right On” takes the mood forward, though its roll call of contradictions (peace versus hatred, “enjoying ourselves” versus drowning in “the sea of happiness”) is given full expression before Gaye offers resolution with a vision of pure love which is, by the sound of his voice, both a sexual and an ecumenical matter. The album closes with the sublime “Inner City Blues (Make Me Wanna Holler)” with lyrics about the “have-nots” written by James Nyx, who also worked as a janitor in Motown’s offices. Nyx was inspired by a newspaper headline about the troubles of inner city Detroit, and when paired with Gaye’s sublime melody the song offers some relief in its crisp expression of political grievance, before giving way to a final reprise of the title track.

As an LP, What’s Going On is perfect. It is both sublimely mellow and full of jagged extremes. The urge to pull it apart and appreciate the mechanics of its peculiar subtleties is understandable. This vinyl edition adds an extra LP: a side of mono singles and B-sides, and four bonus tracks, three of which offer different mixes of “What’s Going On”. There is an unplugged intimacy when the horns and strings are removed, but when Gaye’s voice is absent, so is the song’s soul. The ‘stripped’ version of the song is previously unreleased and sits alongside “Symphony (Demo)” as a means of scratching into the lush surface of Gaye’s masterpiece. Reduced to a voice and the minimum of finger-snapping percussion, the religiosity of the singing is clear. Instructive as it is, ultimately the track is no more than half of a sandwich. “Symphony” appeared on the deluxe version of Let’s Get It On, but the improvised lyrics find Gaye still under the spell of What’s Going On. There is no great harm in these small acts of vandalism, but the adding and subtracting doesn’t achieve a great deal precisely because the original album is a carefully constructed collage of contradictions. The personal is political, the sense of history is eternal, Gaye’s analysis of world affairs is as depressing as his prescription is uplifting. Nothing has changed. Everything is the same, especially the need for change.