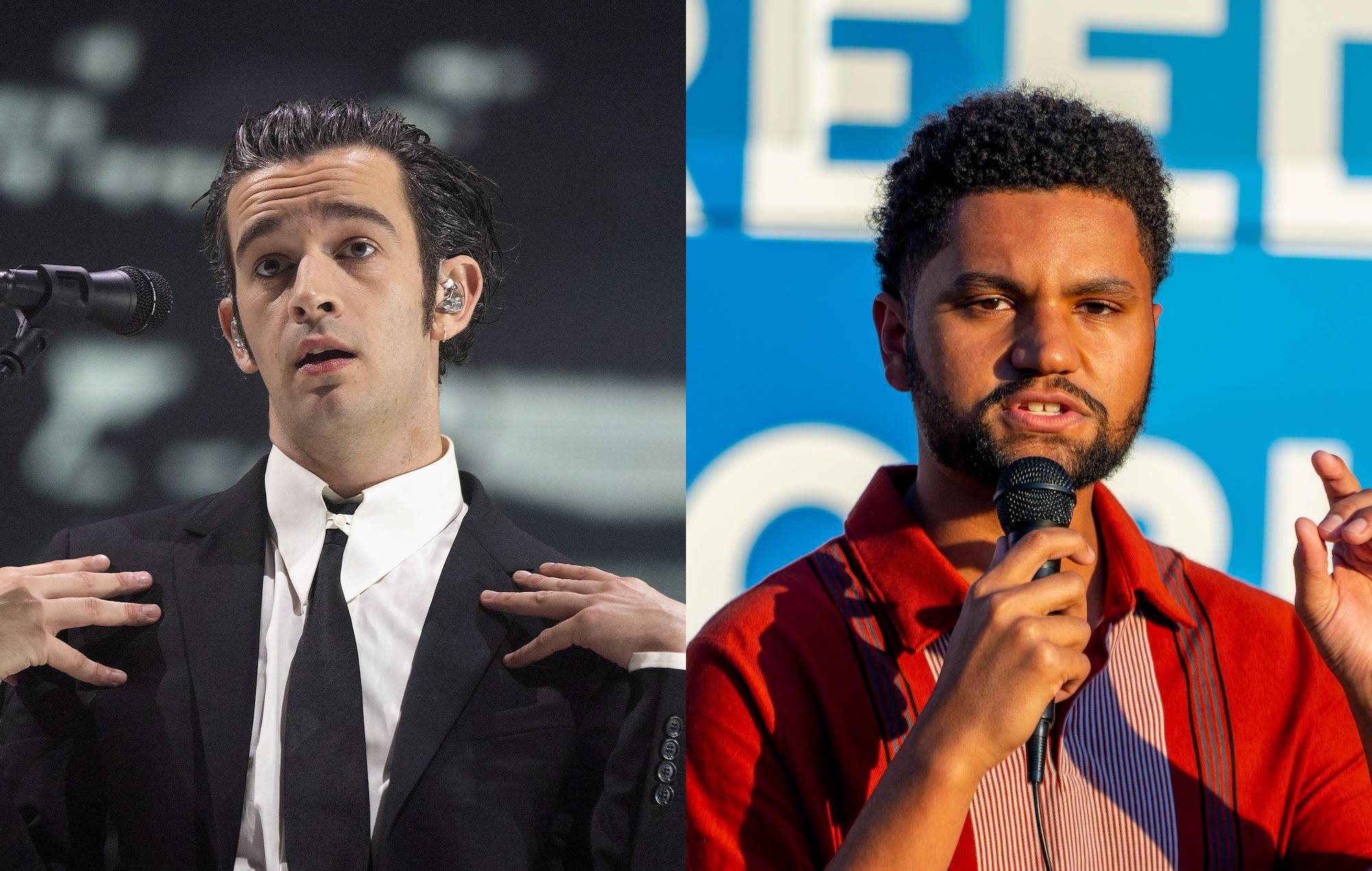 The United States’ first Gen Z Congressman is also a huge 1975 fan, and was congratulated on his election by Matty Healy onstage in Washington, DC.

Earlier this week, 25-year-old Maxwell Frost won his election race in Florida’s 10th congressional district as part of the US midterm elections.

Sharing the news of his win on Twitter, Frost said he was going to celebrate the victory by attending The 1975’s gig at The Anthem in Washington on Thursday (November 10).

Matty Healy clearly caught wind of Frost’s attendance, and congratulated him on his victory from the stage.

“Unfortunately I didn’t have the pleasure of meeting this person today because I thought I had COVID,” he told the crowd, “but there’s a genuinely young man here, a 25-year-old man, Maxwell Frost… I hope I didn’t get his name wrong. Is he up there? Where is he? Is he gone? Is he in the toilet? He’s gone for a piss…”

After spotting Frost in the crowd, Healy continued: “That man right there is a 25-year-old who just made his way to Congress, and I think it’s about damn time that we have some 1975 fandom representation in Congress!”

I’VE BEEN CAMPAIGNING FOR OVER A YEAR THIS IS WILD!! I’M GONNA SEE @the1975 ON THURSDAY TO CELEBRATE!!!

The band are acurrently on their North American ‘At Their Very Best’ tour, behind new album ‘Being Funny In A Foreign Language’, which came out last month.

The group kicked off their current headline tour in Uncasville, Connecticut last Thursday (November 3), where they debuted an ambitious and dazzling new stage design.

During a gig at Madison Square Garden in New York this week, frontman Healy ate raw meat, did push-ups and then crawled into a hollowed-out TV set as part of the ‘Consumption’ interlude.

In a five-star review of the same show, NME wrote: “It’s the kind of night that only The 1975 could host, the type of evening that leaves you buzzing and remembering why you love live music in the first place, walking home and thinking aloud, as one fan did before heading towards the subway: ‘I didn’t know how much I needed that’.”

The 1975 are set to bring the ‘At Their Very Best’ tour to the UK and Ireland in January 2023. Find any remaining tickets here.