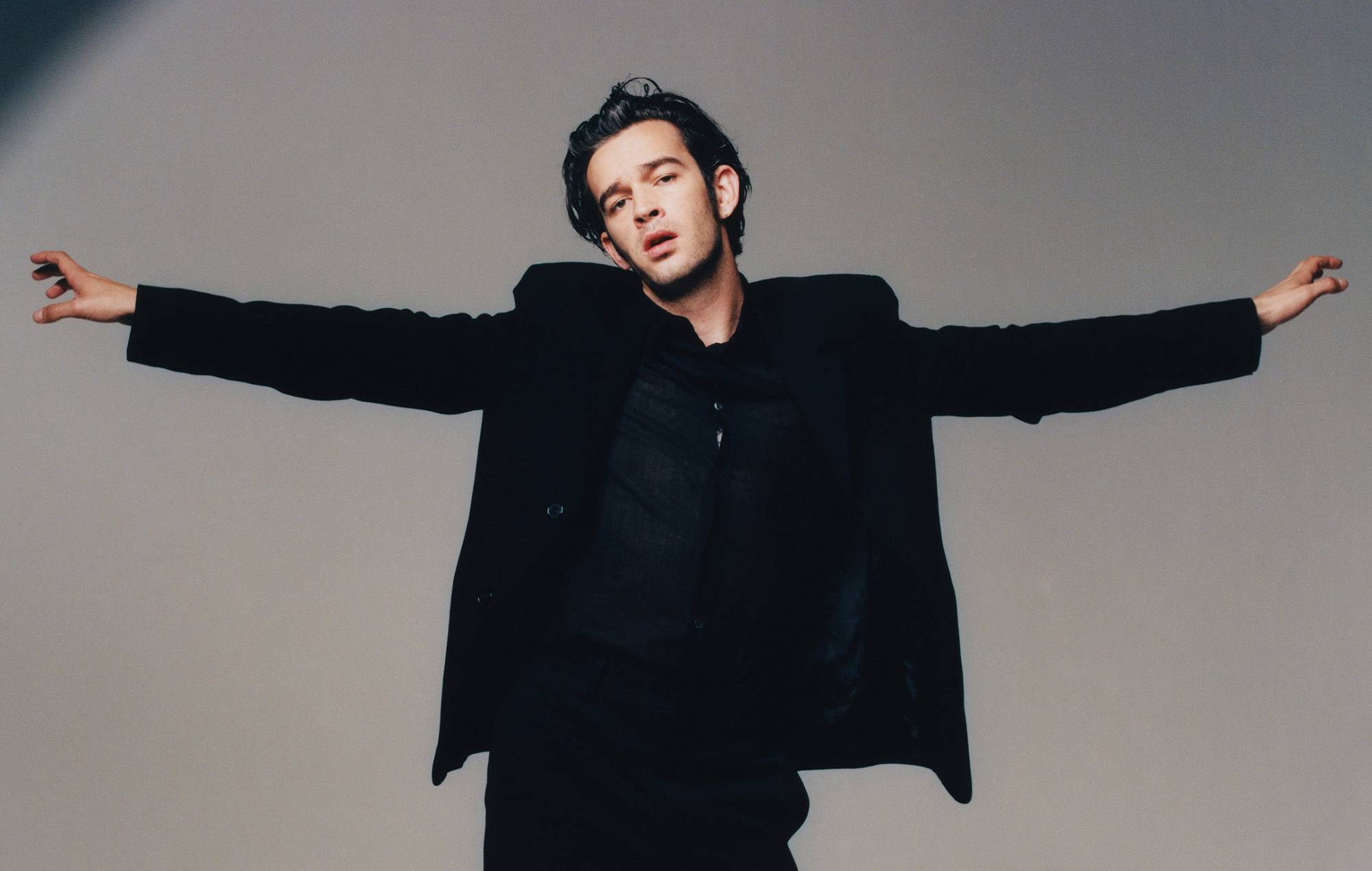 Matty Healy on The 1975 being a “post-Arctic Monkeys” band

The 1975 frontman Matty Healy has spoken to NME about his group being “post-Arctic Monkeys” – and how they could “still be the most important band” of the decade ahead.

Speaking to NME for this week’s Big Read cover story to mark the release of their fifth album, ‘Being Funny In A Foreign Language’, Healy discussed the legacy and future of The 1975, as well as how he feels about being labelled as a ‘band’.

Speaking in 2018, Healy hailed Arctic Monkeys as “the band of the 2000s” with The 1975 the defining band of the 2010s. Asked today about how he felt about his group’s standing for the decade ahead, Healy replied: “I think we could still be the most important band of the ‘20s, – I’ve got a prediction that we will be, but we’re starting to get into a semantic argument”.

Healy then admitted that “Arctic Monkeys are still relevant and making amazing records and are still a band” who could “always be around if they wanted to” (as well as revealing that he’s “obsessed with bands like Fontaines D.C.”), but argued that culture is no longer necessarily aligned with the idea of “white guys with guitars changing the world” and that The 1975 shouldn’t perhaps even be considered as a traditional band.

“With us, you need to take us out of the ‘bands’ world and put us next to Lana [Del Rey], Taylor [Swift], Frank Ocean and Kendrick [Lamar],” he said. “These are artists that have existed for a decade, and no one is asking them questions about why they’re still relevant. We’re only a band in form. We’re a lot less formal than the last traditional band, which is Arctic Monkeys. We’re post-Arctic Monkeys.”

Read the full NME Big Read cover story interview with The 1975 here, where Healy also discusses cancel culture, the problem with Gen Z on Twitter, his misunderstood comments on Rage Against The Machine at Leeds Festival, and the heart and humour on their new record.

In a four-star review of The 1975’s ‘Being Funny In A Foreign Language‘, NME concluded that the album combines “the band’s slightly sidelined knack for writing huge, immediately memorable pop bangers with the more complex, neurotic lyrical voice of The 1975’s more recent releases”, adding that it “feels like the right next step after pushing experimental excess to its logical conclusion, and is comparatively lean with just 11 tracks to its name.”

‘Being Funny In A Foreign Language’ by The 1975 is out now. The band will be heading out on a UK tour in January 2023. Visit here for tickets and more information.

Arctic Monkeys meanwhile, release new album ‘The Car’ next week on Friday, October 21. The band recently gave interviews to explain the connection between all their records, and how new song ‘Sculptures Of Anything Goes’ is reminiscent of their sound on ‘AM’. They’ll be heading out on tour throughout 2023. Visit here for tickets and more information.