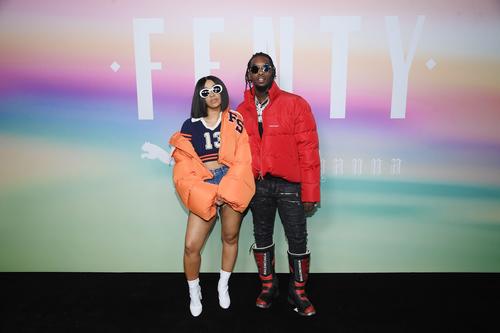 Cardi B and Offset still stand as hip hop’s It couple at the moment. However, the two them have been involved in some serious drama over the past few days due to rumors and allegations Offset’s infidelity. The rumors have gone as far as a woman claiming that she’s pregnant with Offset’s child. Despite this, Cardi B and Offset have shrugged it f and seemingly been living their best lives. In the midst all the drama, Maury Povich caught wind the drama and has fered help, if needed.

Maury Povich reached out to Cardi B Twitter to fer her some aid if things between her and Offset get sour. “@iamcardib if you ever need a Lie Detector Test or have more relationship drama…you know you can always call Uncle Maury!” he tweeted “The Maury Show” Twitter account. It seems highly unlikely that either Cardi B or Offset would agree to bring their drama to the Maury Show but I wouldn’t put it past the girl who claims she’s pregnant with Offset’s child to try and take it there.

RELATED: Cardi B: “You Do That Sh*t Again, You Gonna Lose Your Wife”

In other Cardi B related news, she recently reached another major accomplishment in her career. Billboard revealed that she is among The Beatles and Ashanti as the only other artist to have her first three Billboard entries reach the Top 10 Billboard’s Hot 100 chart simultaneously. As right now, “MotorSport,” “No Limit” and “Bodak Yellow” are all sitting on the top 10 on the chart. However, with her latest single, “Bartier Cardi,” and her collaboration with Bruno Mars on “Finesse,” she’s likely to have way more singles on the top 10 than anyone could’ve expected.