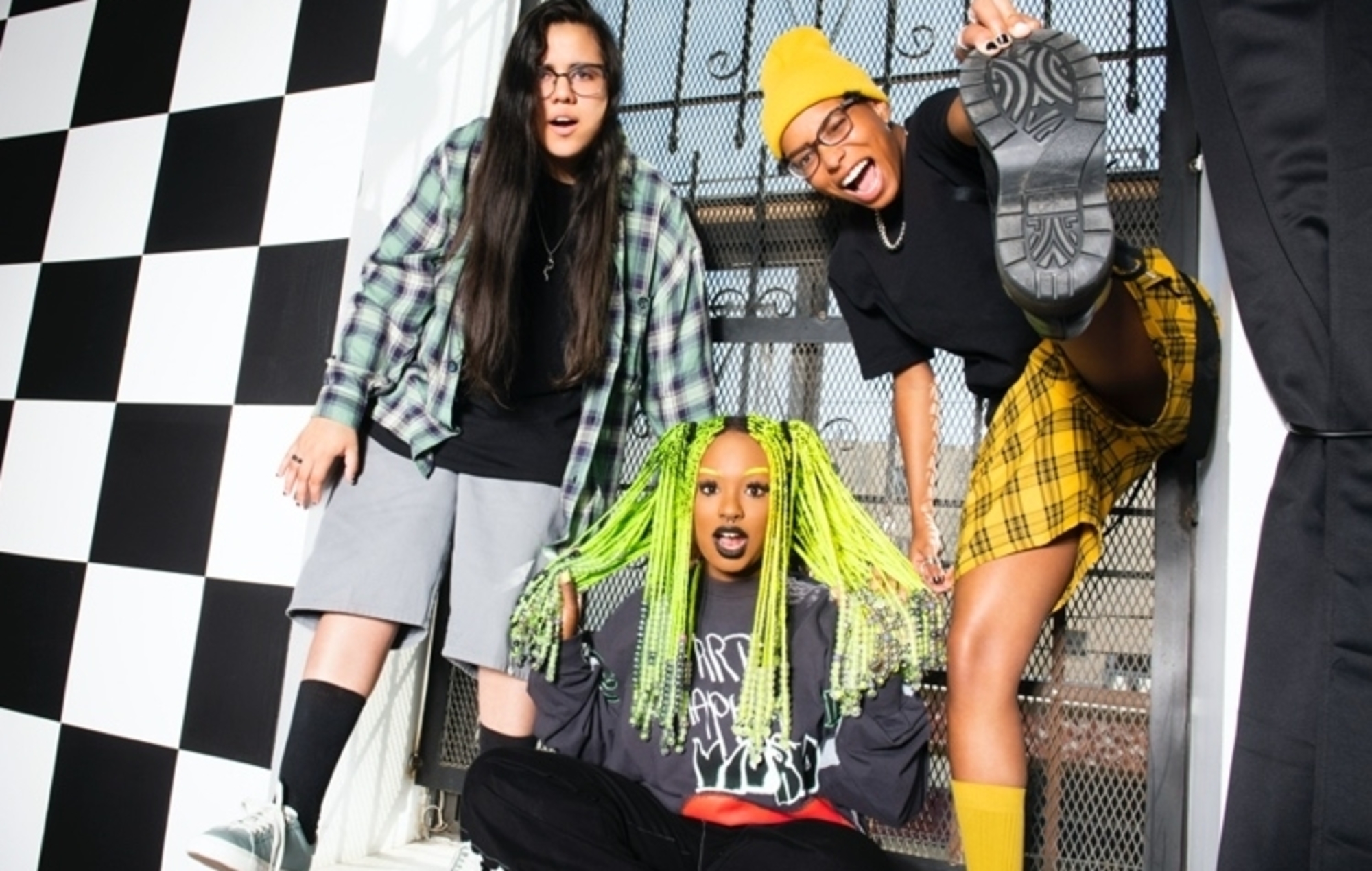 Meet Me @ The Altar have announced that their debut album will be released sometime this year.

The US pop-punk trio – comprising guitarist Téa Campbell, drummer Ada Juarez and singer Edith Johnson – aren’t giving too much away, but they have assured fans that their first full-length project will definitely arrive in 2022.

“American pop punk band ‘Meet Me @ The Altar’ will release their debut full length album in 2022,” the band said in a tweet on Friday (January 7).

The yet-to-be-titled album will follow last year’s acclaimed ‘Model Citizen’ EP, which NME‘s Jenessa Williams called “the work of a band who are absolutely for the now” in a four-star review.

“The pop-punk revival so far may have platformed big-budget solo artists – including Willow, Machine Gun Kelly, and Olivia Rodrigo – but with ‘Model Citizen’, Meet Me @ The Altar prove there is still nothing quite like rocking out with your best mates, and confronted with the burden that they are what so many needed as younger fans, the weight on their shoulders could have been too heavy to bare,” the review reads.

“But to constantly tie them to the regrets of yesteryear is to deny what is painfully obvious; ‘Model Citizen’ is the work of a band who are absolutely for the now. Mom, this pop-punk thing definitely isn’t just a phase.”

American pop punk band ‘Meet Me @ The Altar’ will release their debut full length album in 2022.

The band will return to the UK this spring for a run of tour dates. Following their debut UK live shows with All Time Low last year, Meet Me @ The Altar will embark on a European tour with State Champs, which reaches the UK in May.

The band will take in shows at Manchester, Leeds and Birmingham as well as two gigs at London’s Electric Ballroom. The band are also scheduled to play Slam Dunk and Download Festival this summer. You can see their full list of tour dates below.

You can get tickets for the shows here.