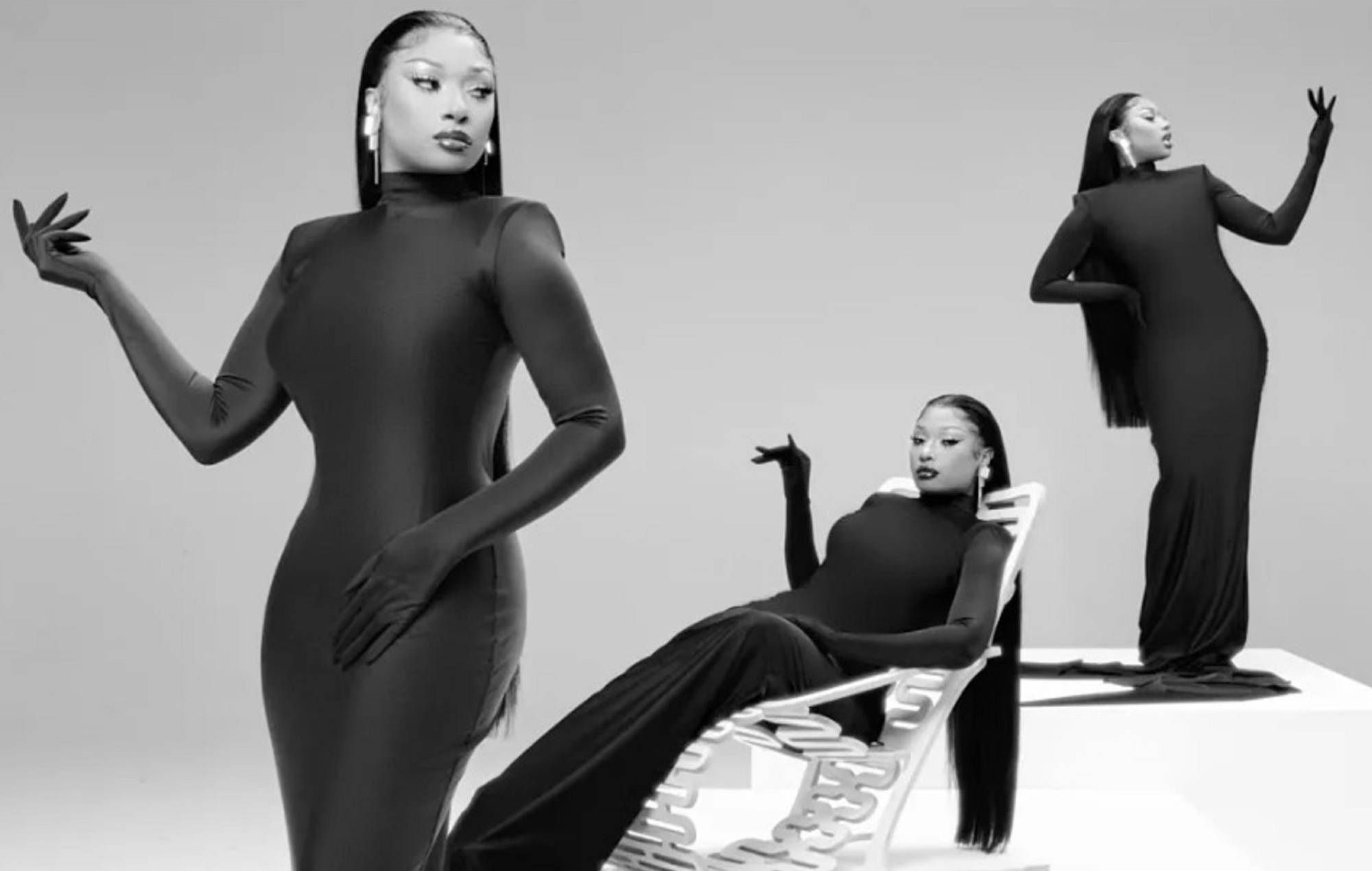 Megan Thee Stallion has shared a black and white video for ‘Her’ from her new album ‘Traumazine’.

The Houston rapper, who surprise announced her new record just a day before it was released last week, recently performed the track in New York’s Central Park.

Now, Megan has dropped a stylish new clip directed by Colin Tilley, which you can view below.

Describing the track in NME‘s four star review of ‘Traumazine’, Kyann-Sian Williams wrote: “‘Her’ is a buoyant electronic track. With house music creeping back into the mainstream via predominantly Black rap stars (and, obviously, Beyoncé’s iconic ‘Renaissance’), the tune adds to the trend of jubilant, joyous tracks starting the revolution.

“Yet it’s Megan’s braggadocio that makes this one a femme anthem. Her earworm of a hook, where the Houston rapper pants her pronouns for us (“I’m her… / She… / Take a pic, it’s me… / Tell your friends, I’m her…”), feels like it’s for her kweens out there.”

Megan also appeared on The Tonight Show starring Jimmy Fallon last week, co-hosting the episode with the longtime host. Stranger Things’ Natalia Dyer was also a guest on that instalment and received a grilling from the rapper over her character Nancy’s love triangle with Steve (played by Joe Keery) and Jonathan (Charlie Heaton).

“I’m team Stancy [Steve and Nancy]. I want Steve,” Megan told Dyer. “Let’s talk about it, though. So, boom, at first you like Steve. You was into Steve!”

“Yeah Steve, what a guy,” said Dyer, before Megan continued: “But then, you kind of just dumped him. No caution. He didn’t know what was happening. Poor Steve. Y’all keep throwing the kids on him, the babies. He keeps saving y’all life! All he do is safe y’all life!”