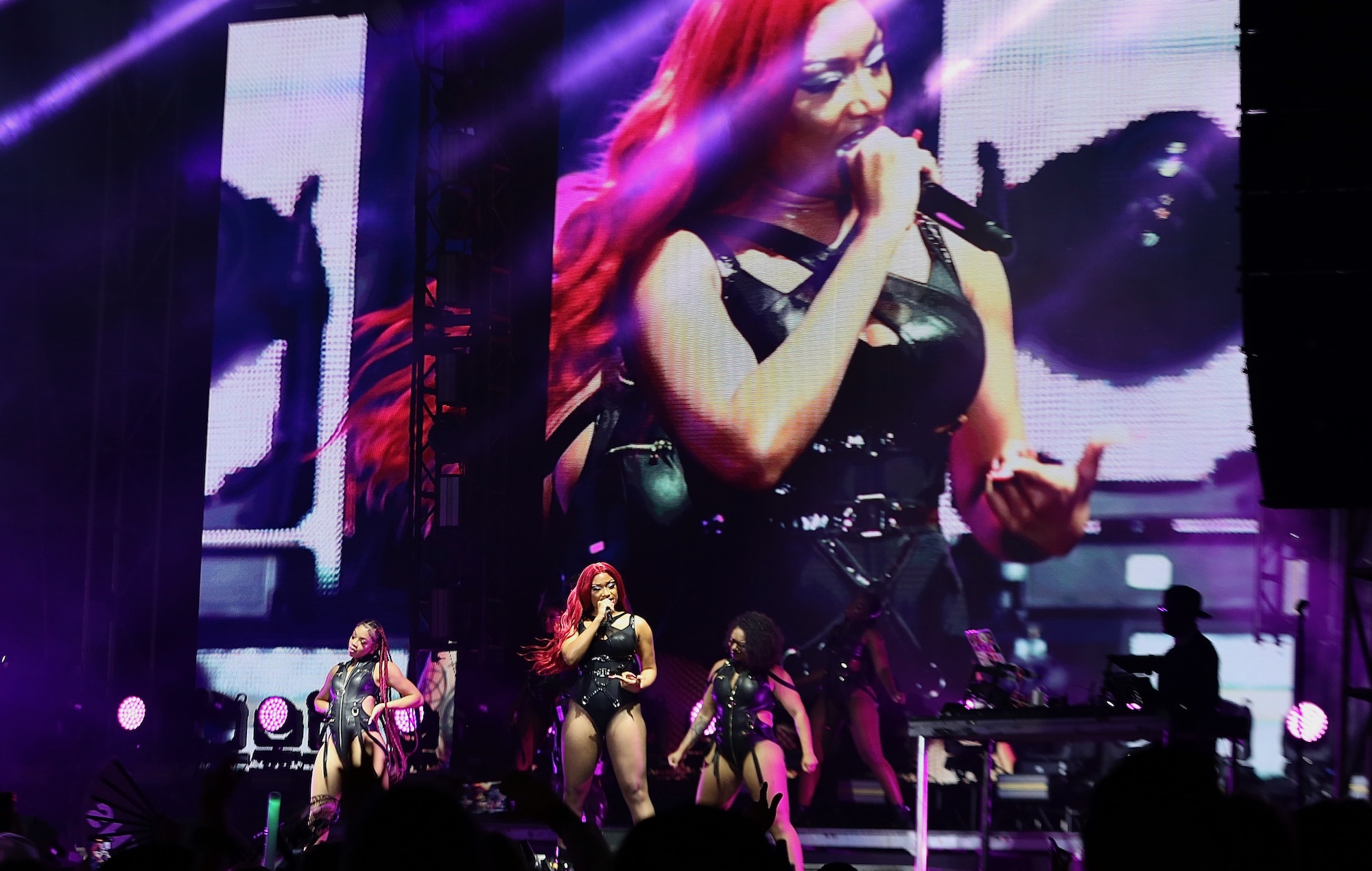 Megan Thee Stallion was joined by Halo‘s Master Chief during her TwitchCon set this weekend – see footage below.

The fictional character and protagonist of the Halo series emerged on stage during the San Diego performance on Saturday night (October 8) to dance alongside Megan as she played ‘Freak Nasty’.

However, following criticism from some fans about the lack of COVID-19 safety precautions, Twitch then updated the entry requirements for the three-day event.

lmao @theestallion just brought master chief on stage. this is the best show I’ve ever been to pic.twitter.com/4opn2n9gNd

Last week, Megan Thee Stallion took to Twitter to hit back at news outlets that only share “negative” stories about the singer.

However some fans and outlets took that message as Megan “speaking out” against claims made by DaBaby about the pair sleeping together.

“I feel like a lot of these blogs don’t post me until it’s something they know a majority of their audience can dog pile on me for (or associate) with some kind of negative narrative. Because why is the way I start my performance to ‘Body’ damn near every show news now,” she wrote on Twitter.

Elsewhere, the rapper has launched a website that collates an extensive list of mental health resources for her fans. The website – dubbed Bad Bitches Have Bad Days Too – pulls together contact information and resources for organisations offering three therapy, mental health hotlines, groups working specifically with the Black community, and LGBTQIA+ resources.