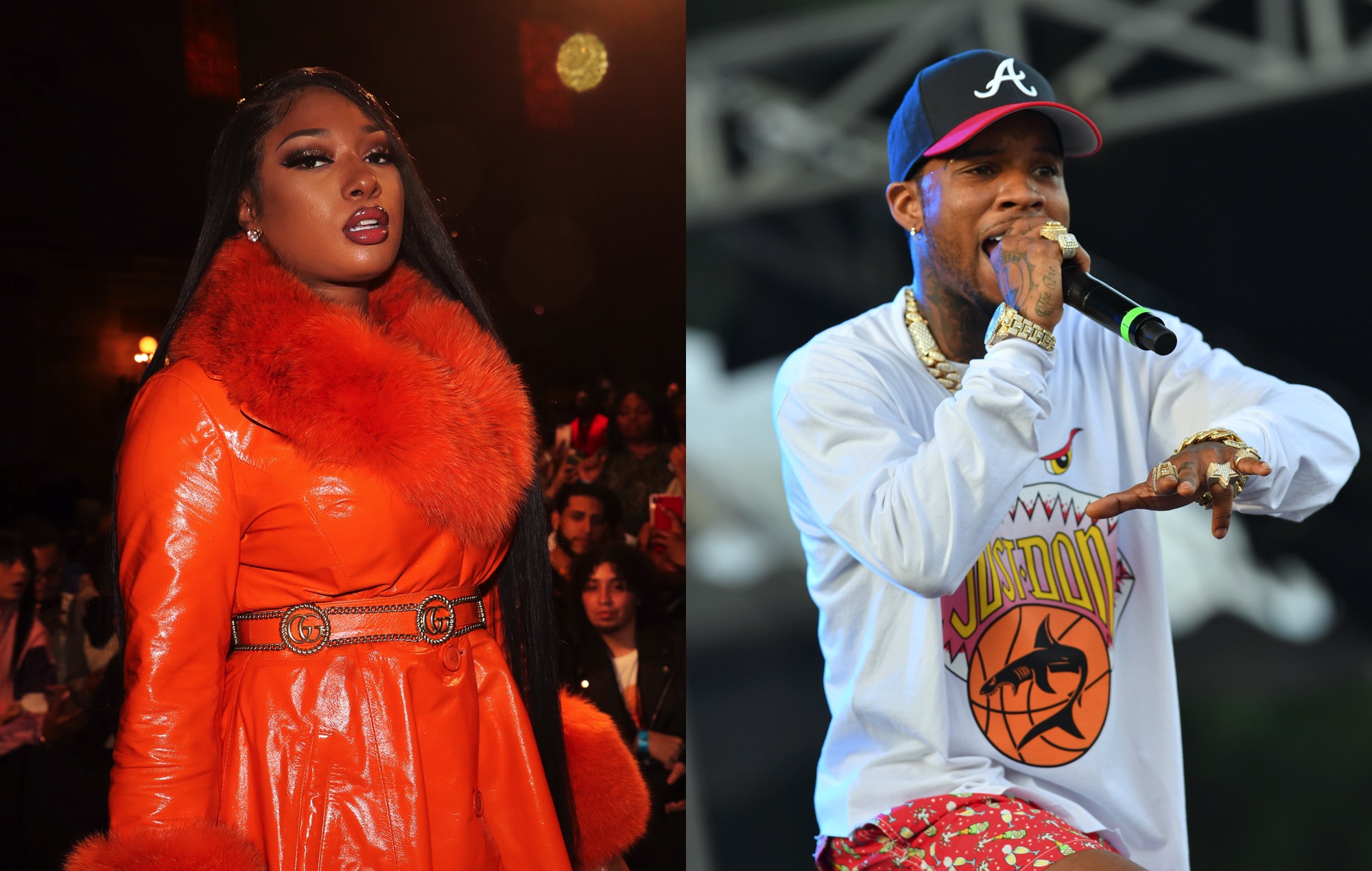 Megan Thee Stallion says it was Tory Lanez who shot her: “Stop lying”

Megan Thee Stallion has confirmed rumours that it was Tory Lanez who shot her in the foot last month.

Taking to Instagram Live on August 21, Megan called out Lanez directly and claimed his publicist and team of pushing another story to the press. Watch snippets of the broadcast, posted to Twitter and YouTube, below.

She continued, “You shot me. And you got your publicist and your people going to these blogs lying and shit. Stop lying. Why lie? I don’t understand. I tried to keep the situation off the internet, but you dragging it. You really fucking dragging it.”

Megan also addressed other rumours surrounding the incident: “Motherfuckers talking about I hit this n****. I never hit you. Motherfuckers like, ‘Oh she mad ’cause he was trying to fuck with Kylie’. No, I wasn’t. Like, you dry shot me. Like, everybody in the car – there’s only four motherfuckers in the car: me, you, my homegirl and your security.”

Megan explained that an argument had broken out in the car, and she chose to leave.

“I get out the car, I’m done arguing. I don’t wanna argue no more. I get out, I’m walking away. This n****, from outside the back seat of the car, start shooting me. You shot me!”

She also explained why there was initially speculation that she had hurt herself on glass.

“I ain’t get cut by no glass,” she said, “but let me tell you why they’re saying that… The people in the neighbourhood – there’s a witness – when the police came, because the neighbours called the police – this did not happen at Kylie’s house. This happened damn near back at the house I was staying at. I was just trying to get home. We were five minutes away from my spot.

Megan Thee Stallion explains the situation with Tory Lanez and confirms he did shoot her after his publicist has been telling the press lies. pic.twitter.com/BWHv6L12qG

Megan also further addressed those on the internet who claim she’s lying about her shooting.

“If you really want me to tell the truth,” she continued, “I tried to save this n****. Even though he shot me, I tried to spare him. And y’all motherfuckers is not sparing me. That’s crazy.”

Earlier this week, Megan briefly posted photos of her injury on social media before deleting it to prove that she wasn’t lying.

Tory Lanez was arrested on July 12 after police found a gun in his car. His team have since denied that the Canadian rapper has been deported from the US following the arrest. He is due to appear in court on October 13.

Three days after the incident, Megan posted a statement on Instagram revealing the nature of her injuries in order to “set the record straight” in light of inaccurate reporting. She opened up more about the injury over the course of the month, revealing that she was “real life hurt and traumatized” and calling it “the worst experience of my life”.