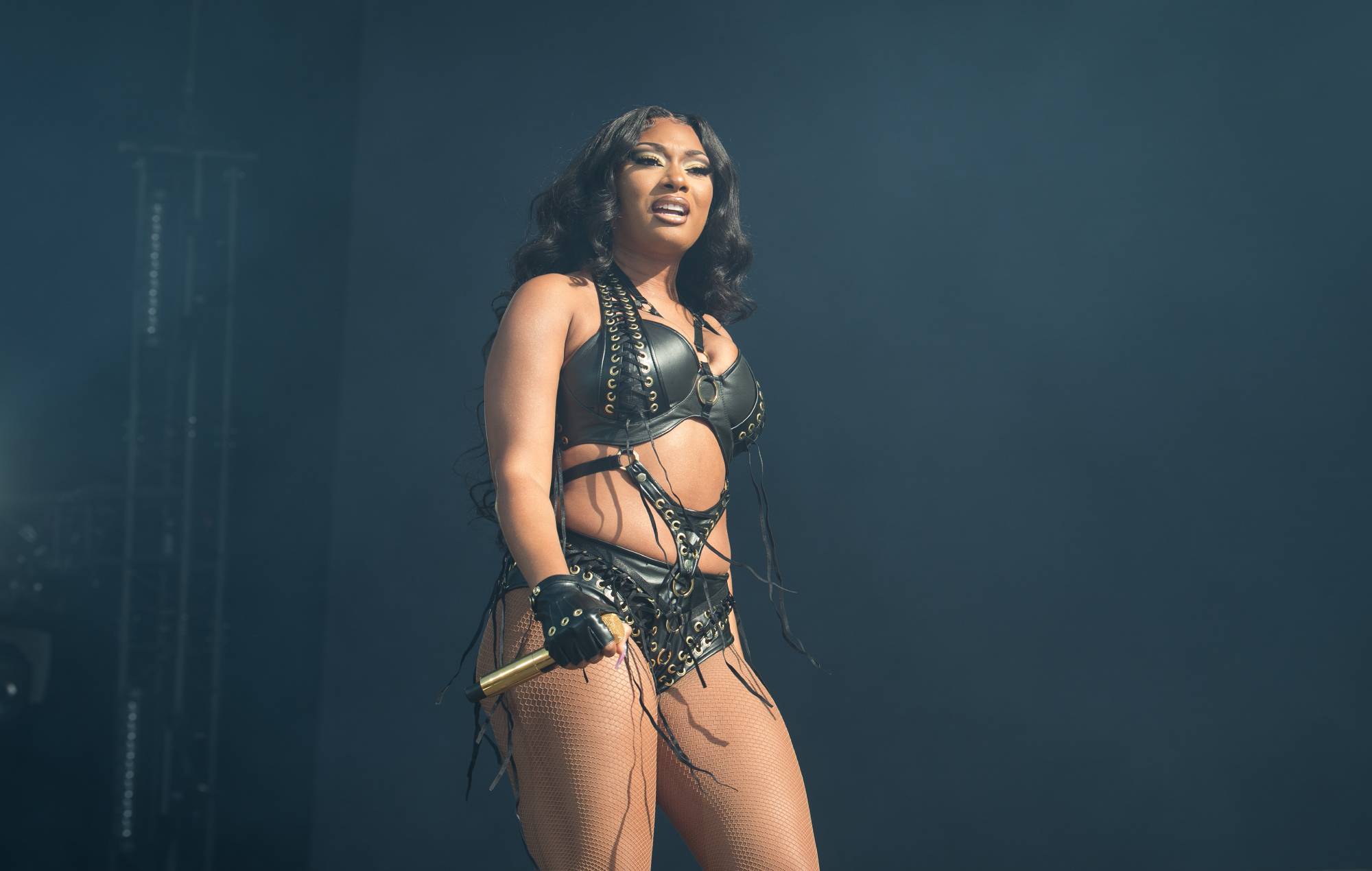 The Houston rapper revealed last month that the follow-up to her November 2020 debut studio album ‘Good News’ had been completed, before subsequently dropping hints that the record will be titled ‘Traumazine’.

After Megan told her Instagram followers earlier this week that her new album was “coming soon”, she’s now shared a short teaser clip that appears to be taken from a forthcoming music video.

In the clip, which you can watch below, Megan is seen approaching and then placing a black rose on a coffin during a funeral. The clip then cuts to Megan, now dressed in white, walking away from the service before she looks at the camera. The word ‘Traumazine’ then appears on-screen.

Last night (August 9) Megan shared a series of new images along with the following caption: “It took a lot of self reflecting to get to the point in my life where I am right now…

“I ain’t saying I finally figured everything out or that I’m finally at peace, bc I’m not… buttt I’m excited for the hotties to get a better understanding of what’s happening in my head #TRAUMAZINE.”

A release date for Megan Thee Stallion’s next album has yet to be announced.