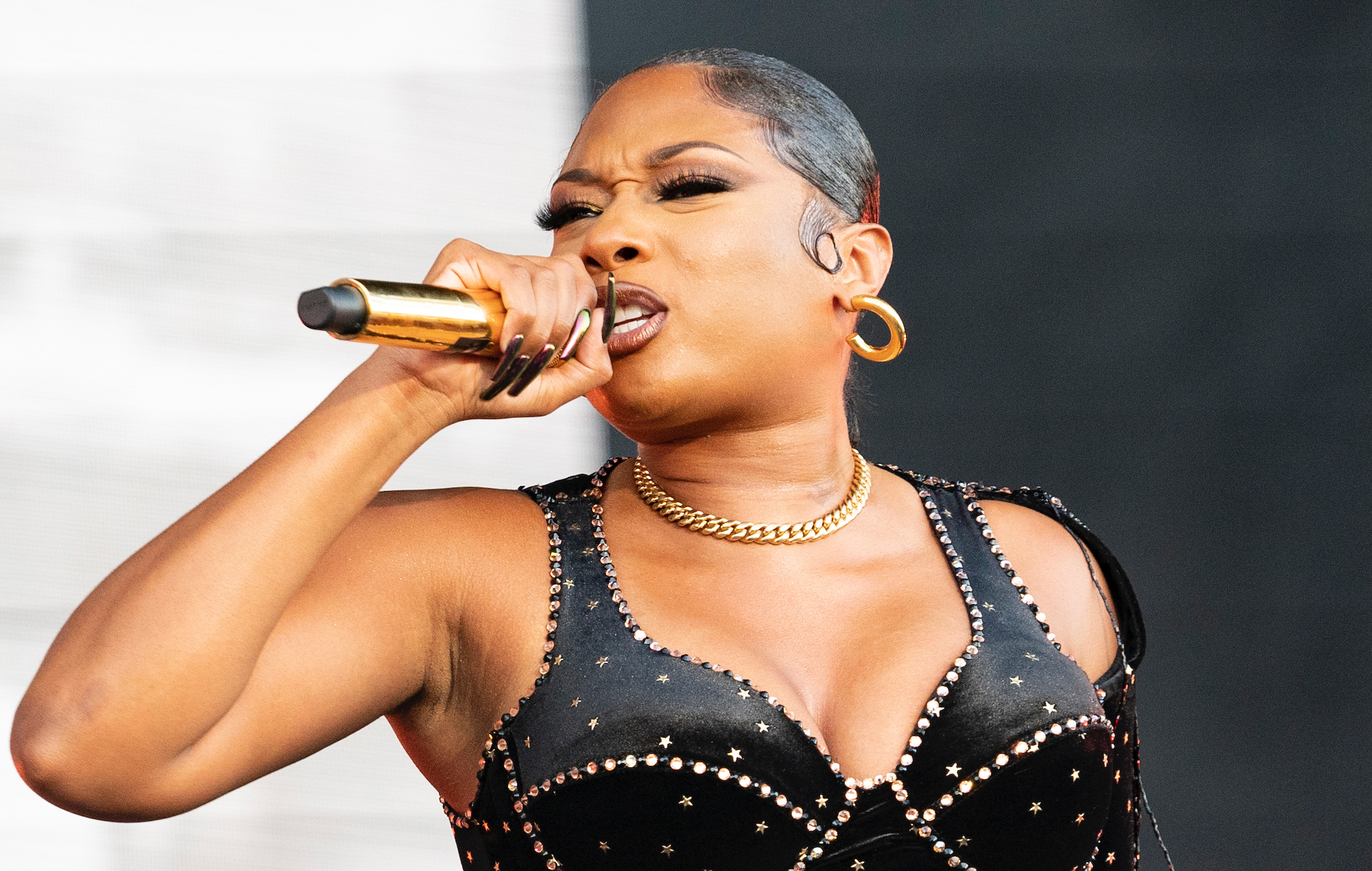 Megan Thee Stallion to “take a break” after home broken into: “I’m so tired, physically and emotionally”

Megan Thee Stallion has told fans that after her appearance on this week’s Saturday Night Live, she’ll be winding down her output as a public figure.

It comes after the rapper had her Los Angeles home broken into earlier this week. As reported by TMZ, a pair of burglars targeted Megan’s house on Thursday night (October 13), breaking in after they smashed through a glass door. They reportedly stole somewhere up to $400,000 (£358,000) worth of goods including cash, jewellery and electronics.

It’s said that Megan was not home at the time of the robbery, though footage of it was captured by her home surveillance system; at the time of writing, police have not arrested any suspects.

Megan responded to the incident on Twitter, assuring fans that “everyone is safe” and that ultimately, “material things can be replace”. In a follow-up tweet, she noted that her SNL appearance would mark her last project for a while. “I really gotta take a break,” she said. “I’m so tired, physically and emotionally.”

Hotties im really sorry but after SNL I really gotta take a break I’m so tired, physically and emotionally

2022 has, thus far, been a hugely busy year for Megan. It started with a guest spot on Shenseea’s ‘Lick’, followed by the Cheetos-inspired ‘Flamin’ Hottie’ single. From there came five singles – ‘Sweetest Pie’ (with Dua Lipa), ‘Plan B’, ‘Pressurelicious’ (with Future), ‘Her’ and ‘Ungrateful’ – before her second album, ‘Traumazine’, dropped in August.

Many of those songs were showcased live at the slew of festivals Megan performed at this year, including Coachella (her set at which was censored in China), Wireless, Glastonbury, Primavera Sound, the Notting Hill Carnival, Reading and TwitchCon.

Also this year, she launched a new series on Snapchat, announced the first-ever VR concert tour, made a cameo in She-Hulk and a surprise appearance at the Oscars, and was cast in the A24 musical F*cking Identical Twins. A new docuseries about her own life is also in development, and for next year, she’s teased a role in Stranger Things 5.

Throughout it all, Megan became entangled in legal dramas with her record label and a pair of artists claiming she and Big Sean ripped them off. She also defended herself against accusations of “devil worship” and opened up about rap’s misogynistic double standards, spoke candidly about the time she was shot, created a website of mental health resources, and spoke about ‘WAP’ with Hillary Clinton.

Back in May, Megan was honoured at a ceremony in her native Houston, where the city’s mayor declared that May 2 would be officially recognised as Megan Thee Stallion Day. It celebrates the prolific rapper’s philanthropic achievements, which include launching the Pete And Thomas Foundation in 2021.

Last month, Megan spoke out against news outlets that only share “negative” stories about her. It came after some publications spun an empowering speech she gave at the iHeart Music Festival into a diss on another rapper.