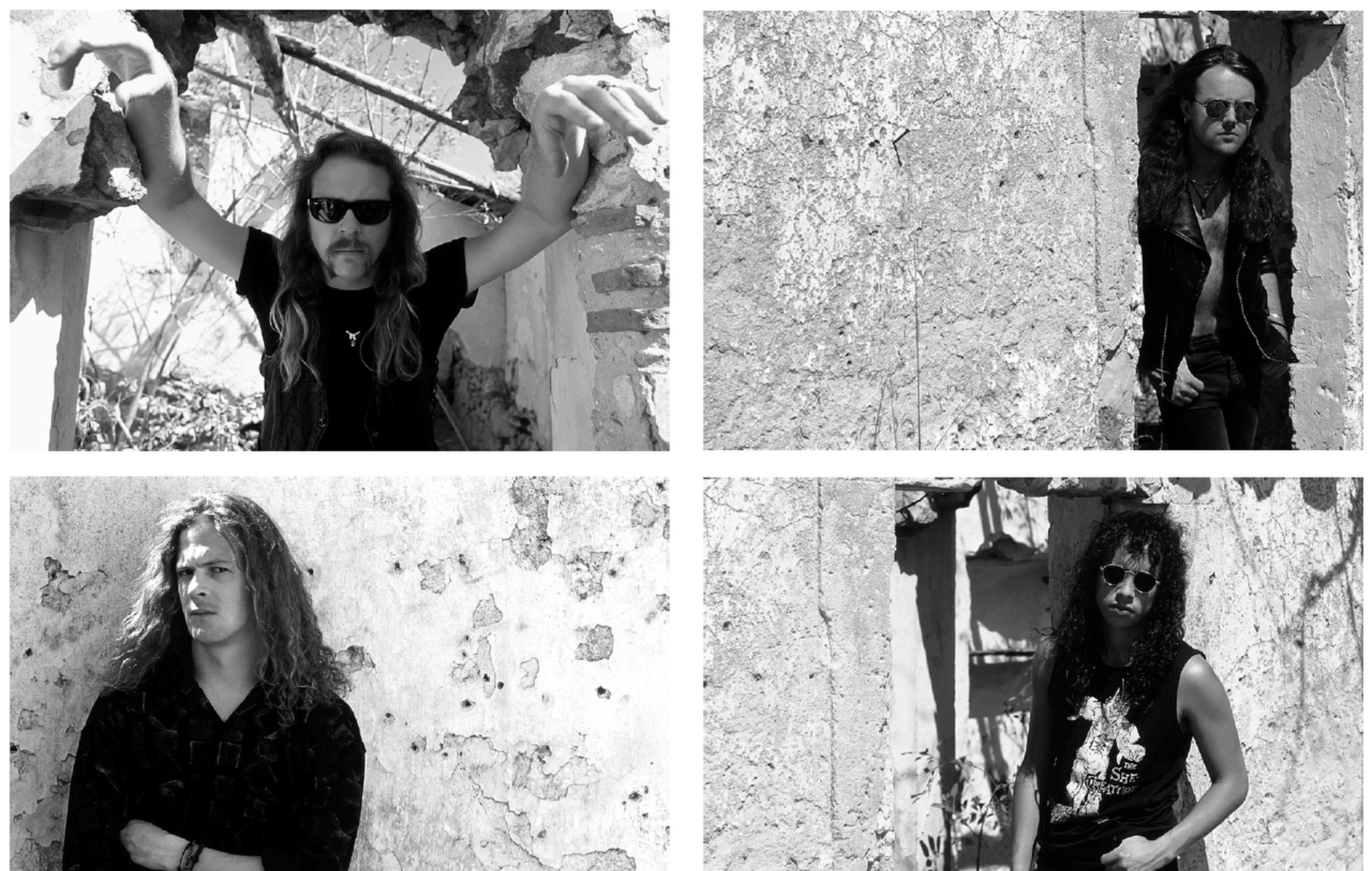 The metal icons released their seminal fifth record – featuring the singles ‘Enter Sandman’, ‘Nothing Else Matters’ and ‘Sad But True’ – back in August 1991.

Arriving earlier this month, the star-studded ‘Metallica Blacklist’ saw the likes of St. Vincent, Royal Blood and Sam Fender take on their favourite cuts from the LP in celebration of its three-decade milestone. A special reissue of ‘The Black Album’ was also released.

It has today (September 21) been announced that a new book titled Metallica: The Black Album In Black & White will be published on October 19 via Reel Art Press. You can pre-order your copy from here.

“This official collaboration with Metallica and photographer Ross Halfin is an epic celebration of one of the best-selling albums of all time, featuring classic and previously unpublished photographs,” an official description reads.

Halfin photographed Metallica during their ‘Black Album’ sessions at One On One studios in North Hollywood, and subsequently shot thousands of film rolls during the band’s extensive tour that took place between 1991 and 1993.

As per a press release, the photographer “documented the hectic performing schedule, backstage, rehearsals, interviews, band meetings and travel, alongside unique portrait shots of the band”.

Halfin explained: “We would always go to places and do pictures and we would stop wherever we felt somewhere had a vibe… you have to realise with Metallica, it’s always about the vibe.”

Lars Ulrich added: “By the time the songs and the recording were coming together, the confidence level was at an all-time high and we felt better than ever about who we were and how we viewed ourselves with regards to being photographed.”

Metallica and a host of famous fans looked back on ‘The Black Album’ for last week’s NME Big Read cover story – you can check out the full interview here.

Looking ahead, Lars Ulrich recently said that the band is “creating at some level”. “We’re on that path,” he explained. “I don’t know if it’s cohesive enough to call a record, but we’re dipping our toes.”