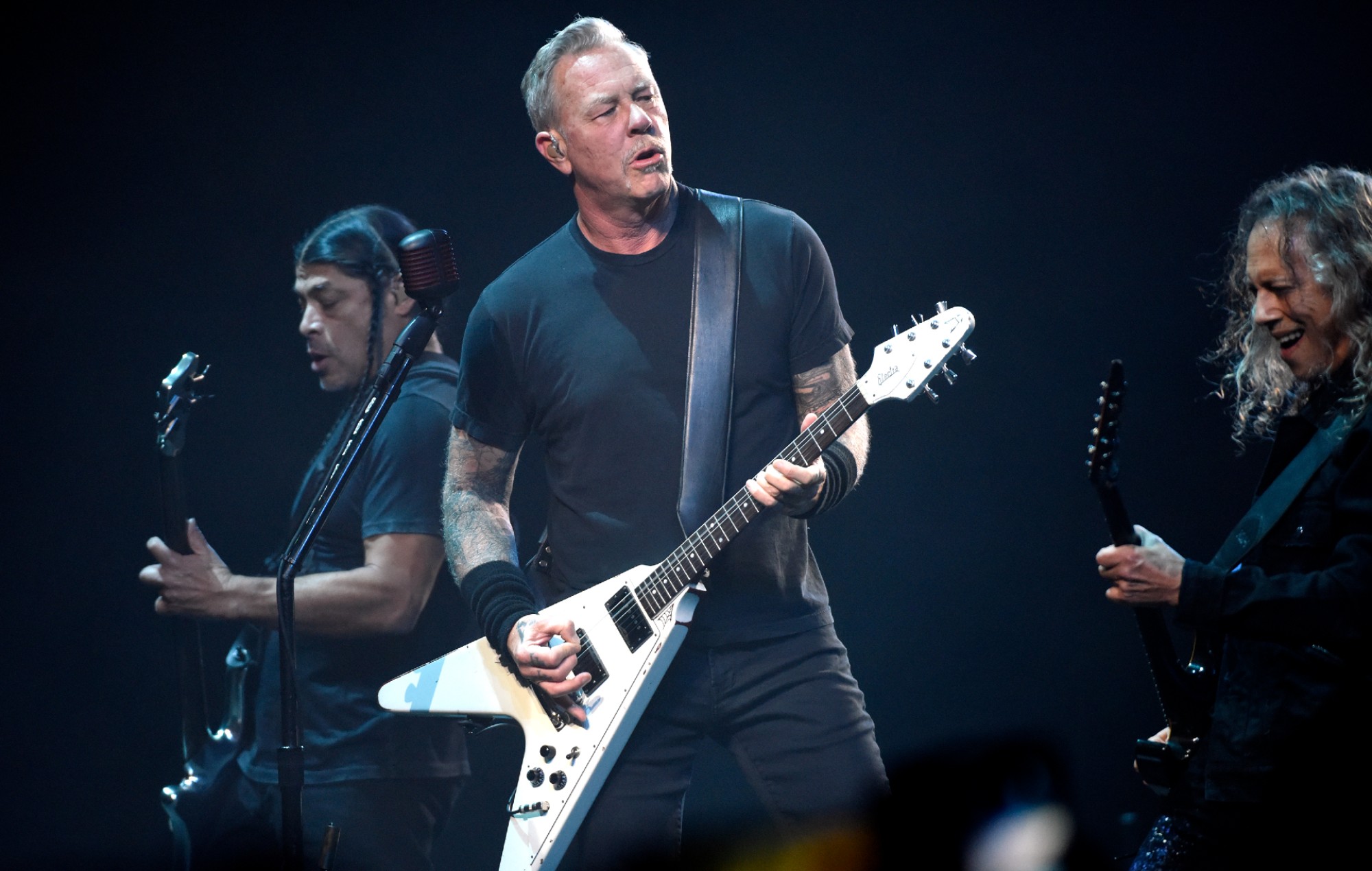 Metallica have praised Stranger Things for the use of their song ‘Master of Puppets’ in the season four finale.

In the finale, titled ‘The Piggyback’, Eddie Munson (Joseph Quinn) plays the 1986 track on a rooftop to distract a horde of demonic bats protecting the lair of main villain Vecna (Jamie Campbell Bower).

Following the episode’s release last Friday (July 1), Metallica shared a post on Instagram on Tuesday (July 5) praising the show’s creators, the Duffer Brothers, for the sequence.

“The way The Duffer Brothers have incorporated music into Stranger Things has always been next level, so we were beyond psyched for them to not only include ‘Master of Puppets’ in the show, but to have such a pivotal scene built around it,” the band wrote.

“We were all stoked to see the final result and when we did we were totally blown away… it’s so extremely well done, so much so, that some folks were able to guess the song just by seeing a few seconds of Joseph Quinn’s hands in the trailer!! How crazy cool is that?”

They added: “It’s an incredible honour to be such a big part of Eddie’s journey and to once again be keeping company with all of the other amazing artists featured in the show.”

Earlier this week, it was revealed that Robert Trujillo’s son Tye added guitar tracks to ‘Master of Puppets’ for the song’s inclusion in the show.

Elsewhere in the fourth season, the show used Kate Bush track ‘Running Up That Hill’ – sending the song to Number One on the Official UK Singles Chart and reportedly earning the singer an estimated $2.3million (£1.9million) in streaming revenue.

Speaking after the track achieved its third week atop the UK chart, Bush said: “I just can’t believe it – No. 1 for the third week. We’re all so excited! In fact it’s all starting to feel a bit surreal.”

She added: “I’d only seen the scenes that directly involved the use of the track and so I didn’t know how the story would evolve or build. I was so delighted that the Duffer Brothers wanted to use RUTH for Max’s totem but now having seen the whole of this last series, I feel deeply honoured that the song was chosen to become a part of their roller coaster journey.”