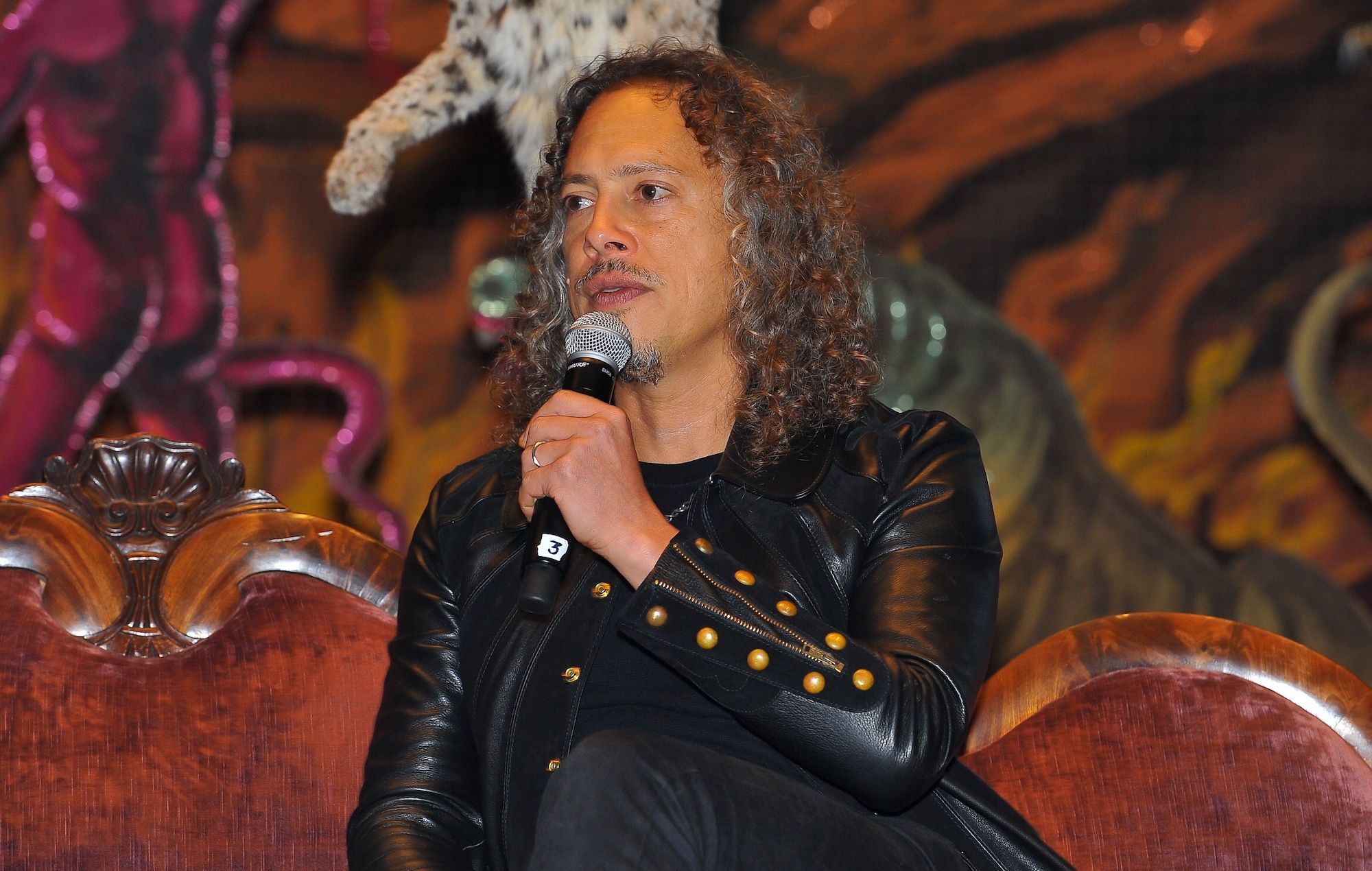 Metallica guitarist and passionate horror enthusiast Kirk Hammett has launched a new project, in which he soundtracks an eerie story he has penned comprised of fictional journal entries.

On September 11, Hammett shared a link on social media to a TikTok video that pairs footage of a winding road with moody, fingerpicked acoustic guitar. Alongside that, he linked to his Kirk Hammett Horrors Reddit page, in which he shares the first chapter of a story he’s called I Have to Get Rid of This Guitar I Found.

The recording, Hammett explains, is designed to be looped while reading the story. You can listen to that below:

The introduction for the first chapter – which is titled Crossroad Magic Blues – begins with a message from a character called Abigail Forte, who says she recently found a journal and a cassette of “very unusual field recordings” left by her brother, William “Wills” Forte, who has gone missing.

“Seeing as the nature of these recordings seemed to push towards an evil energy, I sent the tape to a friend to help me understand the music, who in turn sent it to guitarist Kirk Hammett,” Forte says. “We have decided that while we cannot allow the actual sounds from the cassette to be released, we can share renditions of the music.”

She continues: “Kirk Hammett has agreed to quickly transpose the less complex portions of the cassette while keeping the integrity of the original field recordings intact. These you can play or loop alongside the reading of each part, to create the appropriate mood for these journal entries.

“We still advise you take precautions before listening to the recordings (such as burning sage, reciting prayers, drawing protective sigils). What you will hear are some phrases and motifs inspired by the cursed melodies recorded on to this mysterious cassette.”

Hammett has long been vocal about his passion for horror. In 2012, Hammett’s first book was published, Too Much Horror Business, which featured his large collection of horror memorabilia and contained conversations with the guitarist about his love for the genre and how it overlaps with his work in Metallica.

Earlier this year, he was part of a panel for the Midsummer Scream horror convention, moderating a talk that featured relatives of Bela Lugosi, Vincent Price, Boris Karloff and Lon Chaney Jr. Hammett has also hosted two editions of his own horror festival, Kirk Von Hammett’s Fear FestEvil, which took place in California in 2014 and 2015.

In April, Hammett released his debut solo EP, ‘Portals’, which he described as being partially influenced by horror movies and The Thing score composer Ennio Morricone.