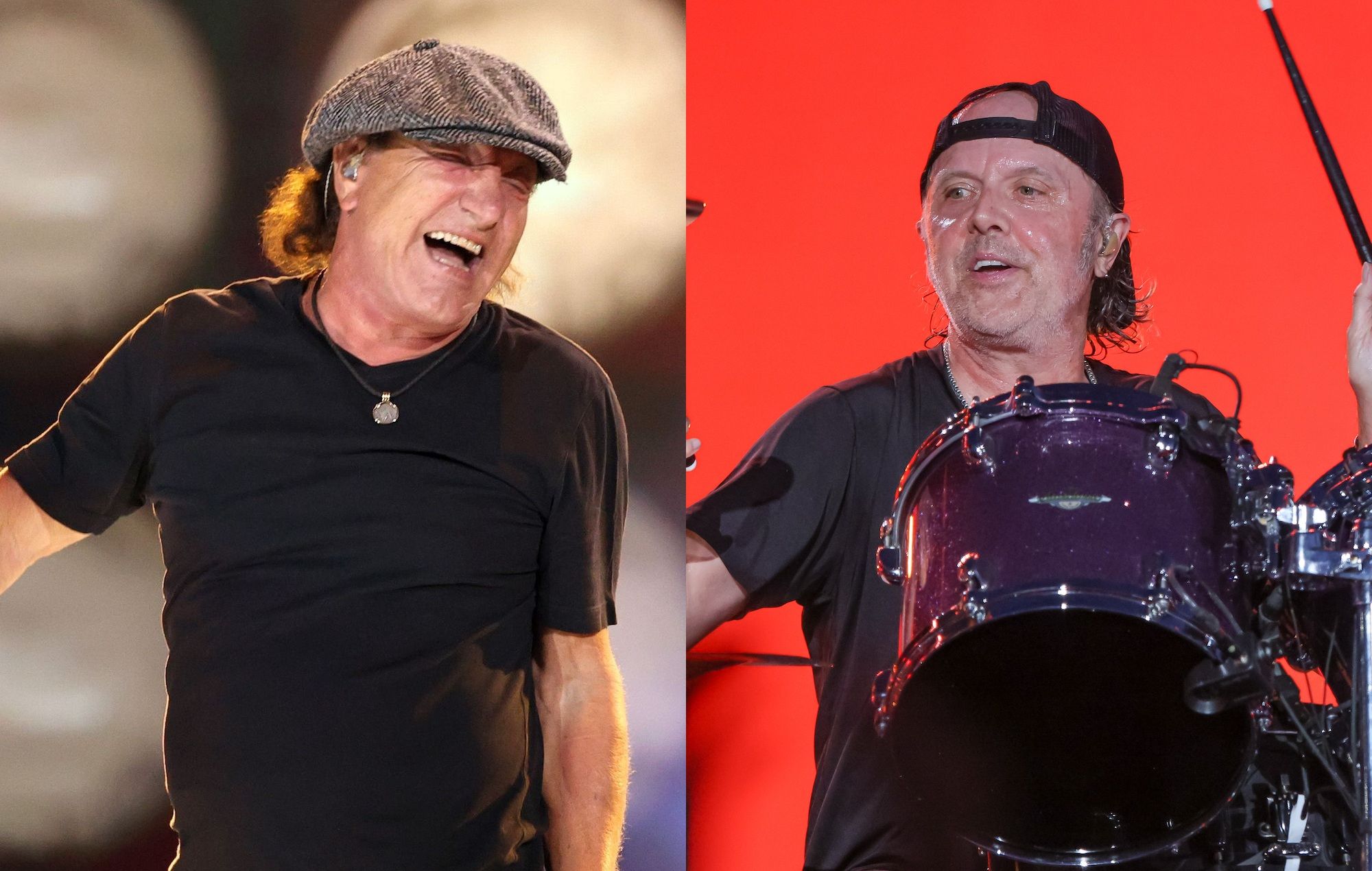 The surviving members of Foo Fighters introduced Ulrich and Johnson on stage midway through the night. “Ladies and gentlemen, please welcome to the stage our good buddy Lars and Brian Johnson from AC fucking DC,” Grohl said. The pair hugged the band as they appeared from the wings and joined the group for two songs.

“This is fantastic,” Johnson said as the musicians launched into a cover of AC/DC’s ‘Back In Black’. The Darkness’ Justin Hawkins also joined the proceedings halfway through, taking the microphone from Johnson, before swapping lines with the singer.

“Woo, that was fun!” Johnson exclaimed afterwards. “I enjoyed that, thank you.” The group then tore through a version of AC/DC’s ‘Let There Be Rock’.

“Taylor, I know you’re watching,” Ulrich said as he prepared to leave the stage. “I know you’re hearing this, I know you’re feeling this. We fucking love you. On behalf of everybody in Metallica, nothing but love. Thank you Wembley, we’ll see you soon.” Watch the moment above, from around the -2.46.30 mark.

Grohl and Hawkins’ Foo Fighter bandmates opened the concert with an emotional speech that paid tribute to their late drummer. “For those of you who knew him personally, you know that no one else could make you smile, or laugh, or dance, or sing like he could,” the frontman said.

Grohl’s 16-year-old daughter Violet also took to the stage to cover two Jeff Buckley songs at the show, and supergroup Them Crooked Vultures reunited for the first time in 12 years. Supergrass also performed, with the trio recalling touring with Foo Fighters and Hawkins in the ’90s.