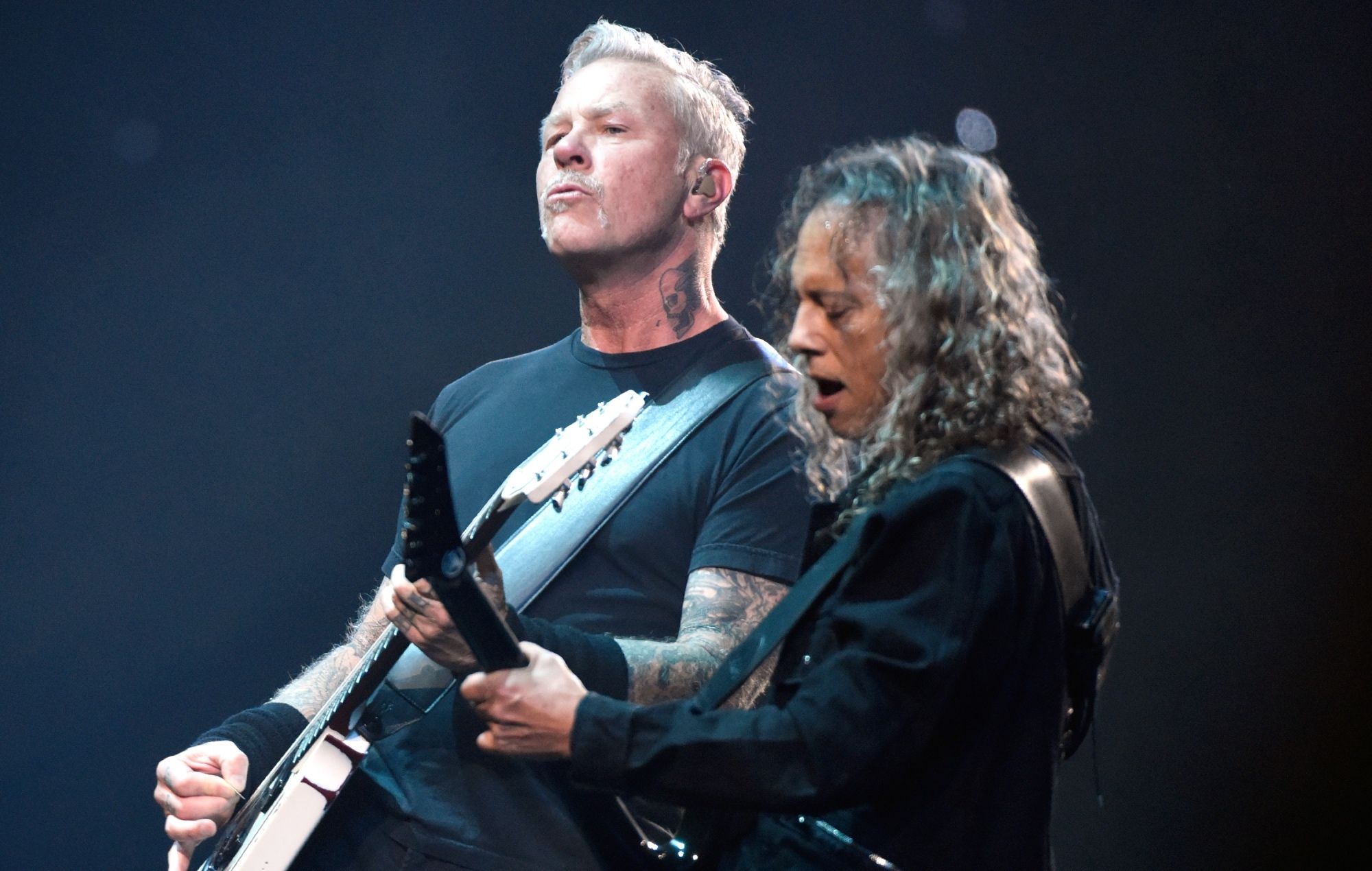 Metallica‘s ‘Master Of Puppets’ could be set to crack the UK singles chart Top 40 for the first time thanks to Stranger Things.

In the finale of the hit Netflix show’s fourth season, Eddie Munson (portrayed by Joseph Quinn) plays the 1986 track on a rooftop to distract a horde of demonic bats protecting the lair of sinister villain Vecna (Jamie Campbell Bower).

“Are you ready for the most metal concert in the history of the world?” Eddie says before picking up his guitar at the start of the scene in question.

Online streams of the song have since increased significantly, and it recently entered the Billboard Hot 100 Chart for the very first time (it’s currently at Number 40).

Now, it appears that ‘Master Of Puppets’ could achieve a similar feat on these shores. Per the Official Charts Company‘s latest update, the track is currently sitting at Number 23 after reaching Number 47 last week.

Kate Bush is also enjoying a huge resurgence of her 1985 classic ‘Running Up That Hill (A Deal With God)’ after it featured prominently in Stranger Things season four. The song hit Number One in the UK last month – 37 years after its initial release.

The legendary artist has since given a rare interview about the “wonderful” renewed appreciation for ‘Running Up That Hill…’ in which she described Stranger Things as “such a great series”.

“The thought of all these really young people hearing the song for the first time and discovering it is, well, I think it’s very special,” she told BBC Radio 4’s Woman’s Hour.

Similarly, Metallica praised Stranger Things creators the Duffer Brothers in a statement on social media – saying they were “totally blown away” by how the metal concert scene turned out.

“The way The Duffer Brothers have incorporated music into Stranger Things has always been next level, so we were beyond psyched for them to not only include ‘Master of Puppets’ in the show, but to have such a pivotal scene built around it,” the band wrote.

“It’s so extremely well done, so much so, that some folks were able to guess the song just by seeing a few seconds of Joseph Quinn’s hands in the trailer!! How crazy cool is that?”

Earlier this month, it was revealed that Robert Trujillo’s son Tye added guitar tracks to ‘Master of Puppets’ for the song’s inclusion in the series.

Footage has also emerged of Joseph Quinn learning the guitar part in rehearsals ahead of filming.