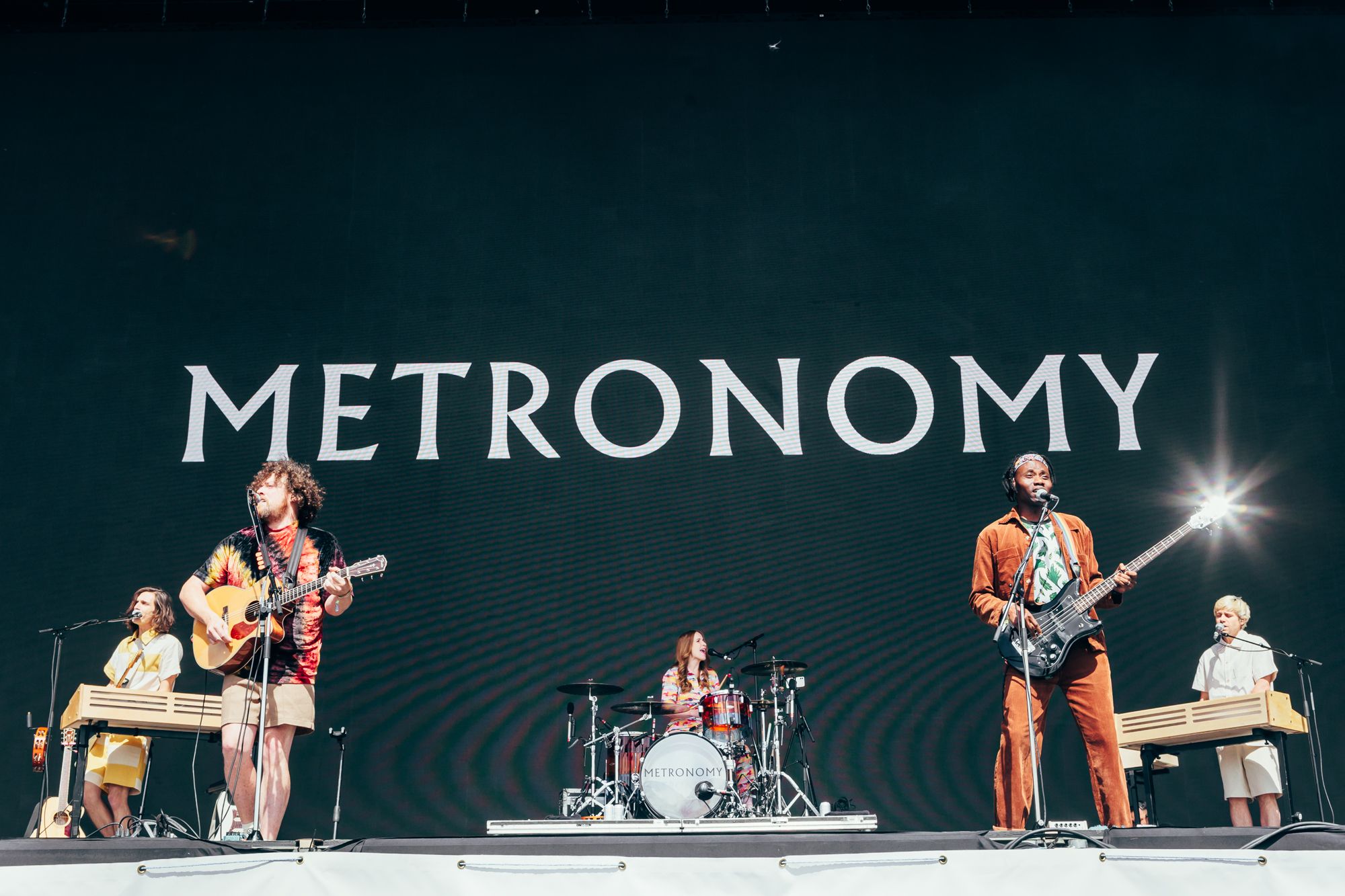 Metronomy’s Joe Mount spoke to NME backstage at Glastonbury 2022 and told us what new music he plans to release next. Watch more from our interview below.

The band were making their return to Worthy Farm where they played the Other Stage on Friday (June 24). But before that, Mount told us his favourite memories from the fest, how the band distills seven albums into “the perfect hour of power” for festivals, and plans for the follow-up to Metronomy’s latest album ‘Small World’.

“I did an EP called ‘Posse’, which is all collaborations,” Mount told us when asked what fans could expect from the band next. “I’m working on another one of those.”

The last EP came stacked with Radar favourites, including Biig Piig, Spill Tab, Pinty, Folly Group, Brian Nasty, and rising heroes like Sorry. Around the time of the release of ‘Posse’, Joe told NME he wanted to work on the project because, “Some of the formative albums I listened to growing up were guest-studded, so it’s always been something I’ve been interested in.”

“Every time I release a record, immediately after I’m like, ‘I want to stop doing this for a while’,” he said. “Then after a few months, I’m like ‘I can’t wait to make another record.’ So, it’s more of the same.”

Now that the band are seven albums in, he also talked to NME about how the band fits their expansive discography into a tight festival set.

“We just play what we think people want to hear,” he said. “We don’t worry about hammering the new stuff too much. We only have an hour as well, which for us is not a very long set.” Mount added: “It’s a good exercise in trimming the fat, getting the perfect hour of power.”

“The first time we played here it almost felt like a different festival,” he said. “Back then, the stages all had different names. I think if you’re playing here, and it’s your first time, imagine it’s your last time and suck it up and enjoy it and make the most of it.”

He added: “Every time we come here that’s what we try to do. Even now, we arrived yesterday, we’re not playing until tomorrow but it’s quite fun to hang out. Just enjoy it.”