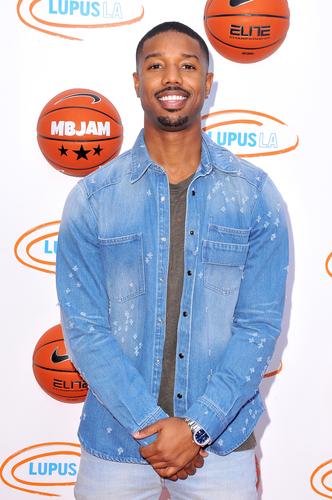 After rumours hit the web that the Creed actor Michael B Jordan is dating a woman named Ashlyn Castro, who is not black, Twitter seemingly went into a frenzy where some alleged boycotting Black Panther.

The Jasmine Brand posted a video on Instagram that sees the two at a holiday party, suggesting that they also spent New Years together. Whether or not their an ficial couple, the idea fans deciding not to watch his upcoming, highly anticipated film based on his dating choices seems a little absurd.

The topic Michael’s dating choices seems to be rooted from a past rumour about that actor, where many believed he doesn’t date black women. “People can like one another, not necessarily from the same history or culture or whatever the f–k it is. It’s just the new world, you know what I mean?” he said in his GQ feature.

He later cleared up the reports where he said the rumours as the craziest thing his fans have said about him.

RELATED: Michael B. Jordan Reportedly Being Considered For “The Matrix” Reboot

Check out some the Twitter reactions to this whole scenario below. What do you guys think?