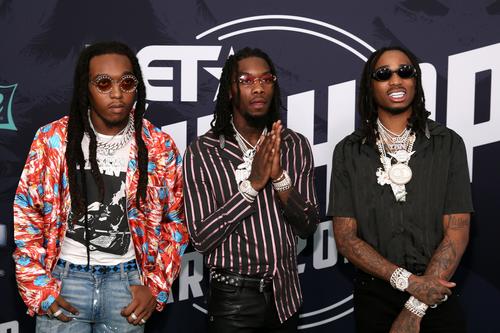 Migos have been teasing their Culture 2 album for while now, sharing various snippets and details over the past couple months, most recently saying that its being “mixed,” and it turns out they weren’t lying. Just minutes after the Migos appeared on TNT’s telecast the Cavs x Warriors game Monday night, Quavo & the group decided to hop on Instagram and announce that Culture 2 will finally be dropping January 26th, just one week from this upcoming Friday.

RELATED: Migos “Culture 2” Merchandise Is What your Wardrobe Needs

Along with its presumed artwork, Quavo shared the release date “1/26/18” as his caption on Instagram. The artwork shows the roman numeral “II” spelled out in white roses, while two white doves flying around them.

Following up last year’s Culture album, Culture 2 is currently being led by the Pharrell-produced single “Stir Fry” and the Nicki Minaj and Cardi B-assisted song “MotorSport,” which is currently sitting at No. 8 on the Billboard Hot 100 chart. Outside that, little is know about the project, but Quavo did say it will shift the Culture once again. “We’re creating a whole new sound,” he told Montreality. “Hip-hop has changed in a big way so you could mark this down as we changing.”

RELATED: Quavo On Migos’ Culture 2: “Wait Til You See Who Executive-Produced It!”

While we wait for an ficial tracklist, check out the announcement (below) and look out for hopefully a new single to surface before its Jan 26th release. Who’s excited to finally hear Culture 2?