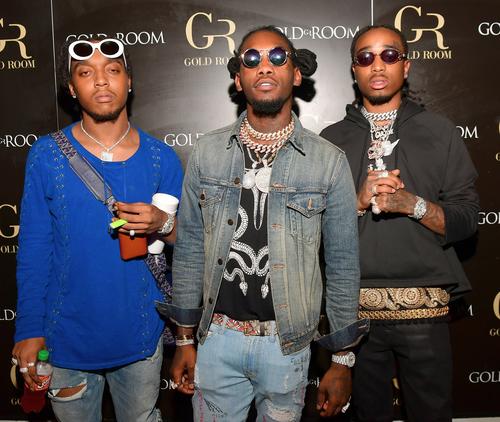 It’s not ten that an album features twenty-four tracks, but Migos clearly aimed to make a statement Culture 2. With a run-time nearly two-hours, the new Migos project is hardly one for the album purists who prefer to consume music in one uninterrupted sitting. I’m willing to bet there are some fans who haven’t even made it through the entire project, opting to take a “skim-and-judge” approach. Granted, that’s fair, as sitting through twenty-four tracks is no easy feat; you damn near need a home cooked meal to get through that.

Maybe you don’t have time to do a full listen through, and are simply looking to catch the highlights. If so, this one’s for you. Here are seven essential Culture 2 tracks for your listening pleasure.

It may be one Culture 2’s opening tracks, but the DJ Durel/Quavo produced track stands as an immediate highlight. As the title might suggest, “Narcos” is heavily influenced by Spanish culture, and Offset and Quavo’s back and forth chorus captures the brilliant simplicity peak Migos. While it might have been nice to hear Quavo really going in, both Offset and Takef turn in some excellent verses.

Takef holds it down as the track’s MVP, relishing in a rich tapestry Cartel-style violence. “Poke his eyes out, ain’t no tellin’ what he saw, I’ma wire his jaw,” raps Takef. “I don’t know if he will talk, get the chainsaw and I’ma saw his legs f.”

Migos are no stranger to commercial success, and Quavo in particular has occasionally crossed-over into the realm pop-music. And while it’s hard to imagine Migos ever going pop, “Gang Gang” finds the trio treading into new territory, showcasing a near unparalleled ear for melody. Murda Beatz holds it down with a hypnotic instrumental, driven by crisp, accessible production; there’s a tropical sensuality about it, with lyrics that verge on true sentimentality.

The winter may still be upon us, but expect “Gang Gang” to come back in a big way come summer. Once again, Migos have showcased a versatility that some might have trouble admitting.

While the modern trap-sound has ten come to be associated with dark, minor key bangers, Migos have tended to stray away from that vibe. On the DJ Durel/Earl produced “Flooded,” however, the trio slide through on their most sinister sounding instrumental yet. Driven by haunting, Dr. Dre-esque piano chords, Offset spits lines like “rockabye baby, give feds to the sharks and the gators.”

It’s one the album’s more straightforward bangers, but the unusually ominous nature help elevate this one above the rest. “Flooded” is Migos at their most villainous, a sharp contrast from the previous highlight “Gang Gang.”

Produced by: Cardo Got Wings

The Cardo produced “Open It Up” harkens back to Culture standout “Deadz,” bringing back the much-loved “AH-OU”. For that reason alone, it deserves a spot on this list, but there are plenty benefits to this second-half banger. With some cinematic synth strings and aggressive percussion, “Open It Up” plays an integral role, adding some proverbial balls to Culture 2’s lush and futuristic aesthetic.

Like “Deadz,” this spiritual successor finds each Migos rapper laying down solid verses, and the energy alone is guaranteed to make this one a live staple for years to come.

When you hear the saxophone, you already know it’s about to be lit. Plus, 2 Chainz has been murdering featured verses for a minute now, and “Too Playa” is no exception. “Donatella on the bootstrap, whole crew got a Tru tat,” raps 2 Chainz, “whole crew got a Tru chain, lay it back, now I move same, hundred thousand in a blue flame, cross a n***a like a spiritual.”

In what has deservedly emerged as a dominant Culture 2 narrative, Takef once again comes through with an excellent performance. In a Breakfast Club interview, Charlamagne claimed that Culture 2 was Takef’s album, and there may very well be some truth to that. Throw in some crazy production from DJ Durel and budding beatmaker Quavo, and “Too Playa” is a certified banger.

“Made Men” is Migos like you’ve never heard them before. Cassius J’s production is smooth, guided by a jazzy piano chord progression, staying true to the title’s implied mafioso themes. This feels like grown-ass Migos, with each rapper sounding equal parts confident and relaxed; while they ten press to be spokespeople for the culture, the subdued bravado “Made Men” proves a convincing affirmation.

While some might knock Migos’ versatility, this one proves that the group is more than mere trap-bangers. While this one might fall under the radar due to a late-game tracklist position, “Made Men” is one Culture 2’s definitive tracks, and a promising sign things to come.

Long before the album dropped, a petition surfaced attempting to get Quavo to remake the United States National Anthem. Therefore, when people first saw Migos closing out the album with “Culture National Anthem,” some might have written it f as mere meme-fuel. Luckily, Migos seemed to have approached the subject with a fair degree respect, coming through with their most emotional song to date.

The production compliments the motivational subject matter; as the track reaches a crescendo, Quavo’s vocals blend with strings and piano, culminating in a powerful, experimental conclusion. It’s cool to hear the group dabbling with some new sounds, and the final minute “Culture National Anthem” is reminiscent Kanye West’s “My Beautiful Dark Twisted Fantasy.”