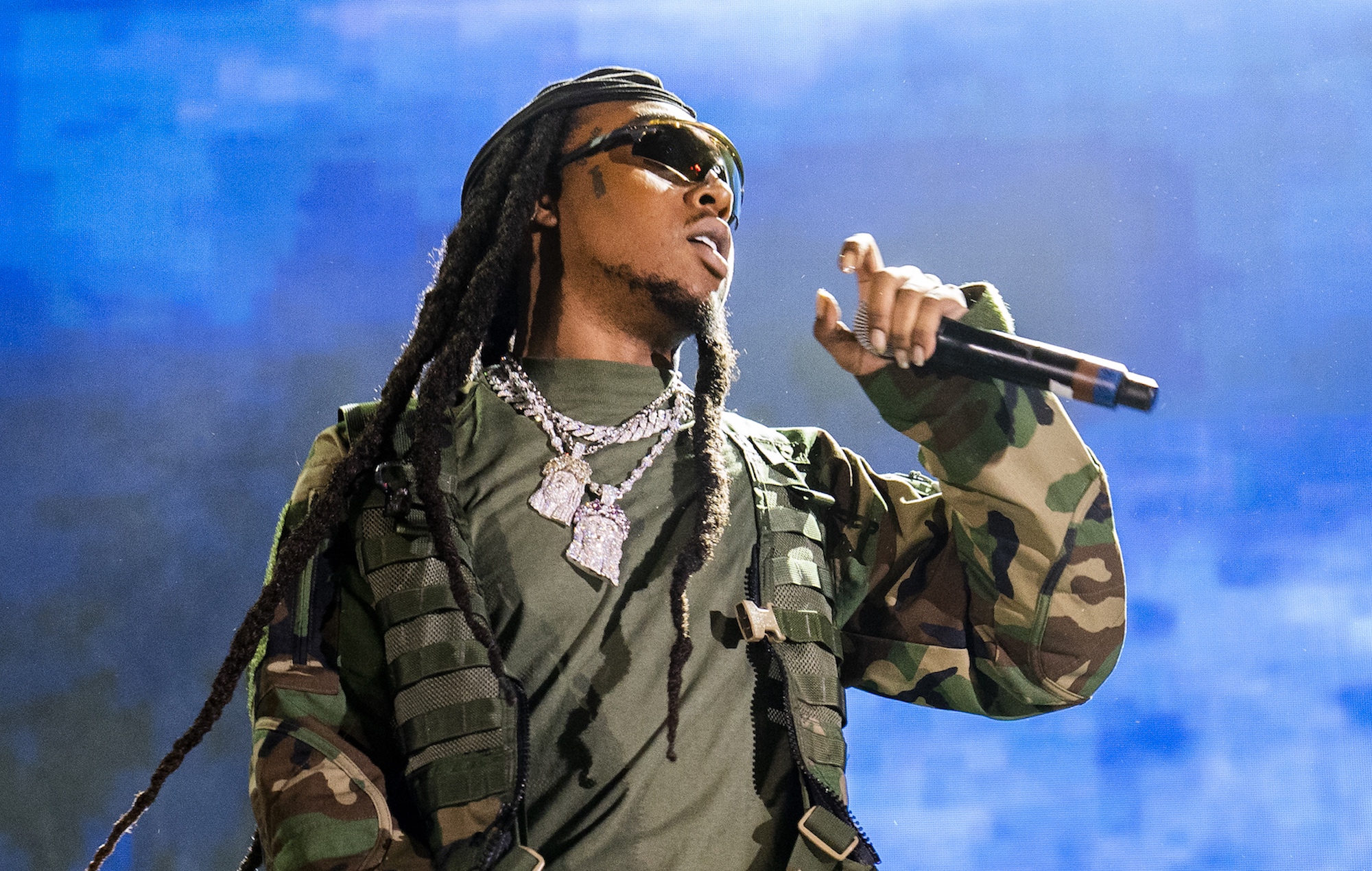 Migos‘ record label, Quality Control Music, have shared a statement regarding the death of Takeoff after the rapper was shot and killed during an altercation at a bowling alley yesterday (October 1).

“It is with broken hearts and deep sadness that we mourn the loss of our beloved brother Kirsnick Khari Ball, known to the world as Takeoff,” reads a statement shared by the label, who released all four of the trio’s studio albums – from 2015 debut ‘Yung Rich Nation’ to last year’s ‘Culture III’.

“Senseless violence and a stray bullet has taken another life from this world and we are devastated,” it continued. “Please respect his family and friends as we all continue to process this monumental loss.”

Takeoff was fatally shot in the early hours of Tuesday morning at the 810 Billiards & Bowling venue in downtown Houston, where he was in attendance at a private party with his uncle and fellow Migos member Quavo.

According to reports, a man opened fire after a disagreement broke out during a game of dice. Takeoff was pronounced dead by officers at the scene, after suffering a gunshot wound to the head or neck.

As KHOU-11 reports, police in Houston have made an appeal for witnesses to come forward in order to help identify the gunman who fired the fatal shot.

“I’m calling you to action, to step up. There were 40 people at least at this event and people left possibly out of fear,” Houston Police Department Chief Troy Finner told the press. “I ask you one thing, and I want this to resonate with everybody. What if it was your brother, what if it was your son. You would want somebody to step up. So please step up.”

News of Takeoff’s death prompted an outpouring of tributes to the late rapper from the hip-hop world and beyond. The likes of Gucci Mane, Dave, Rick Ross, Ja Rule, Kid Cudi, AJ Tracey, Rae Sremmurd, Wiz Khalifa, City Girls‘ Yung Miami, DJ Premier and Cordae have all paid their respects.

Forming Migos in 2008 with his uncle Quavo and cousin Offset, Takeoff would go on to release more than a dozen mixtapes and four studio albums with the group, most recently ‘Culture III’ in 2021. He released his debut solo album ‘The Last Rocket’ in 2018 and last month teamed up with Quavo for the collaborative album ‘Only Built For Infinity Links’.