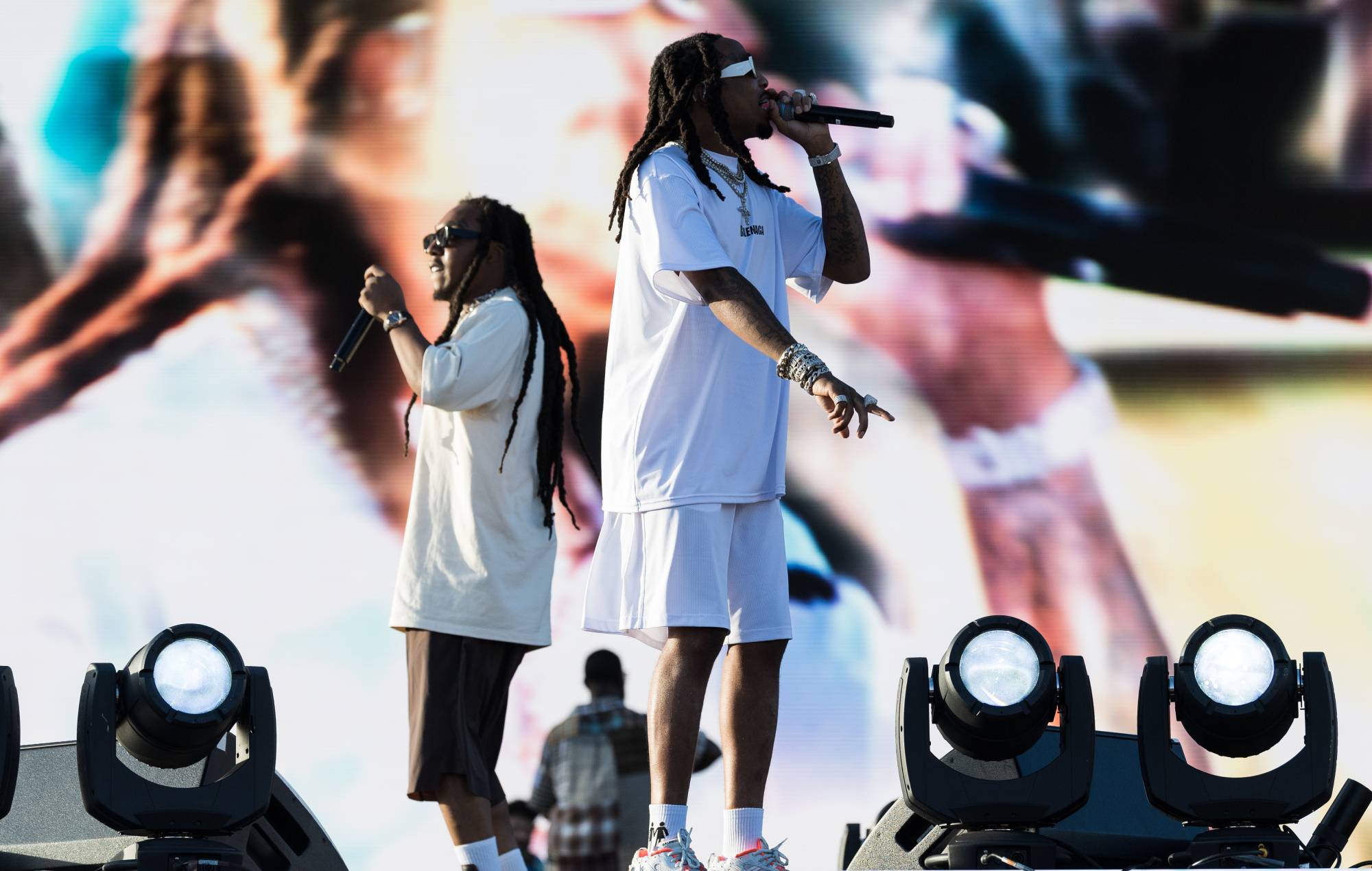 Quavo and Takeoff have shared details of their debut album ‘Only Built For Infinity Links’.

The rappers, who comprise two-thirds of Migos, have announced that their album is released on October 7 via Quality Control/Motown.

It follows the pair sharing their debut single ‘Hotel Lobby’ in May and later the Birdman-featuring ‘Big Stunna’ as well as ‘Us Vs. Them‘ with Gucci Mane.

Quavo and Takeoff, who are uncle and nephew respectively, released their fourth album as Migos with Offset (who is Quavo’s cousin) in 2021 called ‘Culture III‘.

There appears to have been some animosity between the duo and Offset, the latter of whom unfollowed the pair on social media when they announced ‘Hotel Lobby’.

It initiated rumours that Migos have split or are on the verge of doing so.

At the time of the debut single release in May, Quavo and Takeoff announced that their joint project was called Unc and Phew. However it’s not clear if their debut album is being released under that name.

A tracklist for ‘Only Built For Infinity Links’, the title of which is a reference to Wu-Tang Clan rapper Raekwon’s 1995 solo work ‘Only Built 4 Cuban Linx’, is yet to be revealed. See the album artwork below.

All members of Migos have released their own solo records. Quavo and Takeoff issued theirs in 2018 (‘Quavo Huncho‘ and ‘The Last Rocket‘, respectfully), with Offset’s ‘Father Of 4‘ following in 2019.

Offset recently his solo singles ‘Code’ with Moneybagg Yo and ‘5 4 3 2 1‘, the latter of which was produced by Baby Keem.

Last month, Offset reportedly filed a lawsuit against Quality Control – the record label of Migos – over ownership of his solo recordings.

According to court documents obtained by Variety, Offset alleges that Quality Control is claiming ownership over his recent solo work despite his claim he bought back the rights to the music last year.

In the complaint, the rapper claimed that the label’s alleged hold as “wrongful” and that it “knowingly violates Offset’s rights to his own music”.