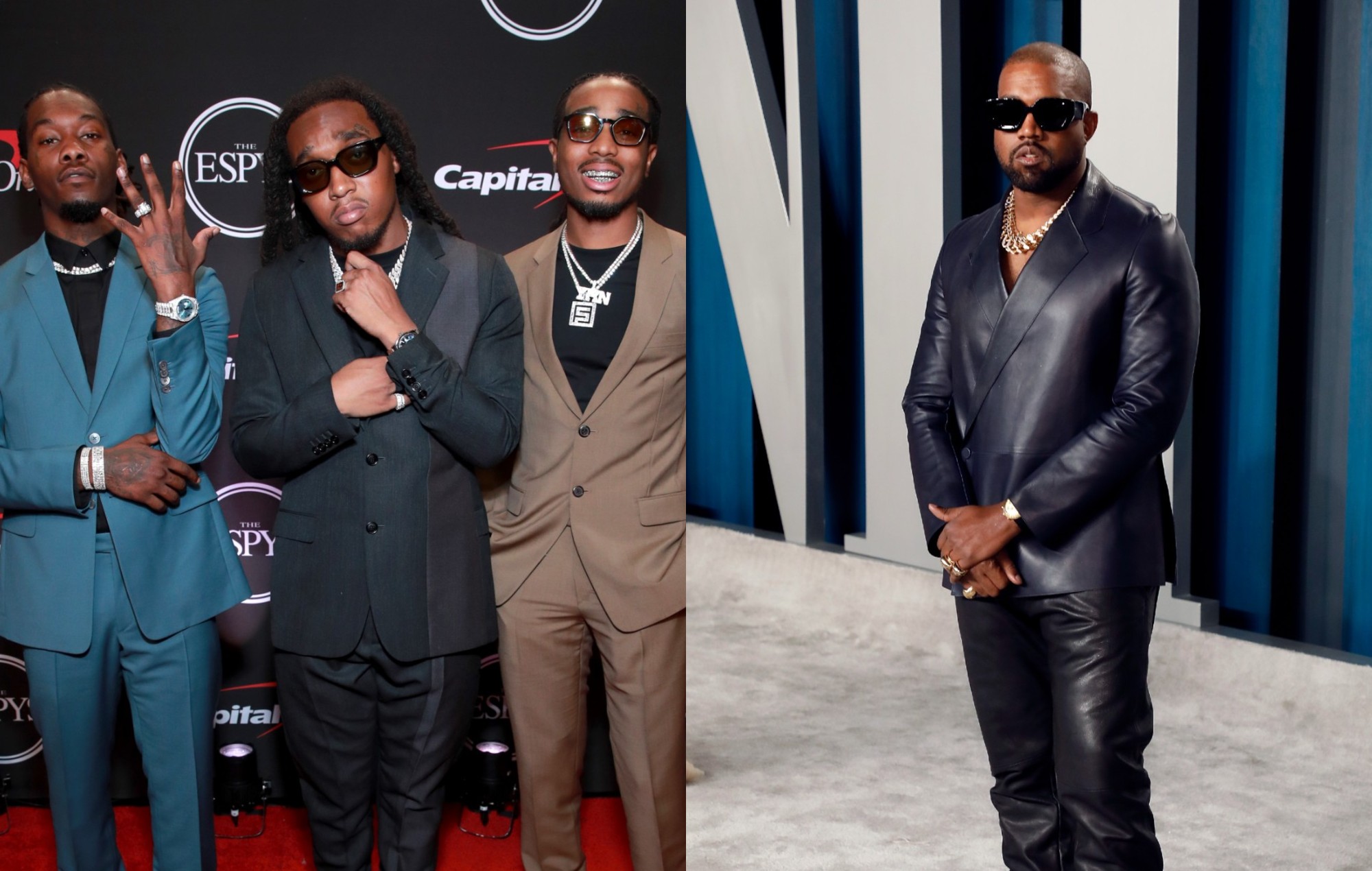 Migos have discussed rumours that they almost signed to Kanye West‘s GOOD Music label in 2016.

The trio have been signed to Quality Control Music since 2015. In 2016 West claimed the band had joined his label under a management deal, however that later turned out not to be the case.

In a new interview on the podcast Big Boy On Demand, the trio were asked in a true or false segment about whether they were supposed to sign with GOOD Music, and instantly answered ‘false’.

Quavo added that “It was a management deal,” but that they were “just talking” with West and never came close to signing any paperwork.

The trio did, however, end up appearing on a Kanye track the following year, the leaked ‘Hold Tight’ which also featured Young Thug.

In 2018 West had a production credit on Migos’ track ‘BBO’ on the album ‘Culture II’, and that same year Quavo claimed the band had contributed to West’s still unreleased ‘Yandhi’ album.

Last week, meanwhile, Migos released the final part of their ‘Culture’ trilogy, with contributions from the likes of Drake and Cardi B.

In a four-star review, NME said of the release: “With ‘Culture III’, Migos have successfully picked up from where they left off in 2018. This latest chapter in the trio’s career certainly seems unlikely to be overlooked by the masses who have embraced the group for the best part of a decade. Takeoff can rest easy, then.”


Two days before the album’s release, Migos performed ‘Culture III’ track ‘Avalanche’ for the first time on The Tonight Show Starring Jimmy Fallon, with their performance including an interpolation of The Temptations’ ‘Papa Was A Rolling Stone’.