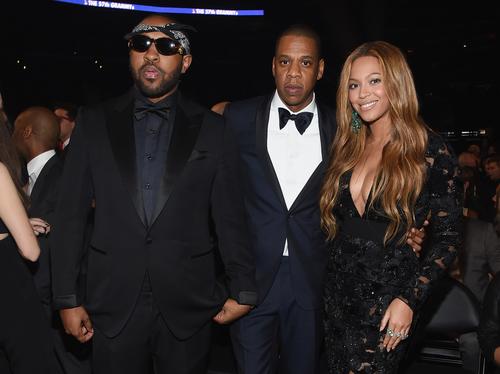 Mike WiLL Made It had an enble 2017. The Atlanta-based producer entered the year with the No. 1 song in the country (Rae Sremmurd’s “Black Beatles”), before earning another No. 1 with Kendrick Lamar’s “Humble” just a few months later. That’s not to mention top ten single “Rake It Up” with Yo Gotti and Nicki Minaj, as well as countless other memorable records (Ty Dolla Sign’s “Don’t Judge Me,” Future and Young Thug’s “Mink Flow,” Sremm’s “Perplexing Pegasus,” Kendrick’s “DNA”). He even produced a song for Target’s ad with Lil Yachty and Carly Rae Jepsen.

Looking at Mike’s continued success, it’s clear that his business is as strong as his creative side, and a new photo on the producer’s Instagram suggests his sights are set for something even bigger in the new year. Standing beside none other than Jay-Z, Mike captioned the photo with some vague but exciting promises. “BIG CONVOS 2018, NOTHING SMALL, NOTHING‼️ WILLY DA CEO,” he wrote, reminding fans that on top making some the biggest hits today, he’s also running Ear Drummers Records, which counts Rae Sremmurd, Two-9, and Eearz among its signees.

It’s not clear exactly what kind “mogul talk” was happening between Mike and Hov, though it seems like it’s probably bigger than music. Given Jay’s many successful business ventures, he’s probably the right person to talk to about that kind thing.

RELATED: Mike Will Made It Shares His 2017 Instrumental Tuesdays Beat Tape

The two have collaborated in the past. Fan favorite “Beach Is Better” from Jay’s 2013 album Magna Carta Holy Grail featured production from Mike WiLL. The producer also went on to work with Beyoncé on her successful single “Formation.”

Last we heard, Rae Sremmurd’s SremmLife 3 was scheduled to arrive sometime in January 2018. As he did on the last two, Mike is expected to have a large presence on the upcoming project.