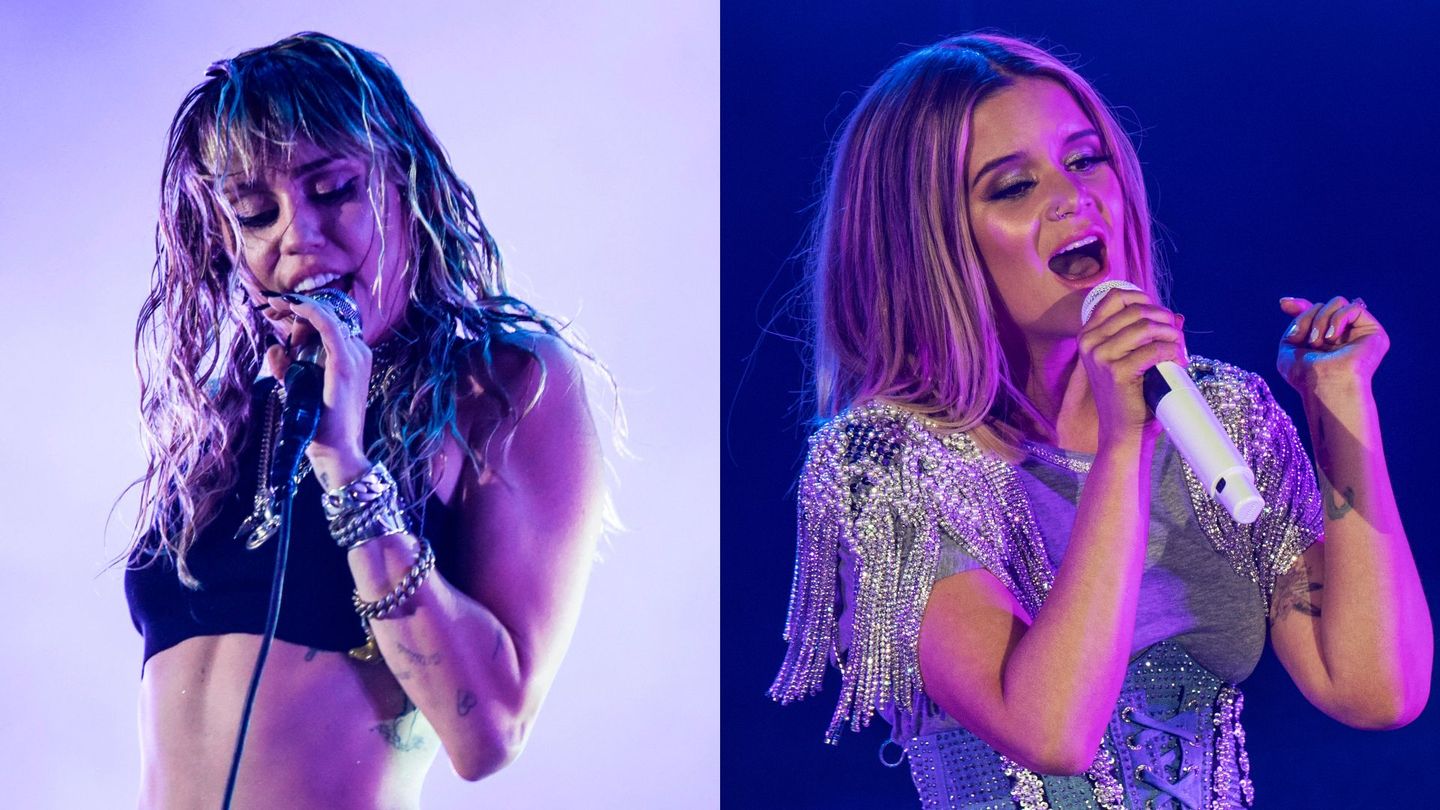 Miley Cyrus and Maren Morris are digging the “Dancing Queen” during Pride Month.

On Wednesday (June 23), Miley posted a sneak-peek clip of her and Morris performing a cover of the iconic ABBA hit for the Miley Cyrus Presents Stand By You concert. Both are donning matching a magenta wardrobe, and Cyrus refers to her singing partner as “Queen Maren” at one point.

The one-hour Pride concert, previously hosted and filmed at the Ryman Auditorium in Nashville for vaccinated attendees on June 8, will be streaming exclusively on Peacock this coming Friday (June 25) at 5 p.m. PT / 8 p.m. ET.

Cyrus asked her fans to give cover suggestions for her to perform. Another song Cyrus covered in the event is Cher’s “Believe,” which she posted in full online. There will also be updates on other classic hits by Madonna (“Music,” “Express Yourself,” and “Like a Prayer”), Cyndi Lauper (“True Colors”) and Mariah Carey (“We Belong Together”).

Cyrus shows her love for the LGBTQ+ community in a performance of her 11-year-old song “My Heart Beats For Love” from her album Can’t Be Tamed, writing in a caption that she “will never give up on the fight for justice, equality, & acceptance for everyone.”

The Stand By You event also spotlights other country artists who are either members or allies of the LGBTQ+ community. These include the music group Little Big Town, duo Brothers Osborne, Orville Peck, and Mickey Guyton, who are all performing as well.

In addition to posting several sneak peeks of the concert, Cyrus has been quite busy lately. On Tuesday (June 22), she dropped a Metallica cover of “Nothing Else Matters,” a major all-star collaboration with the band’s own bassist Robert Tujillo, Elton John, producer and musician Watt, cellist Yo-Yo Ma, and Red Hot Chilli Peppers drummer Chad Smith. The cover will be included in the companion set of the 30th anniversary of Metallica’s Black Album.

“Honored to be in the company of some of the greatest to ever do it,” she wrote on Instagram.

Cyrus revealed back in October to Interview magazine she is also working on her own Metallica cover album, but a release date, tracklist, and title have yet to be announced.