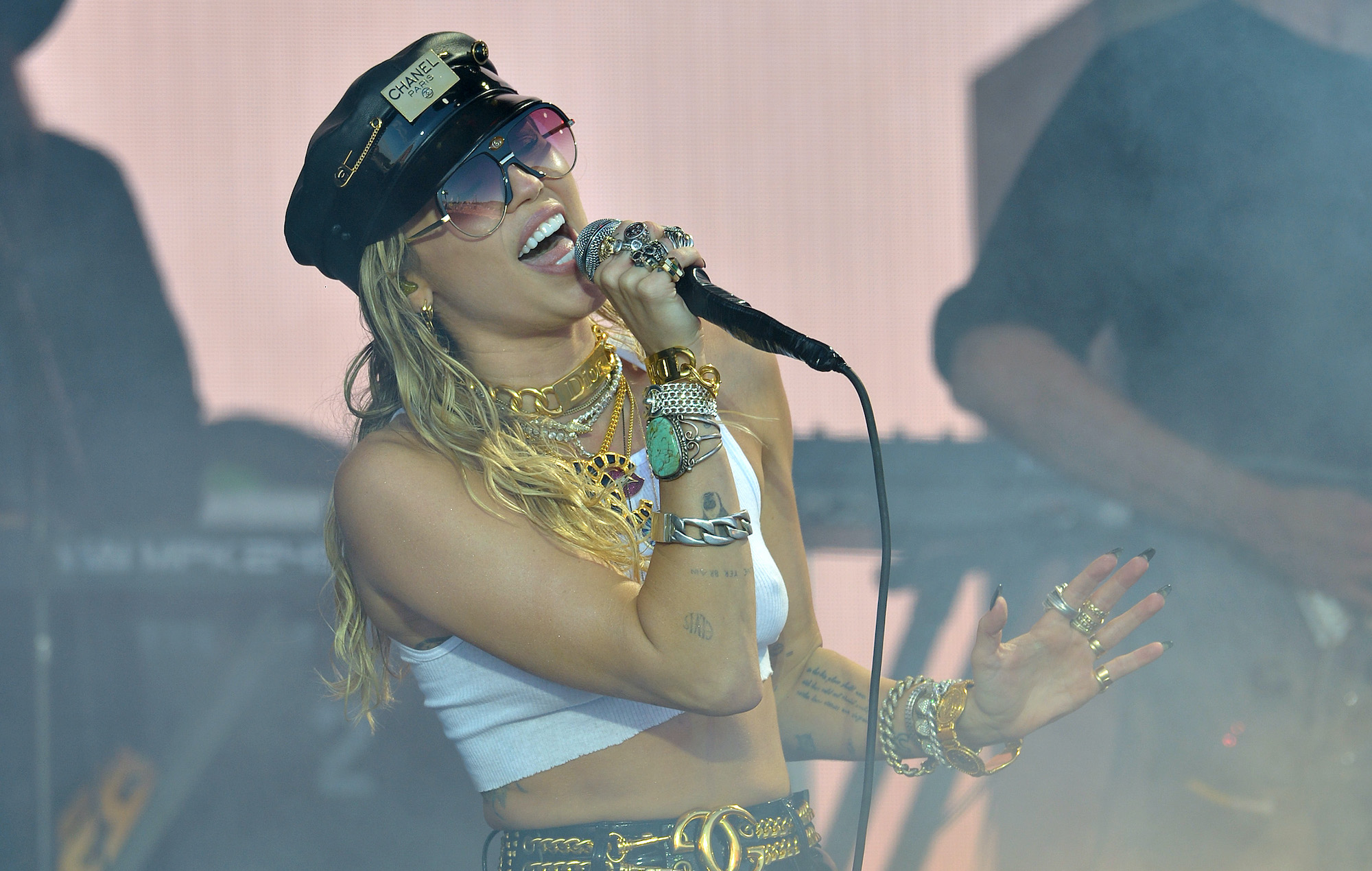 Miley Cyrus criticises July 4 parties in US: “Fuck the fourth until there is freedom”

Miley Cyrus has spoken out against celebrations of the US national holiday Independence Day on social media.

“This was in 2017,” the singer wrote on Instagram and Twitter, referring to a video link for a ‘Party in the U.S.A.’ performance on July 4 three years ago. “Feels EVEN MORE relevant right NOW. It ain’t a Party In The USA until we see #LibertyandJusticeFORALL you heard me, FOR ALL! #fuckthefourthuntilthereisfreedom.”

In the clip, filmed three years ago at the iHeartRadio Music Festival, Cyrus said: “It’s not a party in the USA if we don’t have equality, unity, justice, compassion, kindness, opportunity, healthcare, education, non-violence.

“So, fuck yeah, it will be a party in the USA. We’ll see it. If we all fucking come together, we’ll fucking make sure that it is, ’cause I’m not giving up. We can’t stop, all right?”

This was in 2017. Feels EVEN MORE relevant right NOW. It ain’t a Party In The USA until we see #LibertyandJusticeFORALL you heard me, FOR ALL! #fuckthefourthuntilthereisfreedom pic.twitter.com/QNRrIknL0R

July 4 is a federal holiday in the United States commemorating the Declaration of Independence of the United States, signed on that date in 1776. The declaration’s promise of “justice, liberty, prosperity and independence” has been questioned as far back as 1852, however, when abolitionist Frederick Douglass gave a speech now called “What to the Slave Is the Fourth of July?”, at a time when slavery was still legal in Southern states.

Cyrus’ comments arrive in light of the death of George Floyd while held in police custody on May 25, and subsequent worldwide protests supporting the Black Lives Matter movement.

‘Party in the U.S.A.’ has become an Independence Day favourite in recent years. In 2019, the song’s music video saw a 240% rise in streaming figures on YouTube.

Last month (June 24), Cyrus revealed that she has been sober for six months in a new interview.

The singer-songwriter told Variety on a podcast that her family history, her craft and a surgical procedure on her vocal cords prompted her to give up the drink.

“It’s been really important for me over the last year living a sober lifestyle, because I really wanted to polish up my craft,” Cyrus explained.