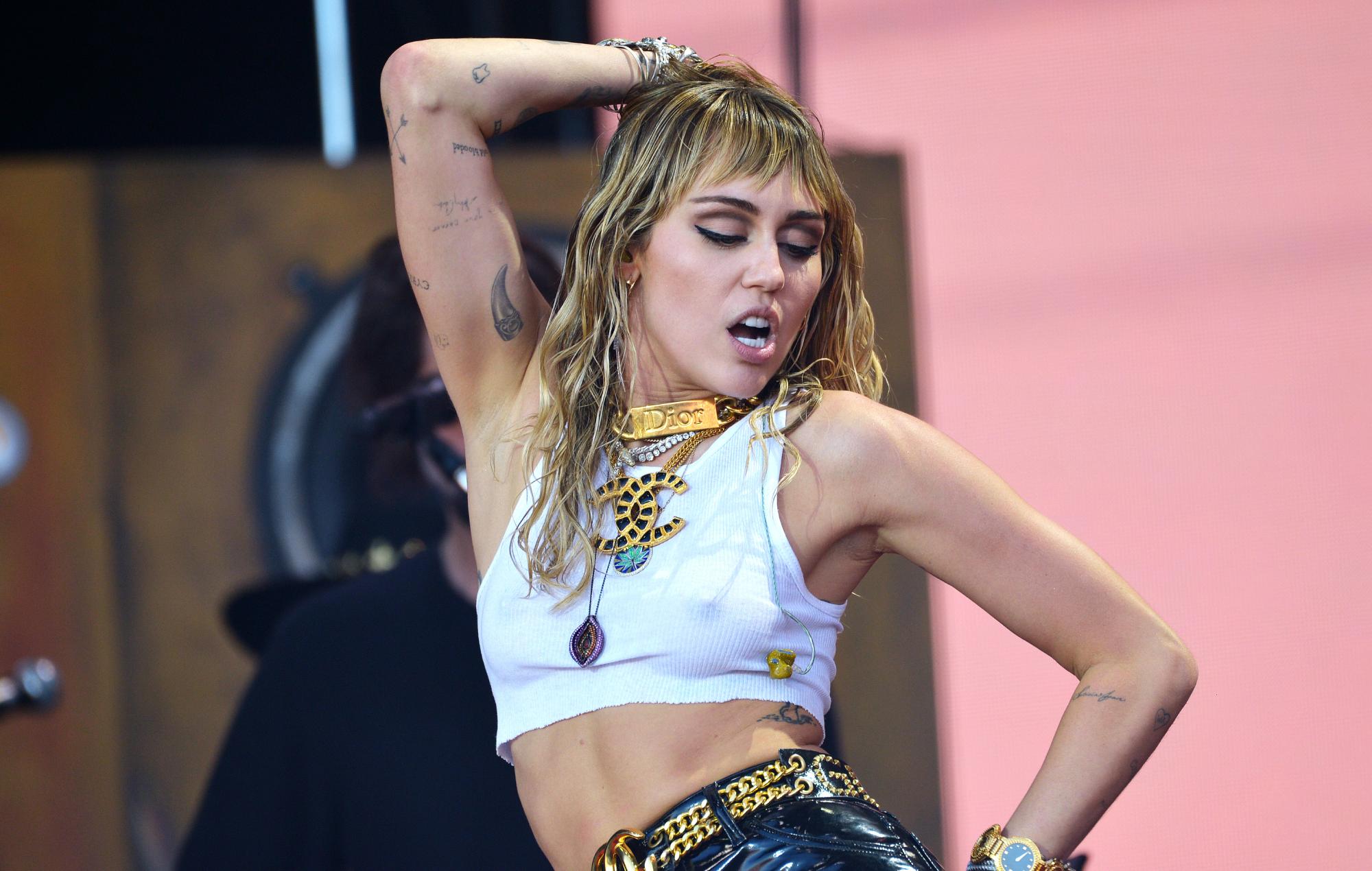 The pop star shared images of herself posing in the new clothing yesterday (July 22), which range from her showing off the “cancelled” tracksuit and a T-shirt that reads “I <3 Dick”.

“MILEY IS CANCELED!!!!” she captioned the series of pictures. “MORE NEW MERCH! MILEYCYRUS.COM!”

“IDK what @billyraycyrus is gonna be more pissed about! Me making a shirt that says ‘I <3 Dick’ or crawling all over his truck in my @gucci heels!” she tweeted.

IDK what @billyraycyrus is gonna be more pissed about! Me making a shirt that says “I ❤️ Dick” or crawling all over his truck in my @gucci heels! Speaking of Daddy’s ask yours for 35 bucks and get the new “Miley made me gay” merch on https://t.co/Lc580JyCEe! pic.twitter.com/9fOxcaYHVu

Earlier this month Cyrus performed a new cover of Cocteau Twins‘ ‘Heaven Or Las Vegas’ in the city itself.

The rendition came as part of a special show opening the new Resorts World venue where she also joined calls to “free Britney” while performing ‘Party In The USA’.

“I’m gonna sing a song that no one fuckin’ knows,” Cyrus joked before beginning the cover. “But you will know it after tonight.

It was the latest in a series of cover versions that the pop singer has performed in recent months following on from renditions of Dolly Parton’s ‘Light Of A Clear Blue Morning’ and ‘Doll Parts’ by Hole, among others.