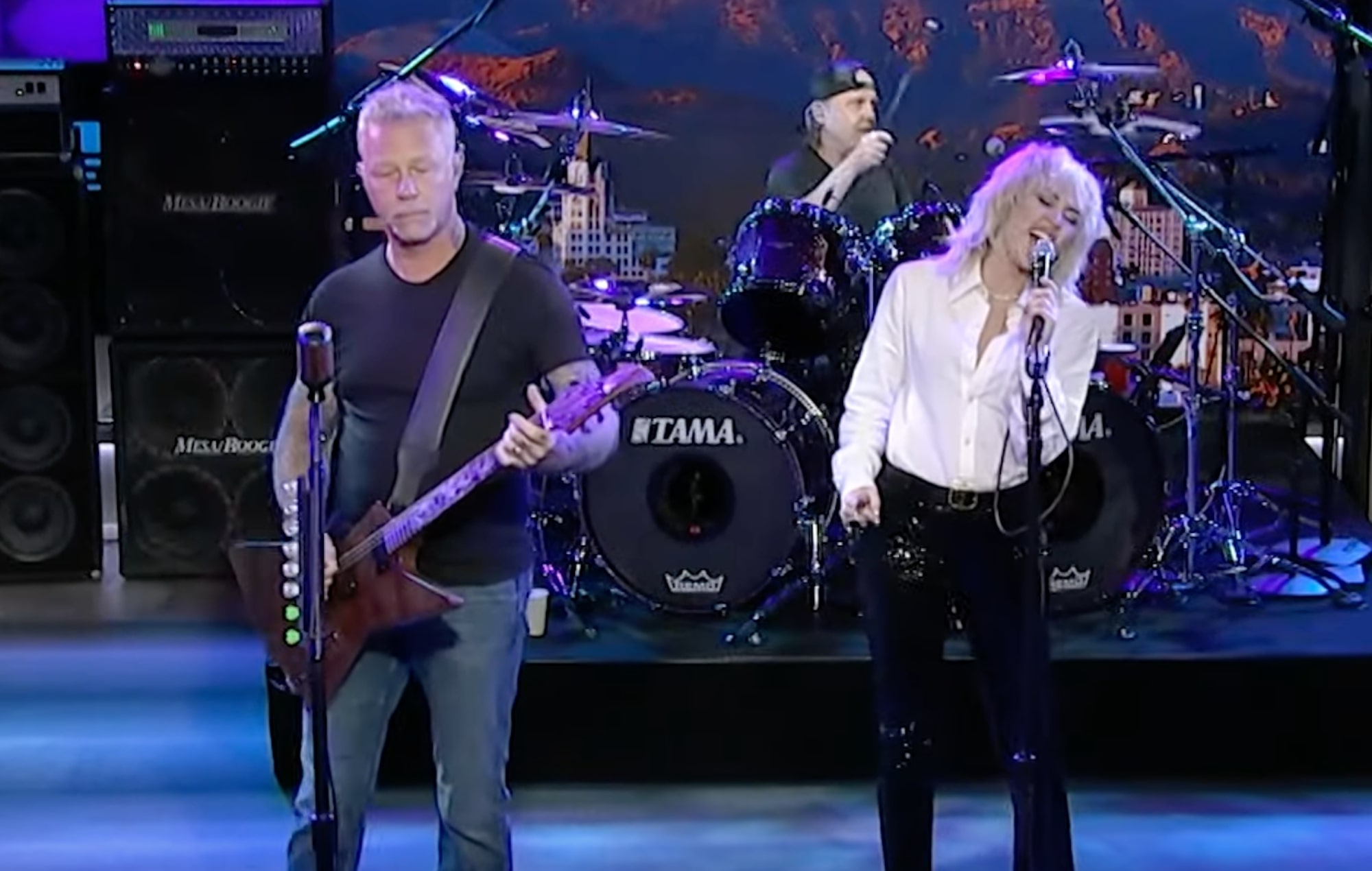 Miley Cyrus has reflected on her love for Metallica‘s ‘Nothing Else Matters’, saying she feels like the hit song “was written for me”.

Cyrus first covered the track during her Glastonbury 2019 set, and shared a recorded version for recent tribute album ‘The Metallica Blacklist’. She also performed the song alongside Metallica on The Howard Stern Show last month.

In a new interview with Metallica drummer Lars Ulrich for Interview Magazine, Cyrus shared her love for the song, and how she hopes it will see her fanbase embrace her true musical tastes.

“This eclectic mosaic of a collaboration that we’ve brought to life [on ‘The Metallica Blacklist’ is reflective of [unity],” Cyrus said. “It’s like, ‘Fuck the divide.’ For you to listen to my cover of ‘Nothing Else Matters’ with an open mind is an example of that — you don’t judge who I’ve been, what I’ve done, or how people see me.

“By allowing me to cover ‘Nothing Else Matters’ on the record is like you guys validating my relationship to this song,” she added. “It feels like it was written for me, and it was something that I was able to make my own. And now, my fans have that connection to it as well.”

Last year, Cyrus shared her intention to record an entire Metallica covers album. The news came after the singer previously cited Metallica as an inspiration behind her new album ‘Plastic Hearts’, which she said “will be reflective of who I am”.

Reviewing The Metallica Blacklist, NME wrote: “This is a record that makes ‘DONDA’ look positively zippy. Inevitably, the record descends into a series of multi-band cover-offs, the listener acting as Caesar, deciding which ‘winning’ version should really have made the cut. Half the time you feel like you’re doing the compiler’s job for them.”