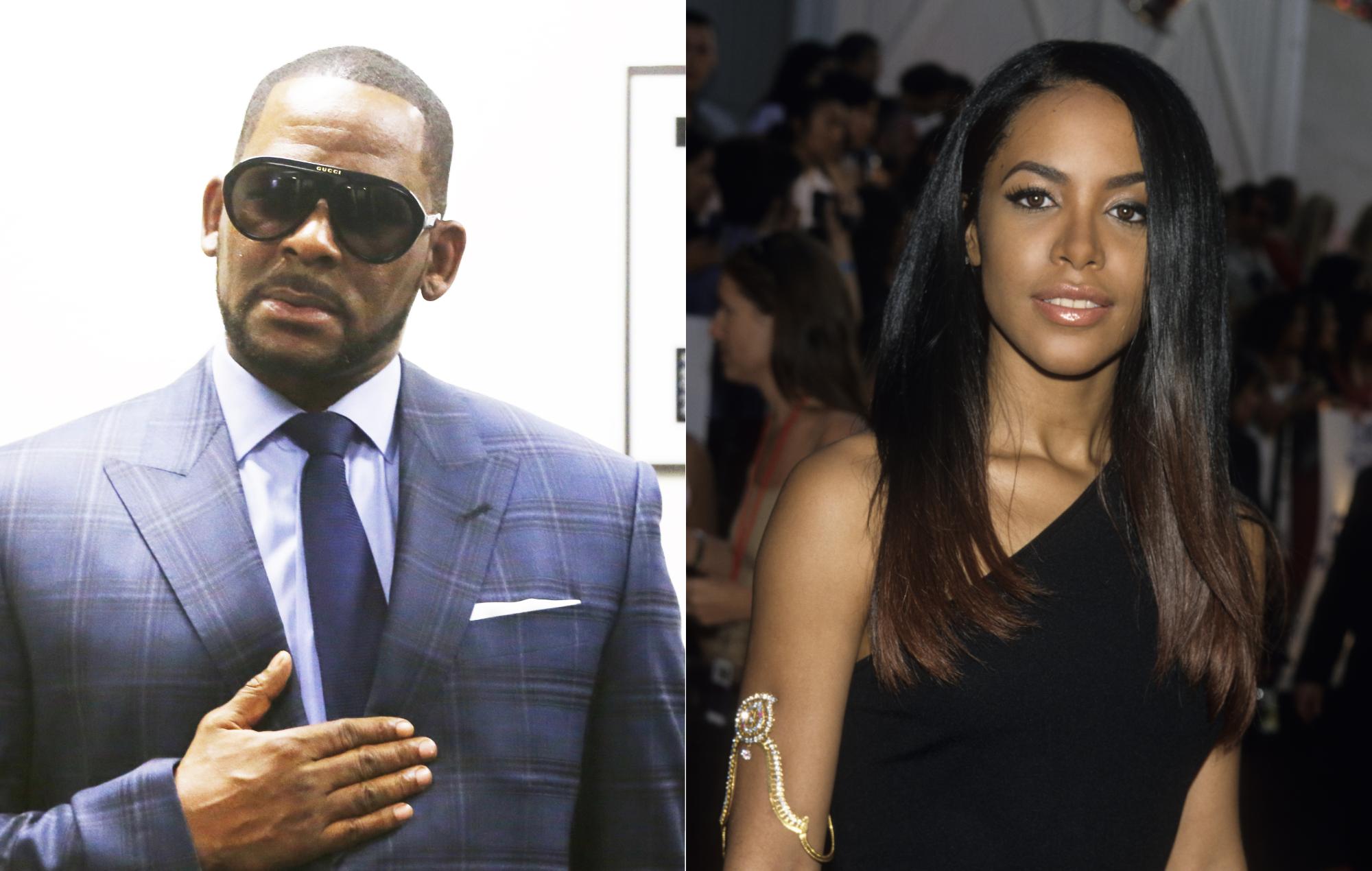 The minster who officiated at R Kelly and Aaliyah’s illegal wedding has spoken out about the illegal union between the two.

Nathan Edmond, a 73-year-old minister in Chicago, spoke about the 1994 ceremony at the trail of Kelly in New York. Aaliyah was 15 at the time of the service.

It’s the first time Edmond has spoken publicly about the wedding after being subpoenaed by federal prosecutors.

Speaking via video link from Chicago, Edmond said: “I didn’t think it was anybody special. I didn’t understand it at all,” he said of the ten-minute service, which took place in an Illinois hotel.

“The door opened to the bedroom and out stepped Aaliyah and Mr. Kelly. They both had one leg on the jogging suit up to the knee. You couldn’t see her whole face because her hair was over half of her face.”

As reported in Rolling Stone, Edmond further testified that Kelly, Aaliyah, friend Keith Williams and “about three other gentlemen” were present for the service on August 31 1994.

While he went on to say that he declined to sign a non-disclosure agreement at the time — “I looked at it, I read it, then I kind of chuckled… and said it wasn’t worth the paper it was written on,” Edmond said at the trial, he had previously declined to speak about the service until subpoenaed.

Kelly is accused of sexual abuse, racketeering and bribery. He denies all charges.

Earlier in the trial, an ex-tour manager forKelly has claimed that he paid a government worker for a fake ID in order to help secure marriage between Kelly and an underage Aaliyah.

Demetrius Smith spoke at the singer’s trial in Brooklyn, New York on Friday (August 19), alleging that Kelly had persuaded him to obtain fake ID so that the then 15-year-old Aaliyah could marry him.

Smith claimed that he paid $500 (£367) for an ID used by Kelly, then aged 27, to wed Aaliyah. Earlier court documents reportedly said that the bribe was paid on August 30, 1994 – one day before the marriage licence was issued [via BBC News].

Former tour manager Smith said at the trial that the decision to obtain the document was made by Kelly’s “associates” after Aaliyah said she was pregnant.

He said that when he pointed out that Aaliyah was “too young” he was asked “whose side I was on”. On Friday he told the court that he “went to the welfare office, and I walked in, and I said: ‘Hey, want to make some money?’”

Aaliyah, whose full name was Aaliyah Dana Haughton, died in a plane crash in 2001 aged 22. She was married to Kelly but it was annulled months later. Her age was listed as 18 on their marriage certificate.

Kelly, whose full name is Robert Sylvester Kelly, is also on trial as the alleged ringleader of a two-decade-long scheme in which he is accused of having recruited women and underage girls for sex. He has been in jail two years.