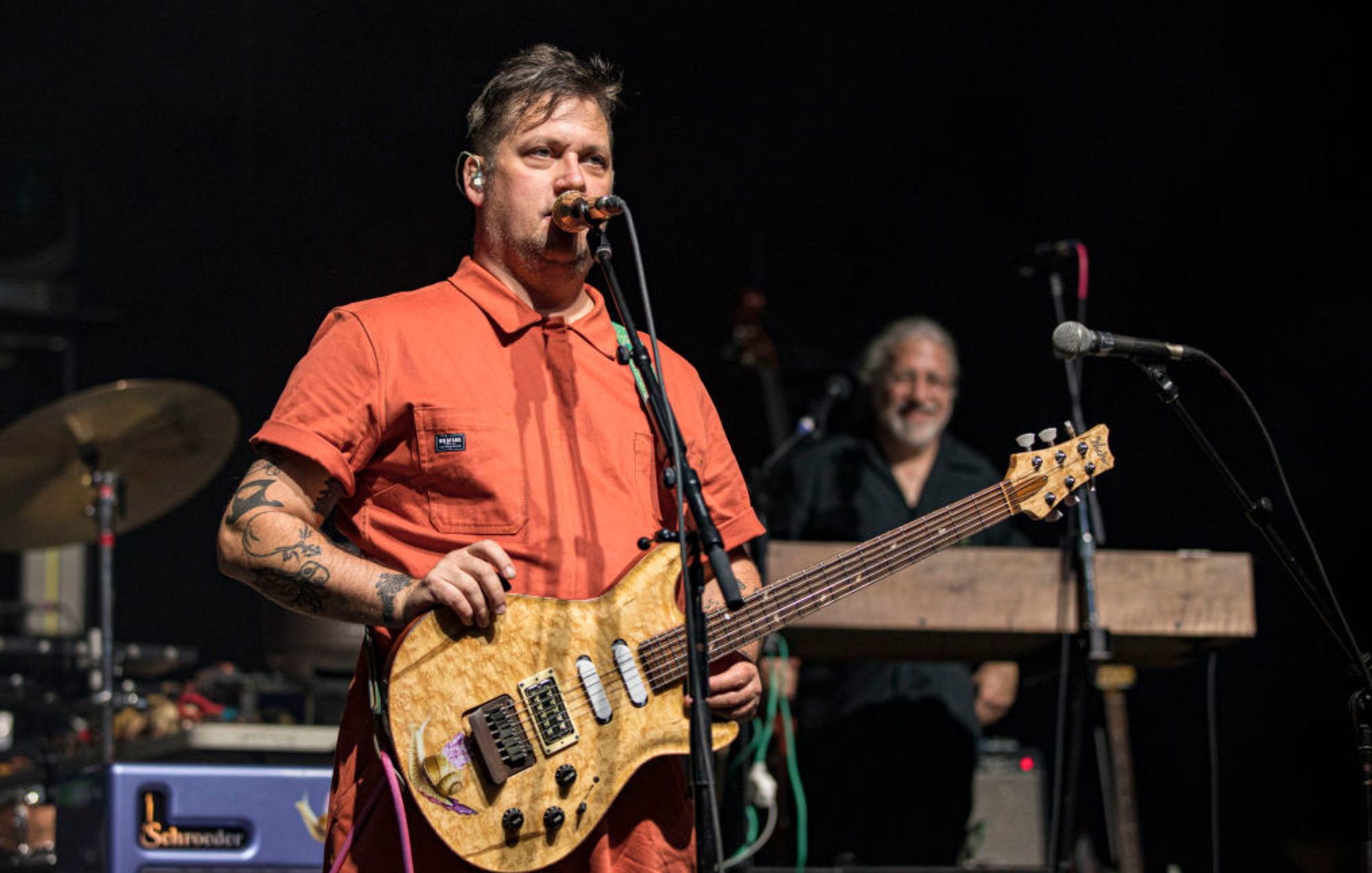 Modest Mouse performed the majority of their second album ‘The Lonesome Crowd West’ at a benefit show in Seattle last week – you can see footage below.

The band appeared at the annual Seattle Musicians for Children’s Hospital (SMooCH) last Friday (December 11), delivering a throwback set that included songs they haven’t played live in more than a decade: ‘Polar Opposites’ and ‘Teeth Like God’s Shoeshine’ were performed live for the first time since 2001 and 2008, respectively.

Their set at the Showbox included the live debut of ‘Long Distance Drunk’, taken from 1997’s ‘The Lonesome Crowd West’. The band ran through the majority of the aforementioned album, only omitting one track: ‘Lounge (Closing Time)’.

“We’re not playing ‘Lounge,’ I’ll tell you why. I was tired and I had to drive here,” frontman Isaac Brock told the crowd. “That’s why. It’s a fucking hard song. We almost got there and then I got angry.”

You can see footage from the set below:

‘Whenever You Breathe Out, I Breathe In (Positive Negative)’
‘Interstate 8’
‘Broke’

The shows, which come on the back of the band’s recent album ‘The Golden Casket’, which came out earlier this year, begin in the United States in April and feature a slot at next year’s Just Like Heaven festival in California, headlining alongside Interpol, The Shins and M.I.A.

After the mix of headline shows and festival dates in the States, the band will then head to Europe next July for two festival shows in Stockholm and at Madrid’s Mad Cool.