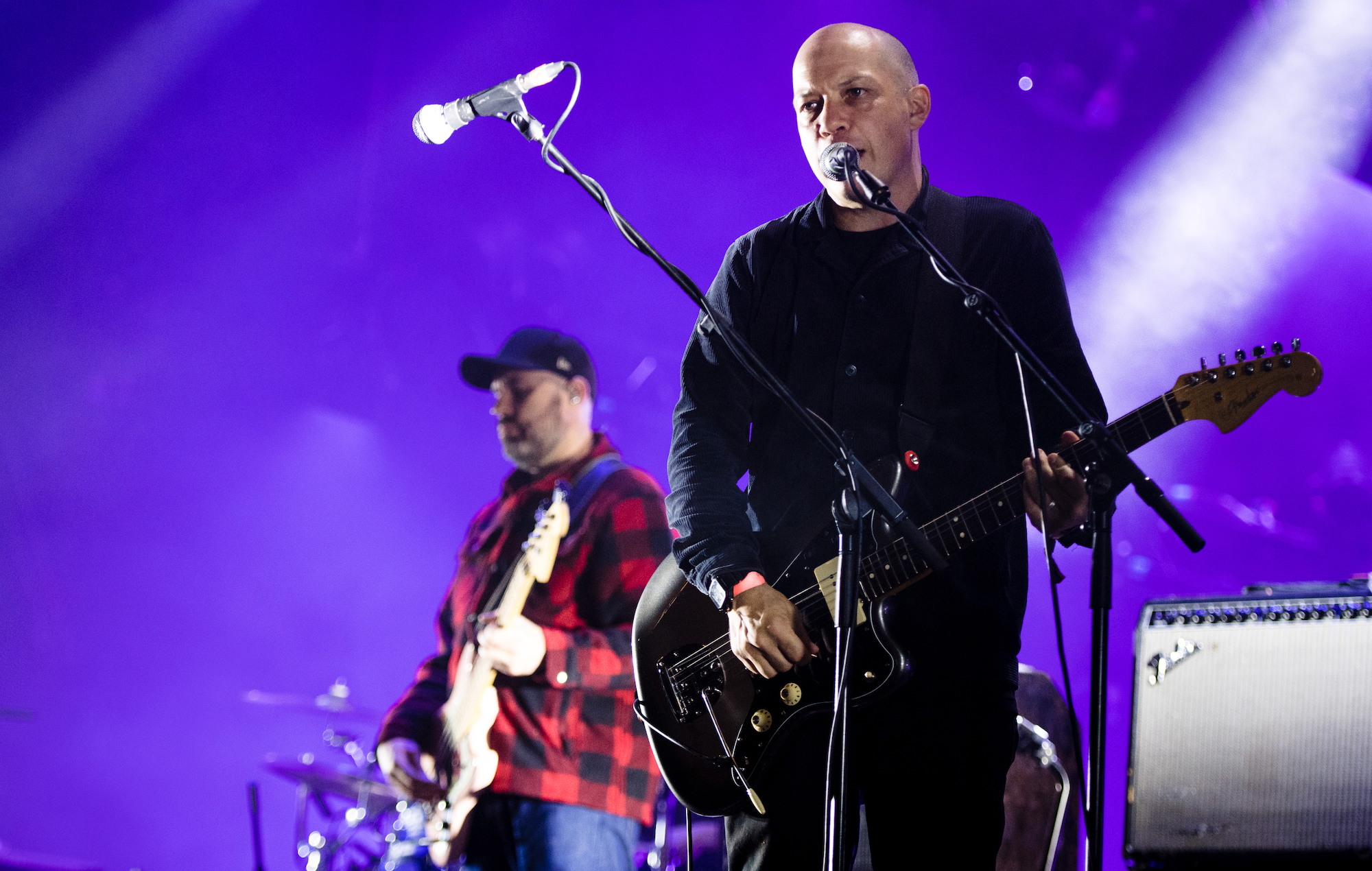 Mogwai are recruiting Glasgow fans for an upcoming film project

Mogwai are seeking out fans in their batting grounds of Glasgow, Scotland to take part in an upcoming film project, asking those attending this weekend’s gig in the city to make themselves known.

The band are set to perform at the Glasgow Royal Concert Hall this Sunday (November 7), marking their first show on home soil since they won the 2021 Scottish Album Of The Year (for their recent 10th LP, ‘As The Love Continues’).

It’s at the homecoming gig that fans will have a chance to immortalise themselves on film, with Mogwai asking those interested in the prospect to email [email protected] for more information.

The call to arms came in a Tweet on Monday (November 1), alongside which they also shared what appears to be a teaser for the film. It comprises landscape shots of Glasgow soundtracked by various snippets of Stuart Braithwaite boasting of his band’s heritage.

The teaser ends with a title card reading ‘Mogwai 25’, indicating that the film – set to be helmed by longtime collaborator Antony Crook – will cover the band’s quarter-century tenure thus far.

Take a look at the teaser and recruitment callout below:

If you’re coming to our show in Glasgow this weekend (Sun 7 Nov) and would like to take part, please email [email protected] for more information.

Mogwai released the Mercury-nominated ‘As The Love Continues’ back in February, flanked by the singles ‘Dry Fantasy’, ‘Ritchie Sacramento’ and ‘Ceiling Granny’. It earned the band their first UK Number One, following a head-to-head battle with Ghetts that featured celebrity endorsements and a stunt involving a tank.

Reviewing it for for NME, writer Damian Jones said the record “opens beautifully but falls short at times during its second half”, caveating that its material as a whole “works so much better in a live setting”.

The album also ranked third place on NME’s list of the best albums conjured up in lockdown, with writer Gary Ryan saying: “it doesn’t define our current predicament so much as provide much-needed escapism from it.”

The band’s former live agent, Mick Griffiths, died earlier this month from complications owing to cancer. Mogwai were among a slew of acts that paid tribute to Griffiths, posting in a statement: “Mick believed in us when not many others did. We’ll be eternally grateful for everything he did for us over the years. We wouldn’t be the band we are today without Mick. Our thoughts are with his family and friends.”

Following their UK tour, Mogwai will head to the US for a 16-date run of headline shows next April.