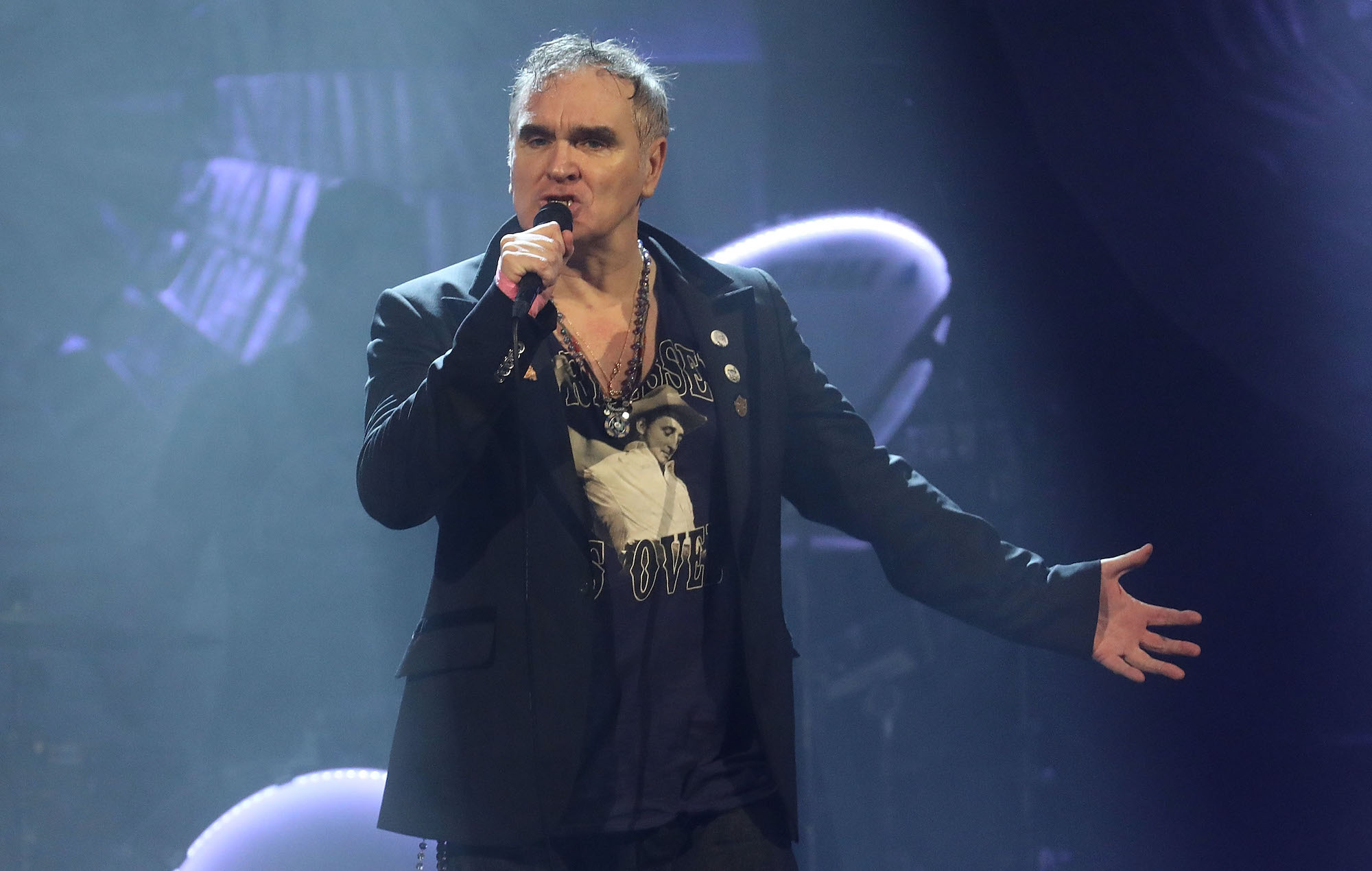 Morrissey thanks fans for support following mother’s death: “I send you what remains of my love”

Morrissey has thanked fans for their support after his mother died last week.

Elizabeth Anne Dwyer, who is thought to have been in her eighties, passed away after the singer previously pleaded with fans to pray for his mother, warning that “there is no tomorrow” without her.

In a new post on MorrisseyCentral, the singer shared photos of the flowers left outside his mother’s home, and shared a lengthy message to thank fans for their support.

“The flowers of solace, comfort and consolation that have arrived at Beechmount – my mother’s home for over 30 years, and now, her premature place of rest, are all so Hindu sundar; so beautiful; so expensive; so lavish; so glamorous; so much more than I ever expected that anyone anywhere would bestow on my mother,” he wrote.

“For my own life I don’t care anything, but how my worldwide friends have regarded my mother with such great respect and faithful love is a gift to me that no success, triumphs or riches could match.

“I send you what remains of my love, and I hope that we all survive so that one day, one way, the halls of music and free expression will never again hold the power to exercise their malicious deception that keeps us apart.”

The singer had previously posted on the site to inform fans of his mother’s ill health last week.

Sharing a photo of them together when he was in The Smiths, Morrissey wrote: “With this broken voice I beseech you, my friends, to offer prayers of hope and prayers of intercession for the recovery of Elizabeth Anne Dwyer, who is my mother, who is in trouble, and who is the sole reason for all the good and motivational things in my life.

“She is me, and without her vahaan koee kal hal … there is no tomorrow. I ask no more of you… for there could be no more to ask.”

Morrissey was born to Dwyer and his father Peter Morrissey in Davyhulme, Lancashire, and grew up in nearby Manchester.

Dwyer was also a constant presence at his gigs – most recently attending a show at the London Palladium in 2018.