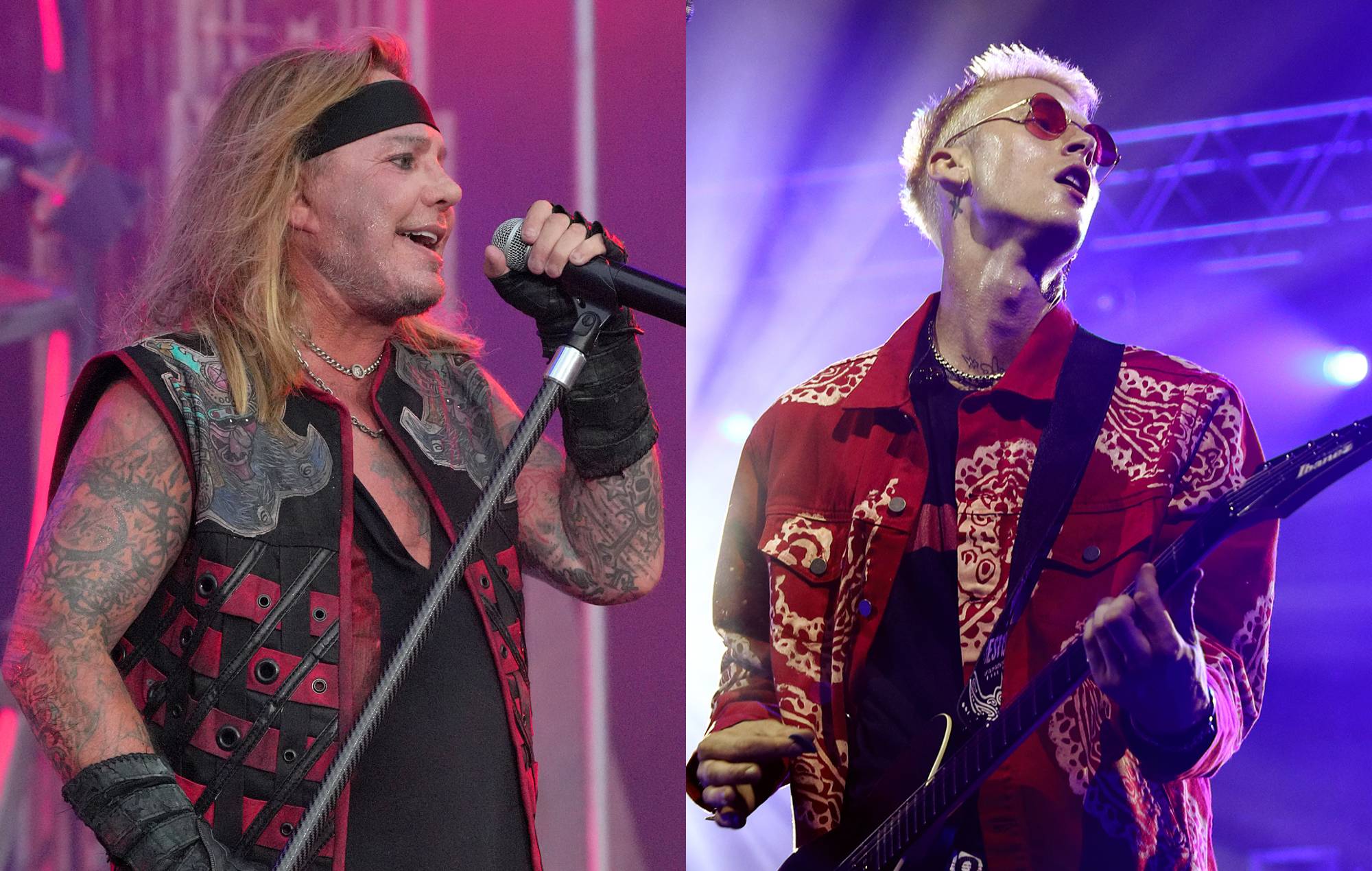 The jaunt, which sees Mötley Crüe perform alongside Def Leppard, Poison, and Joan Jett And The Blackhearts, kicked off in Atlanta and mid-way through the gig, Mötley Crüe brought out MGK to play the live debut of their 2019 collaboration ‘The Dirt (Est. 1981)’.

You can see footage of the moment here:

“We did it! You did it, we did it, we’re fucking here!” Lee was reported to have told the the crowd before detailing his injury (via Stereogum).

“OK, anyway, what I’ve got to tell you is about 14 days ago, I fuckin’ broke not one, not two, not three, but four fuckin’ ribs right here… I wish I had a fuckin’ badass story like me and Connor McGregor fuckin’ scrapping out in some fuckin’ bar or something, but I don’t,” he added, before introducing his replacement.

Lee continued: “Anyway, I hope you guys have a fucking great time. And my boy Tommy Clufetos back here, he’s gonna help me get through this. ‘Cause the doctors told me, ‘No playing, bro. No playing.’ And I was like, ‘Are you fucking high, bro? We’ve got a fucking tour to do.’ So anyway, I ain’t fuckin’ sitting out for shit. My boy’s gonna help me out here, and I’ll see you guys later. On with the goddamn show.”

In other news, the trailer for Machine Gun Kelly’s upcoming new documentary, Life In Pink arrived yesterday. You can watch it here.

An official synopsis on the film reads: “Machine Gun Kelly’s Life in Pink is an in-depth look at the dramatic highs and lows of an artist chasing music’s top spot while tackling noise from the outside world, stardom, fatherhood and more.

“From creating his platinum-selling, Billboard No. 1 album Tickets to My Downfall, to his most recent No. 1 studio album, Mainstream Sellout, this is an all-access pass, that goes beyond the headlines, into the chaotic world of Machine Gun Kelly.”