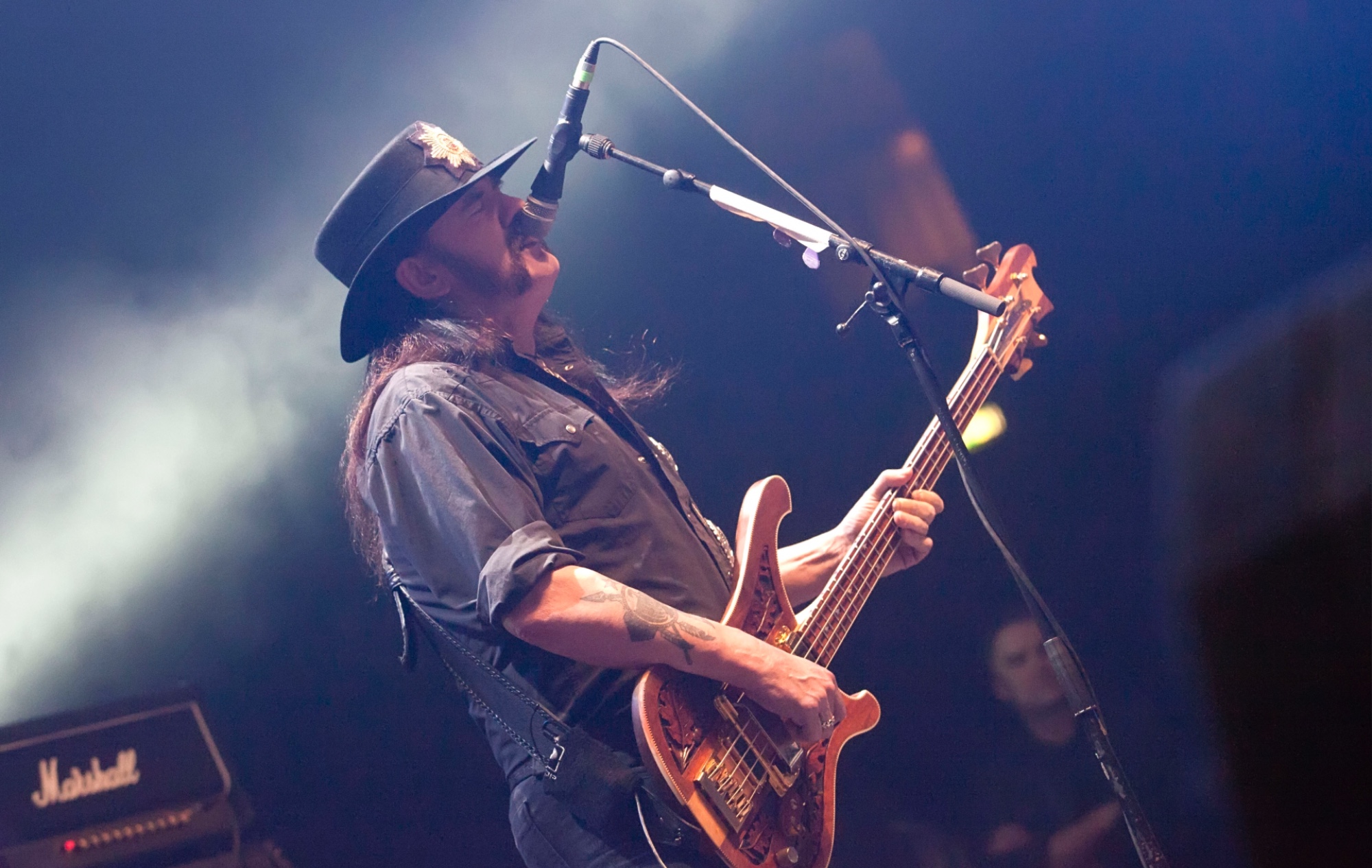 Motörhead have shared a live clip from the archive ahead of the release of a new concert film – you can watch it below.

The clip, which shows the group playing ‘Rock it’ live in 2012, comes ahead of the release of Louder Than Noise…Live In Berlin – a film of their 2012 concert at the Berlin Velodrom on December 5, during their ‘Kings of The Road Tour’. The film will also be accompanied by a live album release.

Louder Than Noise… Live in Berlin is set for release on DVD/CD, vinyl and digital formats on April 23, and pre-order is open now here. You can see also the tracklist for the live album below.

The footage was shot by concert filmmaker Herwig Meyszner and you can watch the clip here:

‘Louder Than Noise…Live In Berlin’ tracklist:

“‘Louder Than Noise… Live in Berlin’ is a crowning, definitive statement as to the power the trio had long held,” a statement of the release explains about the Motörhead line-up at the time (Ian ‘Lemmy’ Kilmister, Phil Campbell and Mikkey Dee).

“Theirs was a line-up which had spent decades cracking sound barriers, bending ears and decimating lawns worldwide, consistently delivering the Motörgospel to hundreds of thousands of fans, and this line-up was Motörhead’s longest serving by a considerable distance (Phil joined in 1984, Mikkey in 1992, and the band played as a trio from 1995 until the band’s final show in 2015).”


Last month, it was revealed that the ashes of late Motörhead star Lemmy‘s were placed in bullets and given to his closest friends.

The legendary frontman and bassist died in December 2015 at 70 years old from prostate cancer and heart failure.

Sharing his Lemmy-engraved bullet on Instagram on March 22, Riki Rachtman – former host of MTV show Headbangers Ball – wrote: “Before his death #Lemmy asked for his ashes to be put in some bullets & handed out to his closest friends. Today, I received a bullet & was literally brought to tears.”