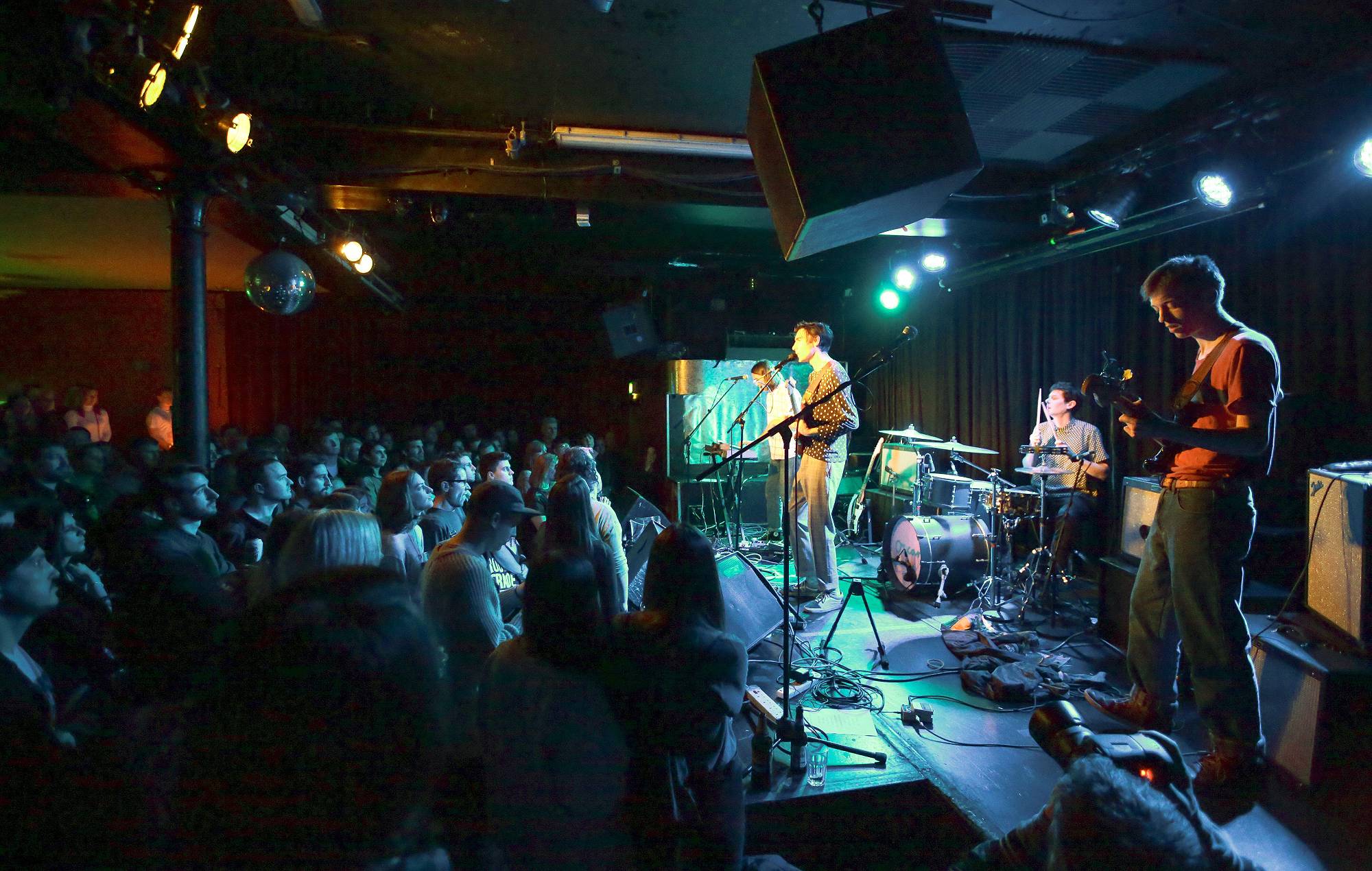 Music venues after a year of lockdown: “We’re not safe yet – we’re on the edge”

Grassroots music venues from across the UK have spoken to NME about their experience of being closed for a year during the coronavirus lockdown, and how they still need support to enter an uncertain future.

Today (Tuesday, March 23) marks the one year anniversary of UK Prime Minister Boris Johnson announcing the strict measures of the first lockdown to tackle the spread of COVID-19. By that point, many music venues had already closed their doors  – kickstarting a lengthy battle for survival that at its worst, saw the forecast that 83 per cent of the UK’s grassroots gig spaces could be lost forever. Thanks to the Music Venue Trust’s #SaveOurVenues campaign, the Cultural Recovery Fund and the support of the public, hundreds have been saved and less than one per cent have been permanently shut down.

However, with uncertainty surrounding the return of live music and what it might involve should gigs be allowed from the set roadmap date of June 21, 18 venues still remain at critical risk with countless others in need of normality for shows at full capacity this summer. One venue still in danger is London’s legendary The Lexington, which needs to raise £180,000 to secure its future after only receiving a fraction of what it needed from government funding.

“It’s been a very surreal year,” Lexington manager Stacey Thomas told NME. “We’ve survived by the generosity of people donating, through some grants and through the help of the Music Venue Trust.”

She continued: “We were in real trouble. Our landlords are being pretty unresponsive at the moment for some reason. We’re not like other tenants, we’re an event-led space and can only open if we’re allowed to put on bands and operate with a late licence. We can’t afford to pay rent because it’s geared towards us being extremely busy for as long as possible, and that’s not going to happen for a while – whether we’re allowed to or not.”

Doubtful of a solution or any more government funding soon, Thomas said the venue would likely remaining on the MVT’s critical danger ‘red list’, “because there’s no way we’re completely safe of staying afloat – we’re on the edge.”

“I’m hesitant to get excited about anything, because every time we do something happens,” she said. “We’re trying to book bands, but a lot of agents say they want to now put their bands on bigger venues because of the increased demand to see live music. They haven’t made any money for a year either so obviously they want to cash in at bigger venues. We’re having shows pulled from us and that’s really fucking annoying, to be honest.”

While concerned about the potential logistics of testing and vaccine passports should live music return this summer, Thomas added that all she wanted to do was welcome audiences back.

“It’s all a bit unknown and I’m trying not to get my hopes up, but I’d really just like to thank the fans,” she said. “I feel like our staff should line up and clap everyone back in like a guard of honour, and then run behind the bar and start serving.”

Another venue hoping to make it through to the point where they can welcome fans back is The Priory in Glasgow – who recently won the support of Liam Gallagher who donated items to auction. Having welcomed the likes of Gerry Cinnamon, Baby Strange, Lucia & The Best Boys, The Van Ts and Walt Disco to their stage among other rising local and Scottish acts, manager John Jokey said the venue’s future would only be safe when they can get back to doing what they do best.

“The Priory means a lot of different things to different people,” he told NME. “So many different stories come through the bar, and we’ve still got more to tell. A lot of people think we’re the heart of the Glasgow music scene, and without us it would be a lot harder for up and coming bands from the city. They need space to play, to make mistakes and feel part of the community.”

He continued: “Since the actual pandemic took hold, we’ve been open two weeks in the last year. We’ve got late night licence because we put on a lot of midnight gigs, so we were only able to open for three or four hours at a time to begin with. We tried that, but being a venue live music, DJs or any kind of music playing through the PA was important to us – but in Scotland we weren’t allowed to have any background music. It just didn’t work.”

Jokey admitted that the last year has “been precarious from a mental health perspective too because there are times where the uncertainty has been horrific,” and also fears that a third wave and second wave of the virus would find the venue “back at square one”.

He added: “It’s been difficult, but my big fear is about when we’ll be able to operate again as we usually do. Our whole business model is hot gigs with sweaty ceilings and bands and fans all going crazy. Everybody just wants to get back to it. We’re in a tight spot, and the stress takes its toll – but there’s light at the end of the tunnel. Hopefully we all get through it and survive.”

So far the Music Venue Trust’s #SaveOurVenues campaign has raised over £4million from more than 800,000 donations – with London’s The Black Heart securing a massive £150,000 just last week. MVT CEO Mark Davyd described the public’s gargantuan efforts as “one of the most heartwarming efforts I’ve ever seen”.

“I’ve had a long career in the music industry and never seen anything like this,” Davyd told NME. “People think it’s just about the money, but it’s not. Every time I read a message on Twitter saying, ‘What can I do to help?’ That’s just life-affirming.

“I got into this because I genuinely believed that grassroots music venues had been undervalued for years and had something very important to tell us about the way that we run the whole of our society. It’s incredibly heartwarming to find that a huge number of people agree with that. We will not sit here while our society is ripped apart.”

With health passports set to be trialled to “reopen live music safely“, Davyd called on the government to bring about test events for grassroots music venues sooner rather than later so that all obstacles can be overcome in time for the summer.

“We’re not out of the woods in any way, shape or form – but we’ve moved to the stage where we know what the road ahead might look like, and it does look very difficult,” Davyd told NME.

”There are going to be a lot of problems along the way around things like the restrictions that venues are going to have to try and enforce, decisions they’re going to make around who to let in and how to handle them.

“However, the light at the end of the tunnel is not an oncoming train but something that we just need to work out. We’ve worked most things out over the last 12 months.”

He added: “Less than one per cent of venues have closed down for good. Compared to the 83 per cent we feared would close, that’s remarkable. If we can achieve that during a crisis then think of how well we can do when we bring live music back and revive the whole sector. We remain very focussed.”

Speaking to NME at the end of last year, Davyd put the saviour of UK music venues down to “people power”.

“When we look at where donations are coming from and when they spike, it is very closely linked to the coverage we receive from the NME,” said Davyd. “What that means is that NME readers are taking action and making a huge difference to keep these venues alive. We want to make it incredibly clear to the NME and its readers that the Music Venue Trust are merely standing in front of the work done by the public, by artists and by good samaritans.”

He continued: “This is the result of people power. When Music Venue Trust and NME were first talking about this crisis in March, we were looking at the very real closure of 500 venues. It’s quite an astonishing achievement and it belongs as much to the writers and readers of the NME as anyone.”