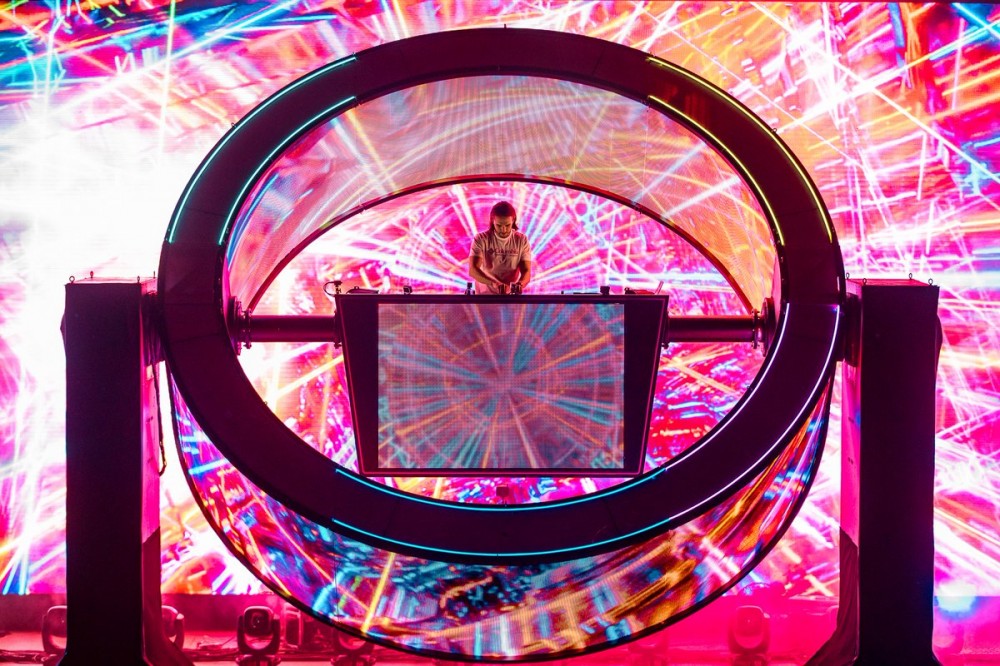 Zedd announced his forthcoming Orbit tour earlier this year, officially beginning in Seattle at the WaMu Theater on September 13. (Fans can catch him a week earlier in Los Angeles for Zedd in the Park at the LA State Historic Park with TroyBoi, Keys N Krates, and more.) But fans at Red Rocks last night got an early look at the new tour production.

The Orbit Tour will feature all new production for Zedd that will slightly resemble that of his Echo Tour previously. Only this time, the structure Zedd stands on is kinetic, and moves around him during the show. It only moves on one axis, but both the inner and outer sides are LED equipped to keep things interesting, even when the man himself is obscured by the structure.

Watch the video below to see it in action as he plays out his collab “Adrenaline” with Grey. Tickets to the Orbit tour are still available here.