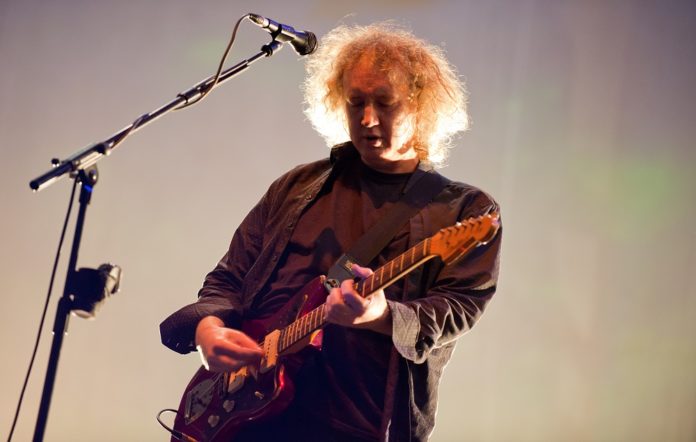 My Bloody Valentine have shared a cryptic new teaser, leading some fans to believe that the group’s music is returning to streaming services.

The latter release is the only My Bloody Valentine project to be available via Apple Music at present.

Tonight (March 29) the group took to Twitter to post a colourful 15-second clip presenting the date “31 03”, suggesting something is set to arrive this Wednesday. The video is soundtracked by the ‘Mbv’ song ‘Only Tomorrow’.

In the caption, My Bloody Valentine directed fans to their website where you can sign up for further information via email. You can see the post below.

A number of users in the comments section have suggested that My Bloody Valentine’s first three records will be landing on streaming platforms, while others have said that new re-issues could be on the horizon.

It’s also noted that this year marks the 30th anniversary of ‘Loveless’, although the focus on ‘Only Tomorrow’ means something celebrating that album is unlikely to be the project in question.

Last year, My Bloody Valentine teamed up with US streetwear brand Supreme for a new clothing collection that featured the iconic ‘Loveless’ cover artwork.

Other pieces included in the collection reference artwork taken from the band’s 1998 EP ‘Feed Me With Your Kiss’, along with their 1990 EP ‘Glider’.

“My Bloody Valentine has influenced generations of musicians and audiences. The band forged new possibilities in how to make noise music, as well as how to listen to and experience it,” commented Supreme in a statement.