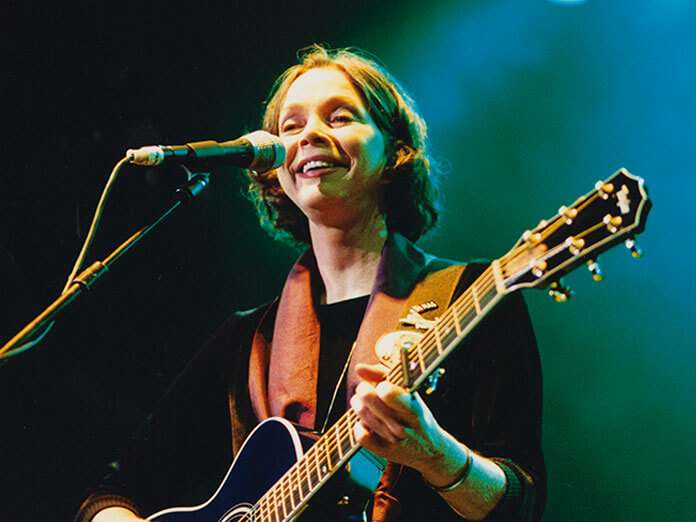 The news was confirmed by the singer’s management in a statement on August 13, but did not specify a cause, according to The Guardian.

“It was Nanci’s wish that no further formal statement or press release happen for a week following her passing,” Gold Mountain Entertainment added in a statement.

Griffith, who came out of the the mid-70s folk scene in and around Austin, Texas, was renowned for classics such as “Love At The Five And Dime” and “Outbound Plane”.

She was also known for her recording of “From A Distance”, from her 1987 album Lone Star State Of Mind, which went on to become a popular Bette Midler cover.

Nanci Griffith wrote such beautiful songs. I didn’t know her, but I believe it must be true that she had a big beautiful heart. You can hear it.

Sometime in the 90’s, Nanci Griffith, Mary Chapin Carpenter & I did a songwriter-in-the-round show at the Bottom Line in NYC. Nanci played ‘Trouble in the Fields’. It was–is–stunning. Here she is, singing it with the great @momaura. #RIPNanciGriffith https://t.co/88cqRFRZRp

V sad to hear Nanci Griffith has died .I thought she was wonderful , a great live performer,storyteller songwriter with a unique soulful voice ❤️I owe her so much as I loved the sound of her records & was thrilled when she invited me to appear on one ? She will be so missed ❤️

Meanwhile, Don McLean described her as “a lovely person.”

He added: “I worked with her on a TV special we did for PBS TV and on that show, we sang two duets. They were ‘And I Love You So’ and ‘Raining In My Heart’.

“I never heard anyone sing harmony in a more beautiful way. We should have done an album together. At this taping in Austin, Texas she brought her father to see it. I really loved her spirit it was warm and loving and I’m really sorry to hear she has gone.”

She described her 2012 record ‘Intersection’ as “a protest album”. It was her last album before she retired in 2013.