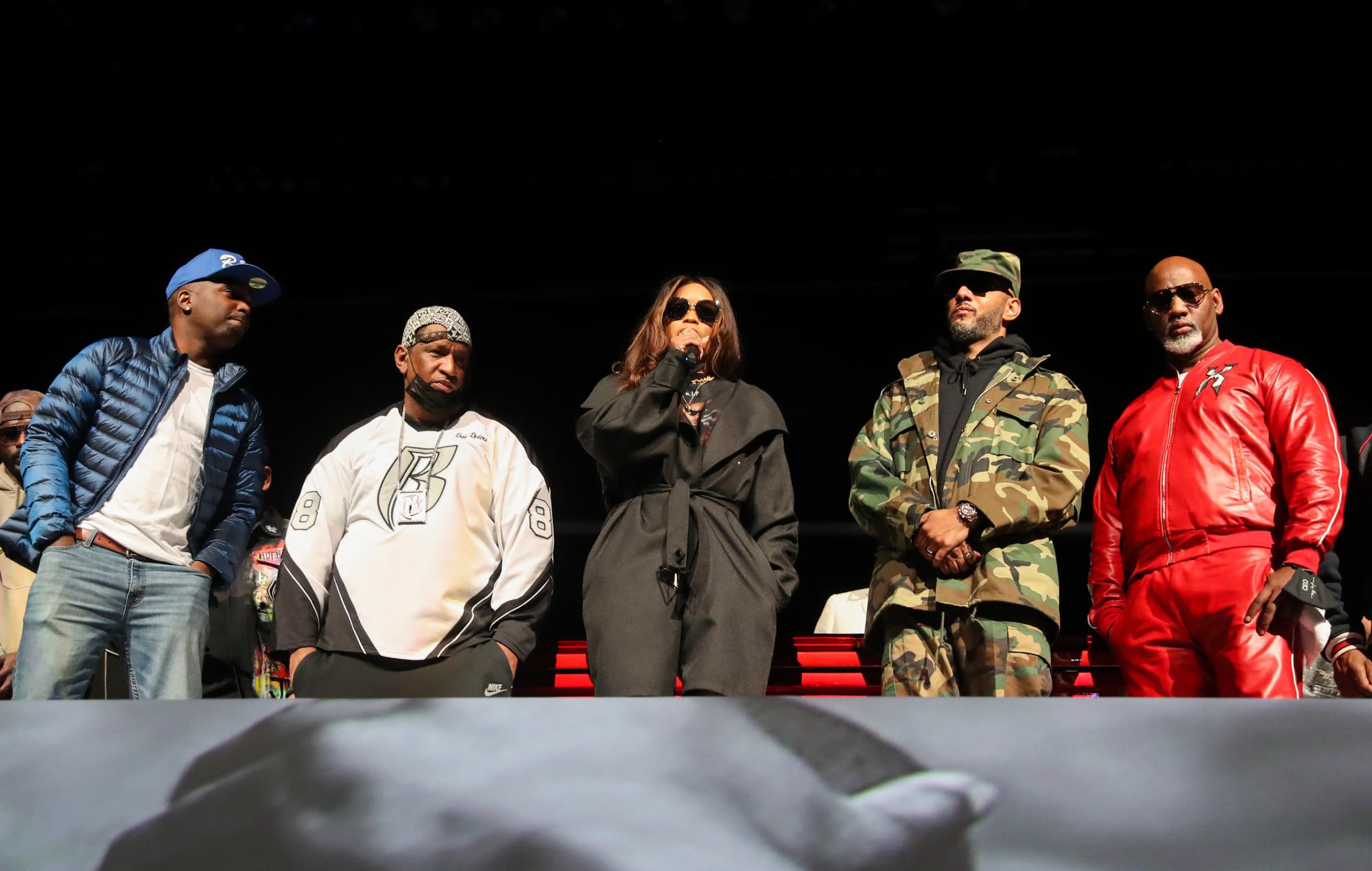 The artists joined friends and family of the late rapper at the “A Celebration of Life” event held at Brooklyn’s Barclays Center. Among them was DMX’s daughter, Sonovah, who rapped her version of DMX’s ‘Slippin’ – watch that further below.

Nas called DMX his “brother”, adding: “It’s an honour to be here tonight, at the same time it’s a sad day, it’s a glorious day.”

The rapper spoke of a movie they did together, during the time DMX was just “rising up” as a star. “He knew his journey was starting… He looked at me, tears in his eyes because he knew about the journey he was about to embark on: become a hip-hop icon” [via THR].

And producer Swizz Beats said: “Words can’t describe our loss, but our gain is heavy as well because we got a real serious person upstairs that’s looking down on us, and that’s going to guide us through our journey.”

Swizz Beatz said what needed to be said. 💎 #DMXMemorial pic.twitter.com/hDEWAaSJ0m

DMX’s family also spoke on stage. His fiancée Desiree Lindstrom stood beside his children and other family members. “Everything he did, he did for you all,” she said.

One of his sons said in an emotional tribute: “This man deepened my ability to love.” Another said: “We have lost an icon and the best father anyone could ask for.”

DMX, whose real name was Earl Simmons, died on April 9 aged 50 after suffering a heart attack that left him on life support.

Ahead of the service, the rapper’s red casket was driven to the Barclays Center on top of a Ruff Ryders monster truck that read “Long Live DMX” on the side.

Thousands of motorcyclists joined the procession from Yonkers to Brooklyn in tribute with the bike-loving Ruff Ryders.