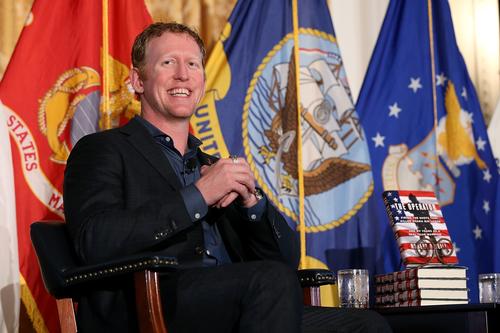 Looks like The Game played a role in ex-Navy Seal Robert O’Neill’s preparation the evening the raid that ended in the killing Osama bin Laden in 2011 after O’Neill revealed that he was tuned into The Game’s Lil Wayne-assisted “Red Nation.”

It was while at the Gaylord National Resort in Maryland that O’Neill was caught by TMZ with the reporter opening up the conversation on the topic the free stuff that comes along with being a national hero before asking him if he was listening to any music on the night the raid.

“On the night it? Yeah, I actually listened to ‘Red Nation’ by The Game featuring Lil Wayne],” he said. “He’s got some good stuff going on.”

The reporter then asked him if he ever wanted to The Game, and O’Neill told him to “set it up.”

“Red Nation” was relatively new on the night famed operation, having been released a month earlier in April. May 2nd would mark the day that O’Neill allegedly took the shot that killed the known terrorist. Up until 2013, O’Neill remained anonymous before being priled in a Fox News special.

The Special Ops veteran came under a great deal scrutiny for revealing his identity and has ten been challenged by critics for seemingly taking sole credit for the fatal shot that killed Osama bin Laden.