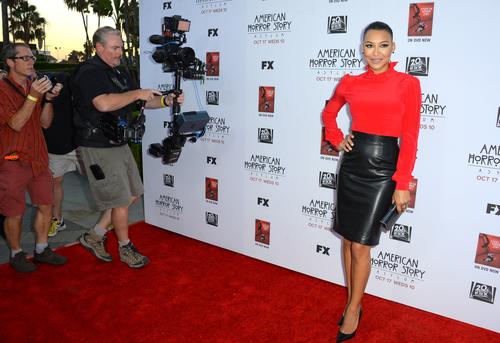 Naya Rivera was in hot water this past November after she was arrested and subsequently charged with domestic battery after an incident where she allegedly attacked her husband. The couple have since begun the divorce process, following the release the 9-1-1 call made by her spouse that detailed how “out control” his wife was acting. However, after all that drama, nothing much will come it for Rivera, as she’s had the charge against her dropped.

TMZ is reporting that the charge pinned on Rivera was thrown out last Friday (January 12th), as per the Kanawha County Magistrate Court’s fice in West Virginia. There’s no word on whether or not the former Glee actress will have her divorce proceedings affected by this decision, nor has there been any statement released by the actress or any her family members. You can watch footage Rivera from that fateful Thanksgiving Day weekend below.

Naya Rivera famously dated rapper Big Sean and was even engaged to him at one point, until the couple called f the nuptials following rumors that the Detroit rapper had stepped out on her with pop star Ariana Grande. His subsequent single, “I Don’t F**k With You,” was pegged as a direct shot at his ex, although reports later claimed that he and Rivera were still together when he laid that song down in the studio. Let’s hope the thespian is able to get herself back on track after this latest relationship failure.

Do you think the charges against Rivera should’ve been dropped or no? Let us know what you think in the comments.