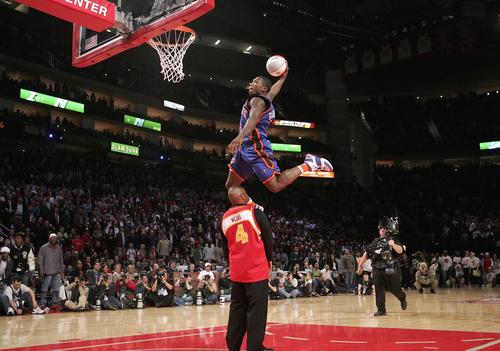 The NBA has announced the full rosters for the 2018 Celebrity All-Star Game, which will pit a “Lakers” squad, coached by ESPN’s Rachel Nichols, Tracy McGrady and Michael B. Jordan, against a “Clippers” team, coached by Katie Nolan, Paul Pierce and Common.

RELATED: Lonzo Ball Is Going To Be A Dad: Report

The Celebrity All-Star Game will be the first event the NBA All-Star weekend, scheduled to tip f on Friday, February 16th at 7 pm ET. The game will go down at the Verizon Up Arena at Los Angeles Convention Center, just down the street from the Staples Center where the rest the NBA All-Star festivities will take place.

The game will air live on ESPN, as well as streaming the WatchESPN app.

The Rising Stars Game, featuring the best first and second-year NBA players in a USA vs World format, will take place immediately after the conclusion the Celebrity All-Star Game on February 16th at 9pm ET.