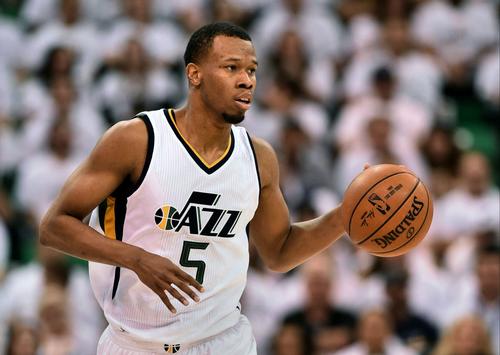 Rodney Hood had to know this was coming, the only question was how much lighter in the wallet he’d be. Today, he got his answer as the NBA ficially announced that his interaction with a fan in Washington earlier in the week will cost him $35,000.

The Jazz shooting guard was ejected towards the end the third quarter during Utah’s 107-104 victory over the Washington Wizards, but it’s what happened after he was tossed that cost him the $35k.

After picking up his second technical foul with just over two minutes remaining in the third, Hood began his walk shame back to the locker room. That’s when a fan seated near the baseline at Capital One Arena pulled out his phone in an attempt to capture the moment from point blank range.

However, Hood had other ideas.

Hood finished with seven points, six rebounds and two assists in his 15 minutes action. The Jazz went on a 9-0 run following his ejection and went on to win 107-104.

In 32 games this season, the 25-year old guard is averaging 16.5 points, 2.8 rebounds and 1.8 assists. His 16.5 points per game is second on the team, only to rookie standout Donovan Mitchell.

The Jazz, 17-24, will be in Charlotte tonight to take on the Hornets and Hood is expected to play as usual.