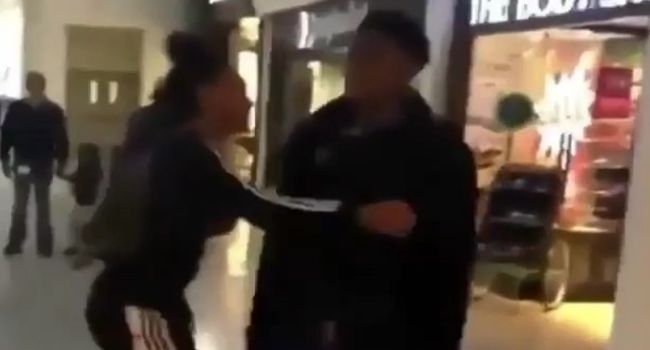 NBA YoungBoy Almost Gets Into Fight At The Mall

NBA YoungBoy almost got into a fight at the Lenox Mall in Atlanta with a man who appeared to be from Chicago.

It's not clear what started it all, but a video surfaced the Baton Rouge rapper arguing, then approaching a guy in a red shirt. NBA's girlfriend was there as well and tried to break things up but he violently shoved her out the way.

In the end, nothing really happened between the two men.  There was a lot tough talking and threats exchanged but no punches were thrown.

Afterward, NBA received some backlash for pushing his girl out the way, especially from The Shaderoom — which he had something to say about.

What do you think about NBA shoving his girl like that?