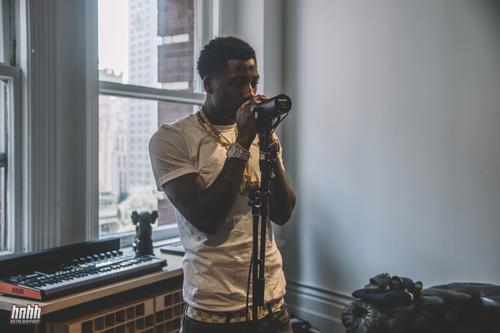 Earlier this morning, it was reported that YoungBoy Never Broke Again was hit with some serious charges aggravated assault and kidnapping. Video footage surfaced him throwing his girlfriend around a hotel hallway, and it would appear that a Grand Jury has deemed him a menace to society; it’s not entirely unprecedented, as YoungBoy has previously been arrested for aggravated assault in a separate case altogether. While the full extent his current legal status has yet to be revealed, it doesn’t exactly seem like things are looking good for YoungBoy. In fact, the young rapper recently took to Twitter to seemingly address his ongoing dilemma.

“Just need to hurry up in die so this shit can be over,” wrote YoungBoy, in an alarming Tweet. It’s hard to say whether or not NBA’s message is sincere, but either way, it speaks to the seriousness the rapper’s predicament. Still, YoungBoy’s fans have been quick to voice their support, and have filled up the rapper’s comment section with uplifting words encouragement.

It’s hard to say what this might spell for YoungBoy’s upcoming album, but only time will tell. For now, all we can do is wait and see what comes this. He wouldn’t be the first up-and-comer to do jail time, and hopefully, he can find a way to keep his head up. No matter what he might have done, it would be a shame to see the young rapper driven to feeling suicidal thoughts.