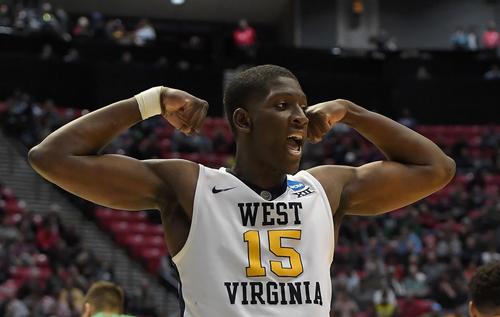 The #1 seed Kansas Jayhawks and #5 Clemson Tigers will kick things f tonight on CBS at 7:07pm ET, followed by #2 Duke vs #11 Syracuse, the lone double-digit seed still alive on the right side the bracket. The winner those two games will square f on Sunday, March 25, to determine which team will represent the Midwest Region in the Final Four.

Over in the East Region, #1 Villanova will go up against the #5 West Virginia Mountaineers on TBS at 7:27pm ET. Both teams have blown out their first two opponents but things should be much more competitive tonight as Bob Huggins’ vaunted press matches up against Nova’s talented scorers, specifically Jalen Brunson and Mikal Bridges.

After the conclusion that game, we’ll see the #2 Purdue Boilermakers vs the #3 Texas Tech Red Raiders. It is expected that Purdue big man Isaac Hass will be eligible to play after the NCAA altered the interpretation a rule, allowing him to wear a brace on his fractured right elbow. The victors will go head to head against the winner Nova/WVU in the Elite 8 on Sunday.

Check out the full tv schedule, start time and odds for tonight’s Sweet 16 action below.