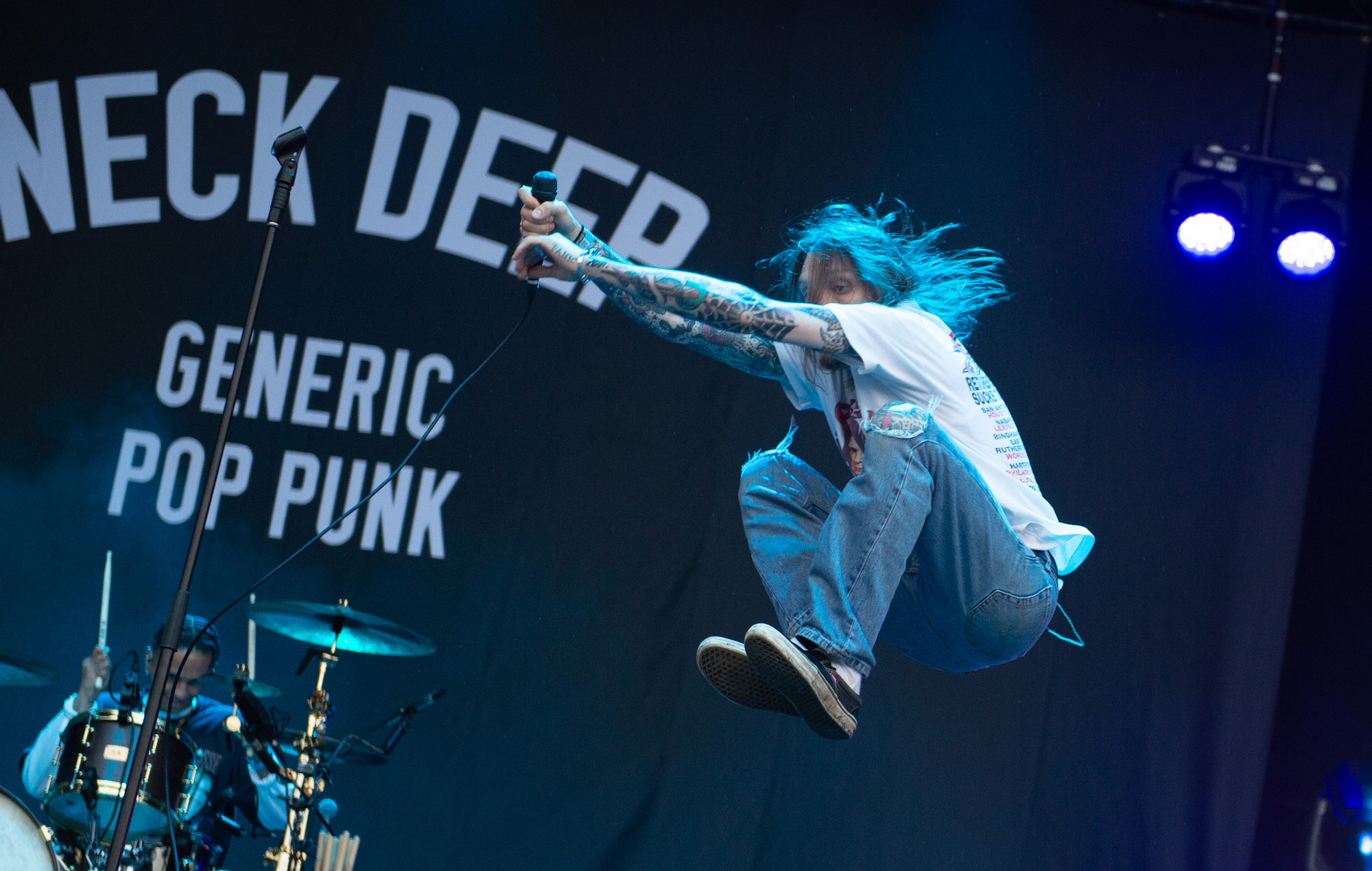 Neck Deep push ‘All Distortions Are Intentional’ tour back to February

Neck Deep have announced that their forthcoming UK tour – which was initially slated to start next week – has been postponed due to the ongoing rise in COVID-19 cases.

The run will now kick off in February, although the Welsh band are yet to confirm any actual dates. In a statement shared on Instagram today (January 4), the band noted that a new slate of shows will be announced in the coming days.

In their statement, Neck Deep confirmed that their decision to postpone came down to ongoing surge of COVID-19’s Omicron variant, as well as “the ongoing restrictions in Ireland and Scotland”. The band noted that all tickets purchased for the old shows will remain valid.

“This is not a decision we make lightly,” they continued. “As our friends in Sleeps have rightly pointed out, at this time when the government fails to provide clear direction and guidance regarding events, hospitality and entertainment, it feels necessary to take it upon ourselves to do what we think is right for our fans.”

US rapper Nothing,Nowhere, has also been forced to back out of the tour due to scheduling conflicts. Hardcore outfit Higher Power and fellow pop-punkers Happydaze are still scheduled to appear though.

Neck Deep are still locked in to begin a European tour later this month, kicking off in Belgium on January 24 before wrapping up in France on February 9.

The band are currently on tour in support of their fourth album, 2020’s ‘All Distortions Are Intentional’. In a three-star review of it, NME’s Dannii Leivers said the album felt “like a sugar rush that wears off quickly”, noting that “Neck Deep have settled for what’s essentially a watered-down version of their original sound”.

Following the album’s release – and a subsequent cover of the Peep Show theme song – Neck Deep revived their Slipknot tribute, SlipNeck, for a special Halloween livestream. They played a trio of Slipknot classics – ‘Wait And Bleed’, ‘Duality’ and ‘Left Behind’.