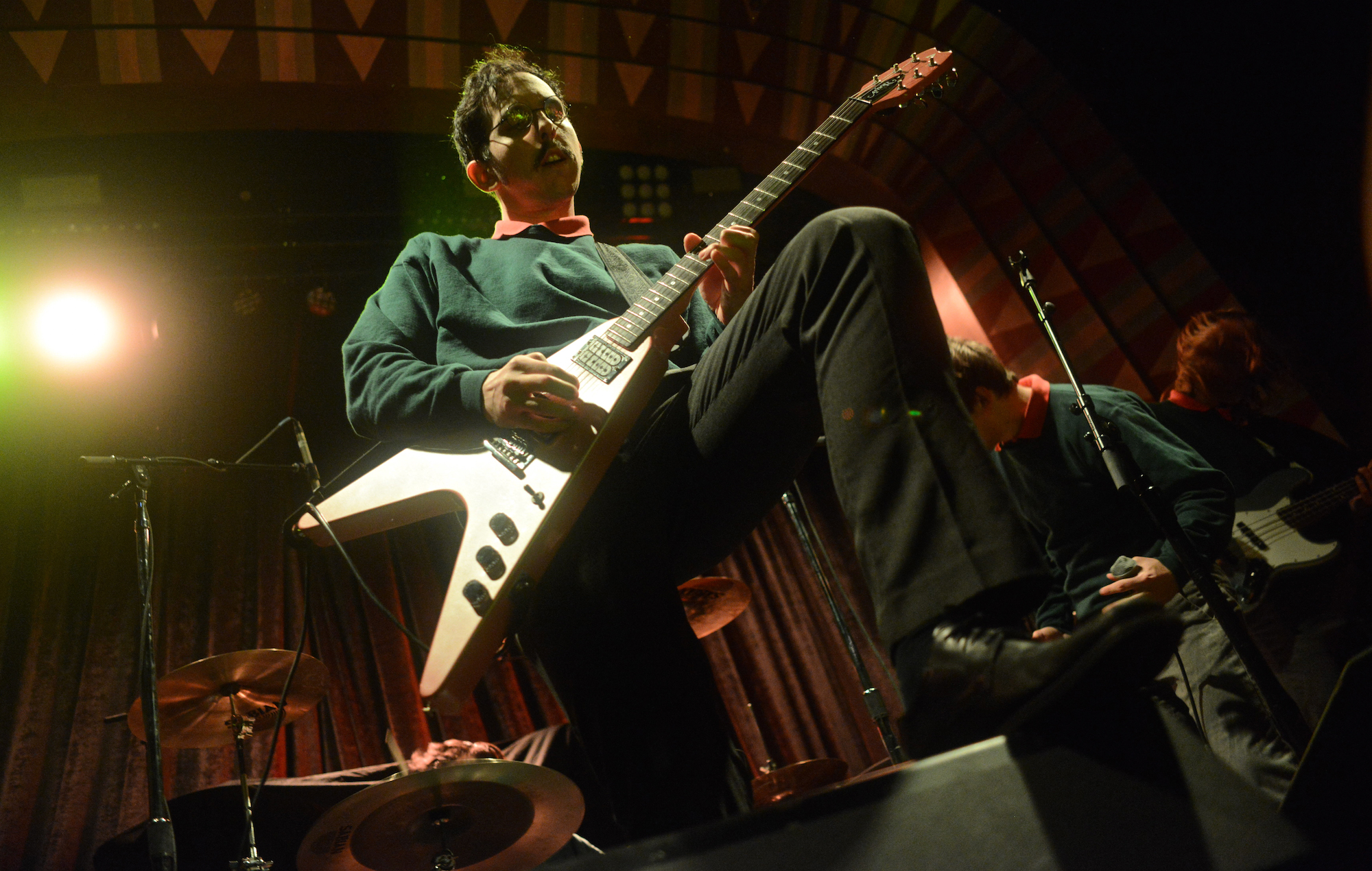 Okilly Dokilly – the world’s first (and only) metal band inspired by The Simpsons’ God-fearing neighbour Ned Flanders – have announced a 21-date run of North American headline shows for 2022, marking what may well be the group’s final ever performances.

The run, aptly branded ‘Tourdilly Do ’22’, will kick off on Thursday April 14 with a show at The Shrine in Tulsa, before rolling on through with a show almost every night until Saturday May 7, when the tour wraps up – alongside the band’s storied history, which includes a full-circle moment on The Simpsons itself – at Austin’s Empire Control.

Tickets for all shows on the tour can be found via the “Nedal” band’s website.

“When we started Okilly Dokilly, our goal was to play maybe two shows,” frontman Head Ned said in a press release. “We imagined being the third or fourth band on a seven-band metal show. We would step out in our sweaters and confuse the 12 or 13 people in attendance, and then have a great story. Things turned out a little differently.”

The band initially formed somewhat half-earnestly in 2015, breaking out as a viral sensation before they’d even played their first show. They minted two albums over six years, with 2016’s ‘Howdilly Doodilly’ followed up in 2019 with ‘Howdilly Twodilly’.

Okilly Dokilly made their UK touring debut in 2018, with their ostensible peak coming less than a year later when their single ‘White Wine Spritzer’ was featured in the Simpsons episode ‘I’m Just A Girl Who Can’t Say D’oh’. At the time, Al Jean, the show’s executive producer, said: “We saw the video and knew they had to be on the show.”

“Okilly Dokilly did way more than I ever expected,” Head Ned continued in his statement. “I’m really grateful for all the people who have been part of it. And especially to everyone who came out to our shows to say howdilly doodilly. We’ve been touring pretty relentlessly since 2016 and, last year, I became a dad. So it’s time for a break. It’s time for me to shave off the Ned mustache and grow the dad mustache.

“We just want to let everyone know that we won’t be touring or making any new music in the next few years. I’m not sure if or when we’ll be back, but for now, it’s ‘toodilly do.’”