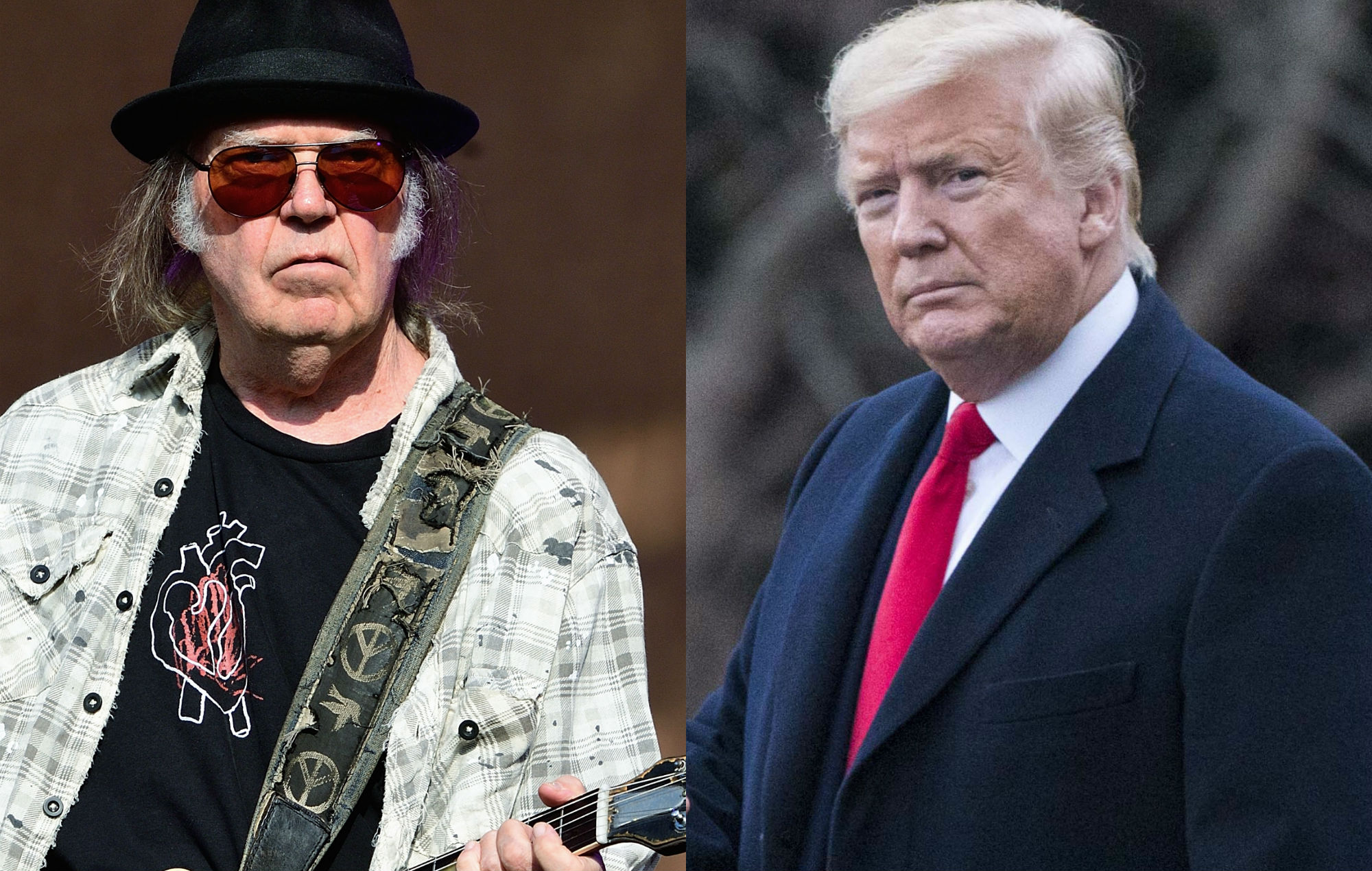 Neil Young condemns use of his music by Donald Trump

Neil Young has condemned the use of his music by US President Donald Trump ahead of his Fourth of July speech at Mount Rushmore.

Before Trump’s speech, three of Young’s songs were heard blasting from the speakers – ‘Rockin’ in the Free World’, ‘Like a Hurricane’, and ‘Cowgirl in the Sand’. Young took to Twitter to voice his disapproval.

This is NOT ok with me… https://t.co/Q9j9NRPMhi

Young continued with a subsequent tweet, voicing his support with the native Lakota Sioux people.

I stand in solidarity with the Lakota Sioux & this is NOT ok with me https://t.co/iPVcFplOHa

This is not the first time Young has publicly denounced the association of his music with Trump. Five years ago, Trump similarly used ‘Rockin’ in the Free World’ to mark the launch of his US Presidential candidacy campaign.

Representatives of Young issued a statement soon after damning Trump’s use of the track. “Donald Trump was not authorized to use ‘Rockin in the Free World’ in his presidential candidacy announcement,” the statement read. “Neil Young, a Canadian citizen, is a supporter of Bernie Sanders for President of the United States of America.”

However, Trump’s camp later told TMZ that they “paid for and obtained the legal right” to use the song for their campaign launch.

Young has been particularly vocal in his distaste for Trump. Most recently, he shared a number of protest songs from across his career as part of the sixth episode for his Fireside Sessions series. The episode included his own song ‘Lookin’ For A Leader’, which saw Young editing his lyrics to criticise Donald Trump and his reaction to the recent Black Lives Matter protests.

This was preceded by an open letter penned by Young to his fans in early June that voiced his support for the Black Lives Matter movement while describing Trump as a “poor leader who is building walls around our house”.

Young released his 40th studio album ‘Homegrown’ on June 19. NME gave it a five-star rating, describing it as “a shimmering diamond well worth unearthing”.