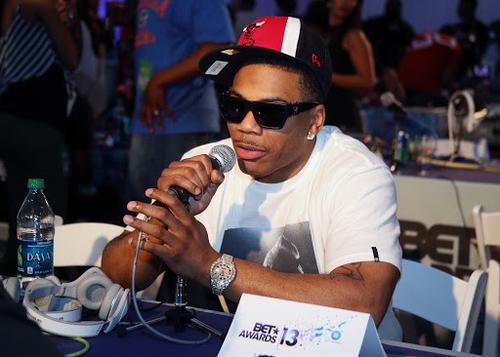 Nelly Under Investigation For Sexual Assault In England

Another criminal investigation Nelly’s alleged sexual misconduct, is taking place, this time in England, where the rapper last made a club appearance at the Cliffs Pavilion in Essex.

Nelly’s attorney Scott Rosenblum spoke with on the matter:

“These allegations arose after Ms. Green amended her suit for money to include a reference to these claims. The fact that the police are investigating these claims is not new information and Nelly welcomes a thorough investigation. Nelly is confident that once investigated, these claims will be determined to be disingenuous.”

According to the accuser, the incident that is under investigation occured after she prompted the rapper for a photo. She went on to describe the rapper reaching around and asking her to stay behind the backstage area. Once in his dressing room, the rapper allegedly prodded at her clothing, attempted to kiss her, and forced her head down towards his erect penis, at which point the accuser leapt from the room altogether. This testimony was later transcribed and passed on to local authorities a few months after the incident.

Apart from the aforementioned statement by his lawyer, no other comment has been issued by Nelly’s camp. We await further details on the matter