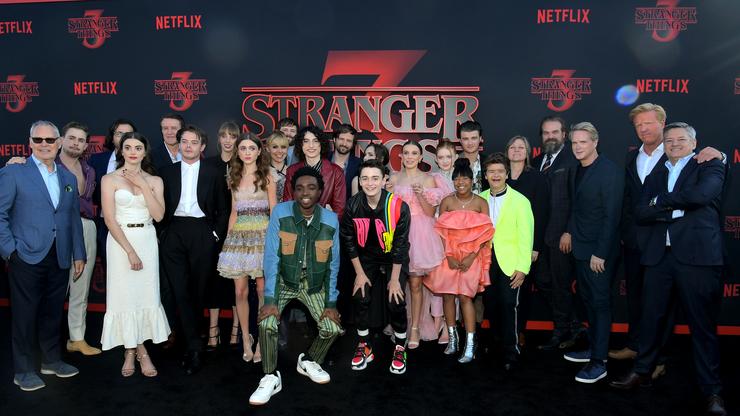 Netflix dropped the first teaser for “Stranger Things” season 4 on Friday, and the brief sneak peak reveals some crucial information about one of the show’s beloved characters.

As Stranger Things season 4 is set to drop sometime later this year, Netflix decided to give fans the first taste of what the next instalment of the sci-fi thriller series has to offer. Beware of spoilers ahead, as this teaser, titled “From Russia with love…” reveals a pretty significant detail about one of the show’s main characters.

In the 50-second clip, viewers are transported from the small town setting of Hawkins, Indiana, to a freezing, snow-capped base camp in Russia. In a grand reveal, one of the railroad workers turns out to be none other than a bald Jim Hopper, Hawkins former Chief of Police who was presumably killed at the end of Season 3 in a massive explosion as the gang tried to defeat the Russians. However, when a post-credits scene in the finale revealed that the Russians had kidnapped “an American” without specifying which American, many fans became convinced that Hopper was the American in question and was, thus, still alive. Despite these suspicions, it was not officially confirmed until now that Hopper, played by David Harbour, would be returning for season 4. While fans can now breathe a sigh of relief for the fate of the beloved anti-hero, this detail is really all anyone knows about the show’s return, including the cast members.

“I have no idea what happens in the entire season,” Finn Wolfhard, who plays Mike Wheeler, revealed in January. “I talked to a few other cast members. One of them has a script, and the others don’t. It’s somehow calculated. I don’t know how they do it, but I honestly have no idea how it’s going to go.” Best to keep everyone in the dark until the last second to increase the suspense, it seems.